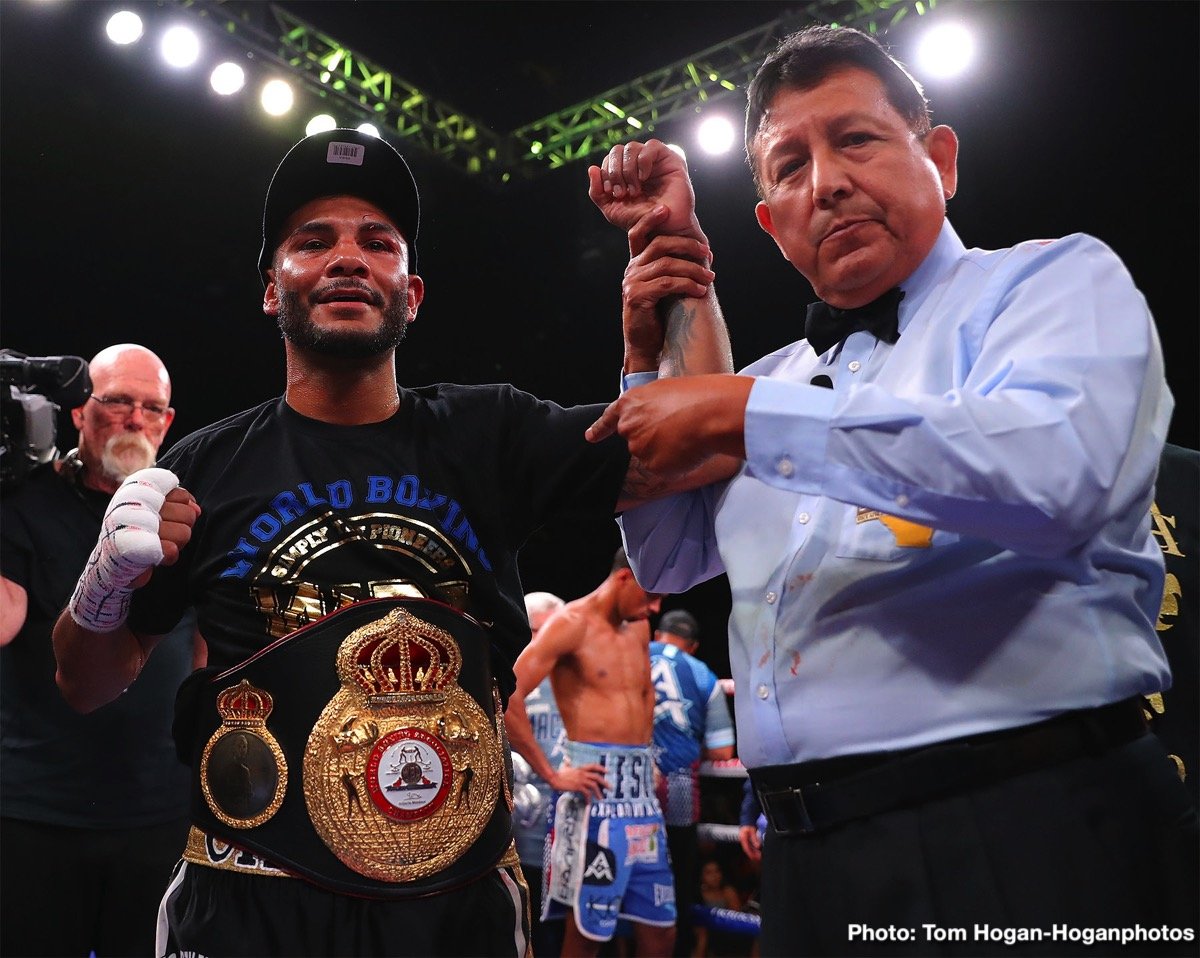 For the second time in a row, WBA World super flyweight champion Andrew “El Chango” Cancio (21-4-2, 16 KOs) proved to have too much for Alberto “Explosivo” Machado (21-2, 17 KOs) in stopping him in the third round on Friday night at the Fantasy Springs Resort Casino in Indio, California. Cancio, 30, knocked Machado down with a hard body shot in the third round. Machado had taken a lot of hard shots in round two that sapped the strength from him.

Machado stayed down too long before attempting to get back up, and he was counted out by referee Raul Caiz Sr. The fight was stopped at 1:01 of round three. Although Machado could have beaten the count, he looked he was done.

In the second round, Cancio was cut, but he still fought well in landing some really nice shots.

Earlier this year, Cancio pulled off an upset in stopping then WBC 130 pound champion Machado, 28, in the forth round last February. At the time, it was a big shocker that the unheralded Cancio was able to beat such a talented knockout artist as Machado, but he did it with body shots.

With the grumbling that a lot of boxing fans are doing about the referee stopping the fight just as Machado was getting up, it leaves open the window for Golden Boy Promotions putting together a trilogy match between the two fighters. Hopefully, they don’t do that, as Cancio has unfinished business with Joseph Diaz Jr., who stopped him in the ninth round in 2016.

It makes all the sense in the world for Cancio and Diaz Jr. to fight each other in a rematch rather than Golden Boy putting together a third fight between Cancio and Machado. They can certainly match them up against each other in the future, but they should let some time go by before they do so.

For the third fight to have any real meaning, Machado has to turn things around with his career by showing the boxing world that he’s capable of winning once again. It was the wrong move by Machado to take the rematch with Cancio right away rather than taking a few tune-ups first. If Machado fights Cancio in a third consecutive time, it could spell the end of his career. Someone needs to save Machado from himself by letting him know that it’s not a good idea for him to fight Cancio anytime soon. Let Cancio fight Joseph Diaz Jr. again first. Diaz Jr. seemed to have Cancio’s number in beating him in 2016. He might still be able to do it.