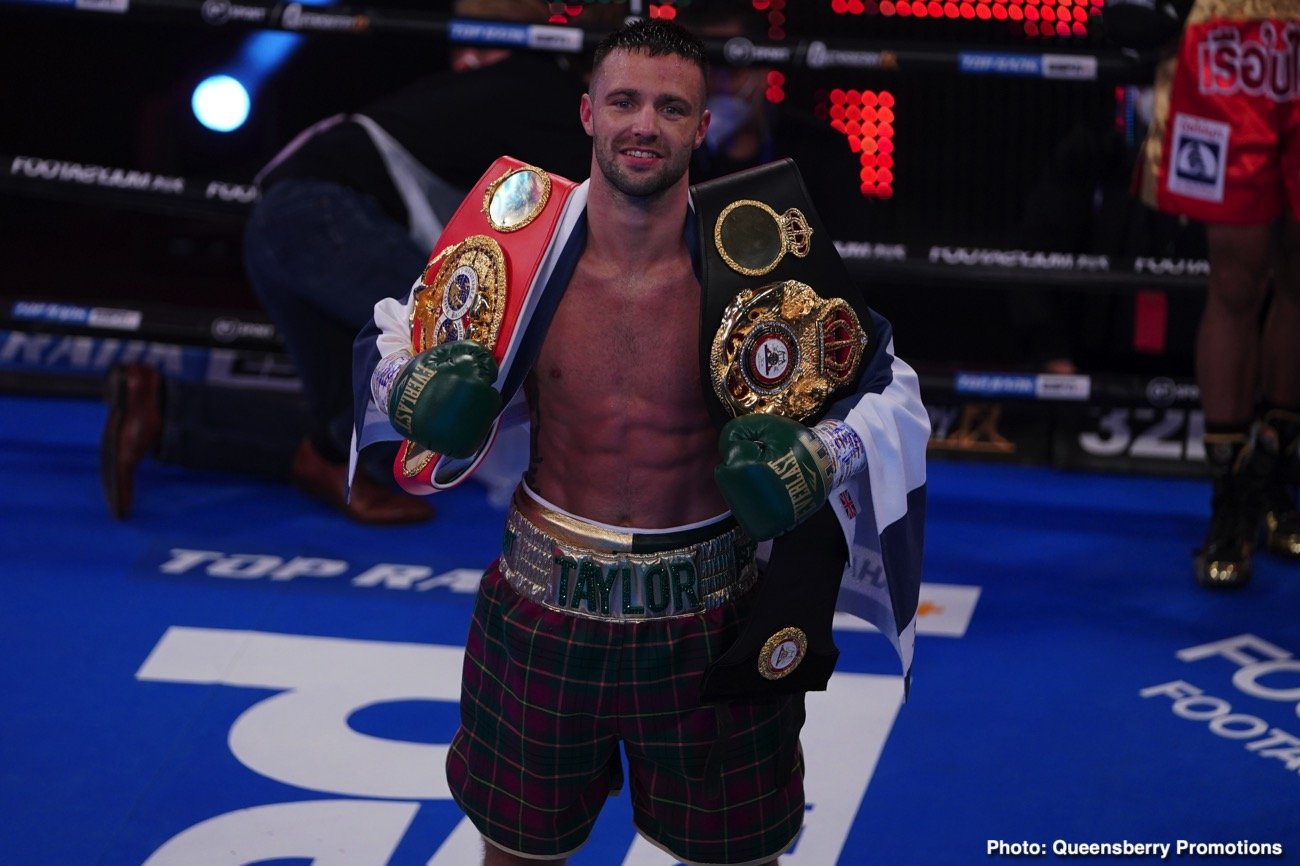 Josh Taylor Wants World Titles At Three Weights And Retirement At 32 Or 33 – And Fights With Crawford, Spence Or Lopez

Josh Taylor, like many fighters, has it all mapped out. Currently, the IBF and WBA 140 pound champion, the man from Edinburgh has gone on record as saying he aims to be retired by the age of 32 or 33, after maybe six more fights. A superb talent, Taylor’s first mega-fight will, he hopes, be that 140 pound unification clash with Jose Ramirez. Then, as the recently turned 30 year old said to BBC Scotland, he will look at either moving down in weight, to 135, or up in weight, to welterweight.

If he can get past Ramirez – in what promises to be an absolutely brilliant fight, perhaps one of the top three of four best fights of this year – the sky will, as the saying goes, be the limit for Taylor, 17-0(13). Taylor has looked sensational in extremely high-quality fights with the likes of Regis Prograis, Ivan Baranchyk and Viktor Postol (two of these close fights but definite wins for the Scot), and fights with the guys he is aiming for: Ramirez, Teofimo Lopez, Terence Crawford and Errol Spence, would be fantastic to see.

“I don’t want to be fighting until I’m 36, 37, 38 and the body starts falling apart,” Taylor said. “Ideally, I want to retire at 32 or 33. It’s (the Ramirez fight) looking like February, March, April time. It’s most likely going to be in America. I’ve always wanted to fight in America in a big show and see my name up in bright lights.

“I’m making the weight so much more easily. I could maybe even go down to 135 and challenge for a title there and then jump up to 147 and be a three-weight world champion. You’ve got Teofimo Lopez, who is big for 135 – it would be hard to make the weight but I think it’s doable. And the I’d jump up to 147 to take on Terence Crawford and Errol Spence, the greats of the sport.”

Now that sure is a plan-and-a-half. But just imagine if Taylor was able to pull it off – would it make him the greatest Scottish fighter ever? Very possibly. But as special as Taylor is, maybe, just maybe it’s not out of the realms of possibility. Fighters are aiming higher than ever these days, with more titles sought, more weight divisions set to be conquered. And Taylor is not lacking when it comes to the ability to think big.

Taylor last fought in September, when he made short work of Apinun Khongsong, and having trained right through the Christmas period, Taylor is bursting with desire to get back in the ring. Hopefully, it will be that clash with Ramirez next. And then, if he’s victorious, who knows how much more we can expect from Taylor.