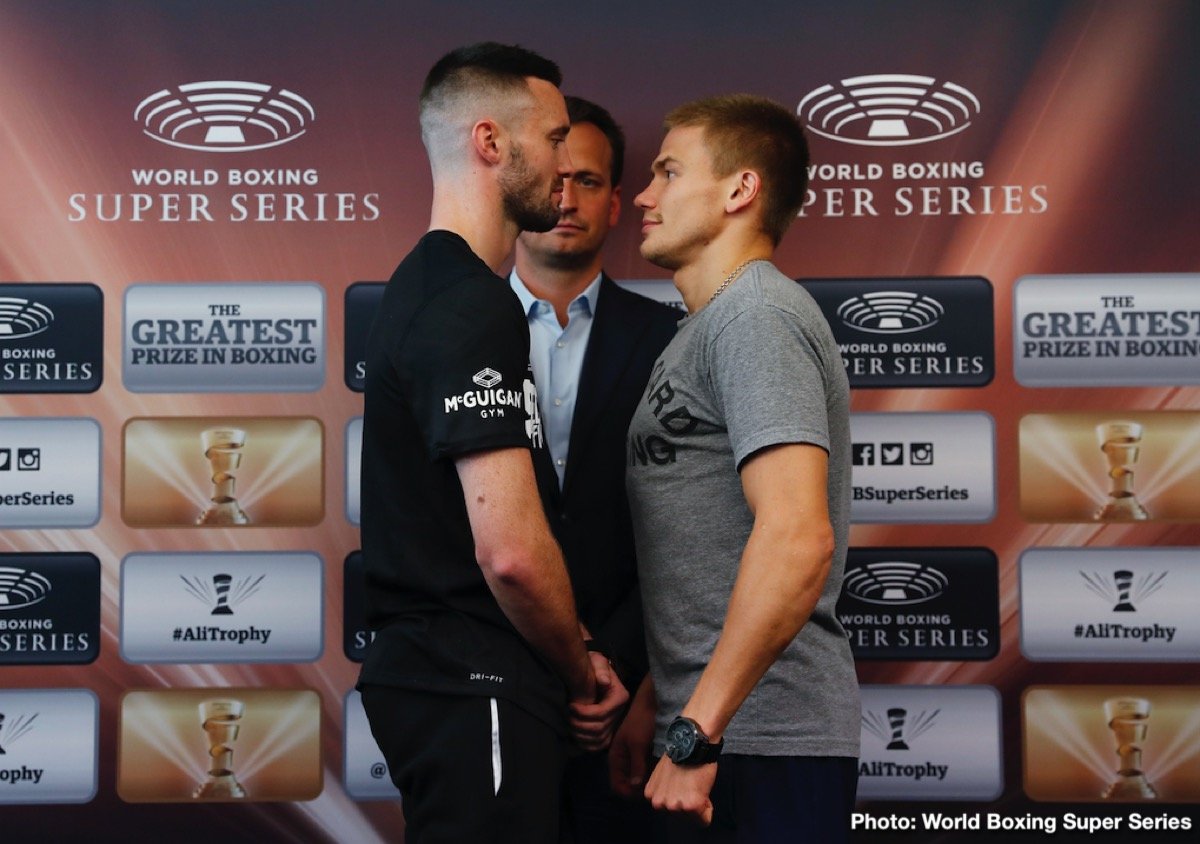 Taylor at the final press conference: I am ready to do the job!

WBSS Super-Lightweight and Bantamweight Semi-Finalists Josh Taylor and Ivan Baranchyk and Naoya Inoue and Emmanuel Rodriguez met at the final press conference ahead of Saturday’s showdowns of the unbeatens at The SSE Hydro.

“I’m ready to do the job. Baranchyk is strong, he comes forward but I see a lot of flaws in him, a lot of mistakes and I’m going to exploit him. I cannot wait to get in and fight him.

‘”The World Boxing Super Series is the best guys in boxing all fighting against each other. It doesn’t happen enough and I’m in this game to prove I’m the best. I believe Baranchyk is one of the best in the division but I’m fully confident I’m going to win on Saturday.”

“I don’t mind being the visiting fighter,” said the IBF titleholder, Ivan ‘The Beast’ Baranchyk (19-0, 12 KOs). “I will fight every man, everywhere and I believe I can knockout Taylor on Saturday.”

The bantamweights felt equally confident of not letting their O’s go either.

“I have a lot of respect for Rodriguez and I expect a tough fight,” said WBA champion Naoya ‘Monster’ Inoue (17-0, 15 KOs). “I have studied him quite a bit, but you don’t really know him until you get in the ring. Once we are there I will figure out how to get the victory,” he said feeling confident of going all the way; “I entered the tournament to get the trophy.”

“I am very excited to be here,“ said IBF champion Emmanuel ‘El Sensacional’ Rodriguez (19-0, 12 KOs) who is putting his belt on the line on Saturday. “This fight with Inoue is something we wanted for a long time, so we are glad it’s happening. On May 18 I will still be the world champion!”

Scotland’s Josh ‘The Tartan Tornado’ Taylor and Belarus’ IBF Champion Ivan ‘The Beast’ Baranchyk continue their quest for the Ali Trophy in the 140 lb division on 18 May at The SSE Hydro in Glasgow, Scotland.

Taylor (14-0, 12 KOs) and Baranchyk (19-0, 12 KOs) both looked strong on their way to the semi-final against previously unbeaten opponents.

When Baranchyk advanced on October 27 and took home the vacant IBF title, he showed his devastating power against Sweden’s Anthony Yigit and forced the ring doctor’s stoppage in the seventh round in New Orleans, USA. The Belarusian’s message about going all the way and win the tournament is clear.

“My nature, effort and my love of boxing will help me get the Ali Trophy,” said Baranchyk.

On November 3rd Taylor impressed when he completely outmanoeuvred and eventually stopped USA’s Ryan Martin in round seven at The Hydro in Scotland’s capital. Now Taylor is not only fighting for a place in the final, he is also taking his first shot at World title glory.

“I am delighted to be fighting for the world title,” said Taylor. “It is a childhood dream to become a world champion. I am very confident I will win and do it in fashion.”

The World Boxing Super Series is looking forward to returning to Scotland.

“We are super excited to bring the biggest boxing event to Scotland in many years,” said Kalle Sauerland, Comosa’s Chief Boxing Officer. “It is not only a night of world championship boxing but also the massive opportunity to claim a place in the final of the World Boxing Super Series and be crowned the best super-lightweight in the world.”

Tickets for the hotly-anticipated semi-final will soon go on sale. Fans are encouraged to sign-up for Ticket Alerts to receive an email reminder when tickets can be purchased. All dates and venues for the sensational Season 2 semi-finals will be announced shortly.

Fans in the U.S. can watch the WBSS semi-finals LIVE on DAZN, the global sports streaming platform. To sign up for a one-month free trial, fans can visit DAZN.com or download the DAZN app to their preferred connected device.