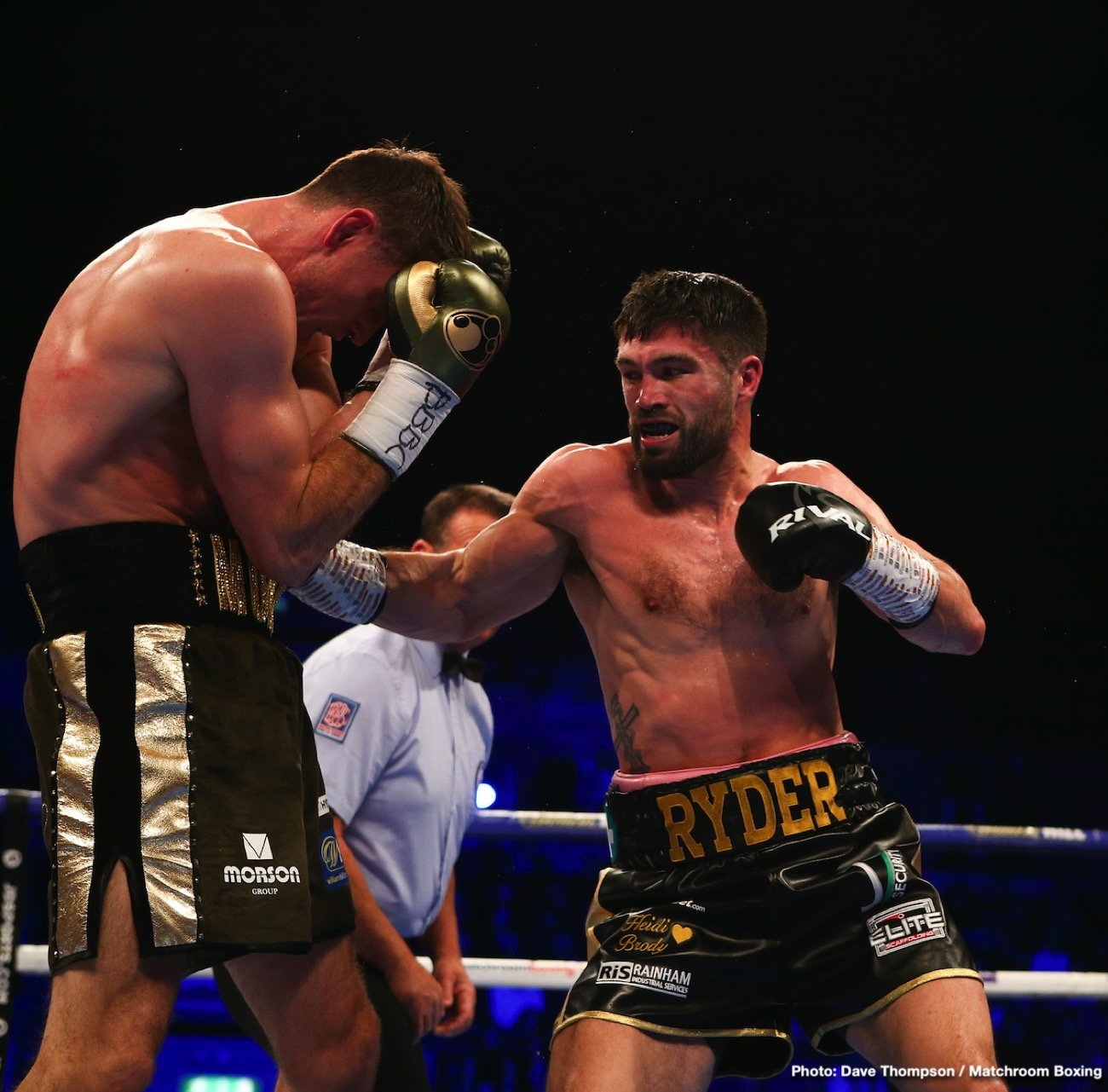 Oscar De La Hoya recently bemoaned the fact that plenty of fighters are asking for far too much money to fight Canelo Alvarez. This money is not there for the September fight the Mexican star has planned, what with only a small live audience likely to be in attendance due to the coronavirus and the distancing regulations. One fighter who understands that mega-bucks will not be on offer but wants the fight all the same is British super-middleweight John Ryder.

Speaking with Sky Sports, Ryder says Eddie Hearn has contacted Golden Boy to let it be known Ryder is ready, willing and available for September, and Ryder says he fully understands how “the money is not there for these big shows,” but is “up for the chance of a lifetime.”

Canelo wants to fight as he has not seen action since November, and with no big fight/big name a realistic possibility, maybe Ryder is the perfect solution to the problem – Ryder being a good, determined fighter with a fan-friendly style who will take the fight for what would amount to a modest fee. And Ryder showed his ability in his last fight, when he pushed Callum Smith all the way in November and deserved the decision in the opinion of quite a few people.

Smith, the WBA super-middleweight champ, also hopes for the Canelo fight, as does Chris Eubank Jr and one or two other guys (Billy Joe Saunders recently withdrew from contention, insisting he does not have anywhere near enough time to train for the big fight; Saunders also turning his nose up at any pay cut ideas). So again, unless a deal with Smith or Eubank Jr can be reached (perhaps doubtful as they would want considerably more money than is in the pot), Ryder might be the ideal solution.

“I know that Eddie put a text in to Golden Boy and said that we’re available,” Ryder told Sky Sports. “There’s a few names in the hat. Hopefully my name is at the top and gets picked out. Listen, he’s looking for an opponent, and I know the money is not there for these big shows. It’s a chance of a lifetime. I’m up for it. I’m in the gym, I’m keeping fit, I’ve been keeping fit the whole lockdown. Give me the call and I’m more than ready to go.”

Ryder may not be too familiar to U.S fight fans, but the 31 year old from London is a good, solid fighter who has proven he can raise his game in a big, big fight. A southpaw, Ryder fought plenty of his fights as a middleweight but he moved up in 2017 and he sure looked strong and durable in the Smith fight. At 28-5(16) Ryder has a good record and he has picked up plenty of experience in fights with the likes of Smith and, before that, Rocky Fielding, Jamie Cox, Adam Etches and Nick Blackwell (Blackwell the only man to have stopped Ryder).

Canelo is more than likely looking at a “tune-up,” or “rust-remover” type of fight in September. Ryder might be the ideal foe. Although Ryder, if he gets the fight, will of course be looking at it as anything but. Ryder might just give Canelo an exciting, fan-friendly fight if he lands the shot.