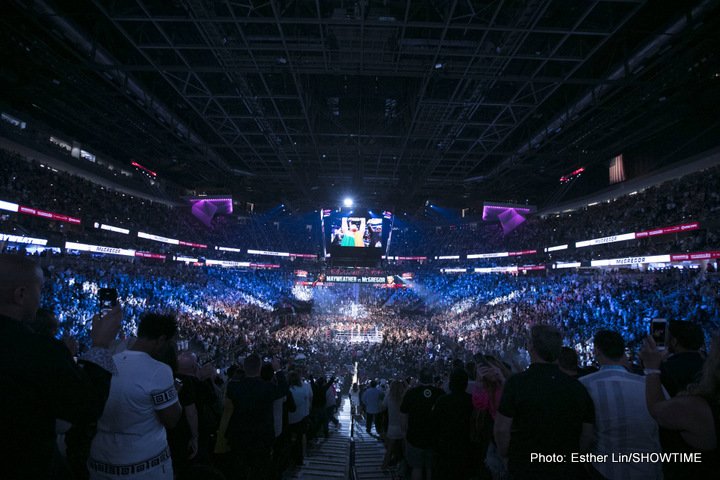 People have been saying it for years. That boxing is dead. It is not as good as the “glory years”. The fighters are not the same. MMA is the “king” of combat sports. However recent trends prove that not only is boxing alive and well. It may be thriving more than ever. I believe that we are on the cusp of a new golden age of boxing.

Being an amatuer boxer myself I am on different gyms across my hometown of Houston all the time. Those gyms are always packed. Full of fighters and spectators both kids and adults. Male and female. Many of them with aspirations of turning pro and becoming champions.

Everywhere I go people ask me for my thoughts on the Mayweather-McGregor fight. Who is going to win out of Golovkin and Alvarez. There is a buzz about the sport that we have not seen for awhile. The hardcore fans have ways been there supporting guys like Erislandy Lara, Terence Crawford and Gennady Golovkin. While the casuals are being brought in by the likes of Canelo Alvarez, Adrien Broner and Anthony Joshua. There is legitimate excitement about future fights and potential future fights. Crawford vs Garcia, Joshua vs Wilder and Lomachenko vs Rigondeaux are all fights that both casuals and hardcore fans are excited about.

We are beginning to see a changing of the guard in the sport as well. The days of the “protected” champion and carefully selecting opponents may be nearing it’s end. Ducking certain fighters still happens in the sport. However this new wave of young and hungry champions are poised to take over the sport and become the marquee stars for the next decade. All of them are very intelligent and articulate young men who care about there legacies. They don’t want to be rich or famous they want to be the best. Keith Thurman, Errol Spence Jr. and Shawn Porter are perfect examples of this. Keith Thurman for example is fond of saying he is not afraid of losing his 0. With this group of young Lions leading the charge I believe we could see the second coming of the “Four Kings of the 80’s era”. Duran, Hagler, Hearns and Leonard were famous for being both exciting and fearless. This new group of fighters come from that same mold.

With more fights airing on free or cable television the sport is getting more exposure. New boxing fans are appearing every day. Some of them accidental fans who happened upon a PBC broadcast and witnessed a good fight. Some of them drawn in by the allure of Conor Mcgregor vs Floyd Mayweather Jr. Even former fans who jumped ship have returned after the recent stretch of good fights and supries upsets we have had. 2016 was a good year for boxing. 2017 has been even better with the biggest fight of the year a little over a week away. Bigger things lie ahead for the sweet science.