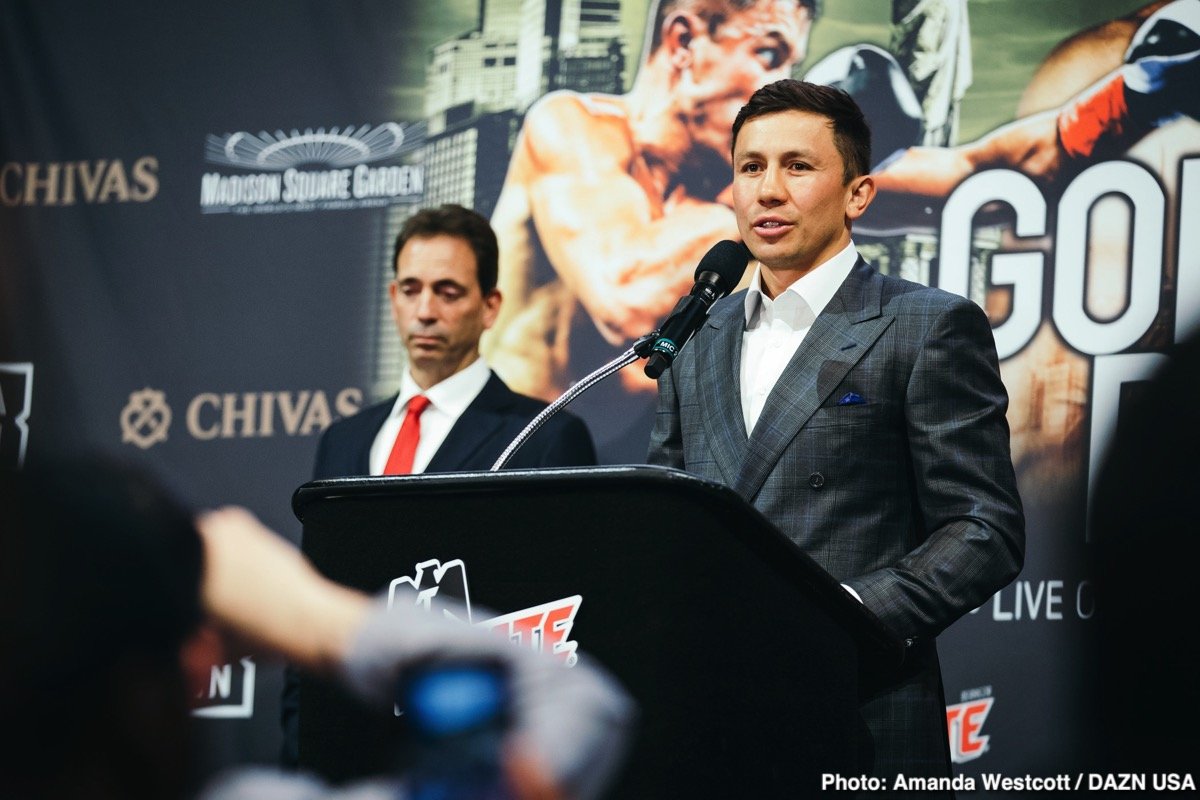 Gennady Golovkin has decided to dump his trainer Abel Sanchez after years of working with him in his gym in Big Bear, California. Golovkin (38-1-1, 34 LOs) didn’t go into the reasons for the why he’s going in a different direction, but it seems obvious that GGG needs a someone that can work on the minor flaws he has in his game on the defensive side. Golovkin has struggled in 3 out of his last 4 fights against Saul Canelo Alvarez and Daniel Jacobs. It was clear from watching those fights that Golovkin needed a different trainer, because Sanchez wasn’t able to come up with the right game plans and adjustments for him to dominate like he’d been doing.

“I would like to announce that I have made a major decision for myself and for my career,” Golovkin said in his statement of his termination of Sanchez. “I want to build on what I have already achieved and continue to better myself. Therefore, I will not be training with Abel Sanchez. This was not an easy decision for me and it is not a reflection on Abel’s professional abilities. He is a great trainer, a loyal trainer, and a Hall of Fame trainer.”

Some would argue that Golovkin should have dumped Sanchez after the Jacobs fight in March 2017. That was the fight where Jacobs exposed two flaws in Golovkin’s game that Canelo was later able to take advantage of. Those were easily seen by anyone that watched those fights. When Jacobs would pressure Golovkin, he was able to get the better of him. Golovkin couldn’t fight effectively when backed up. Even Oscar De La Hoya noted that weakness in GGG’s game, and repeated it to the news media over and over. Sanchez never fixed the flaw. The other flaw in Golovkin’s game that he showed against Jacobs was his inability to handle lateral movement. When Jacobs moved side to side, Golovkin looked like he didn’t know what to do. Canelo, who has short legs and has knee problems, was able to give Golovkin fits in his first fight by moving to his left constantly. Sanchez had no answers. Golovkin should have made the move to get rid of Sanchez at that time, but he kept him, and it ended badly with Canelo giving him his first career loss last September. Canelo used the blueprint from the Jacobs fight to beat Golovkin by backing him up, and landing shots while he was back tracking.

“I will be announcing my new trainer at a later date. But today, I want to thank Abel for the lessons he taught me in boxing,” Golovkin said.

While you put the blame entirely on the shoulders of his trainer Abel Sanchez, you could see each one of those fights periods where GGG looked like he wasn’t making the right decisions. That falls on the shoulders of Sanchez. He should have had Golovkin making adjustments so that he could deal with Canelo and Jacobs coming forward and attacking or moving laterally. Golovkin looked flustered when they would push him back or move around the ring. Sanchez should have had GGG ready for these things. Sanchez is a trainer known for having a lot of offensive fighters that attack their opponents.

Golovkin will need to find a replacement soon, as he’s fighting on June 8 against Steve Rolls in his first fight of his six-fight contract with DAZN at Madison Square Garden in New York. GGG was given a nine-figure contract with the streaming giant, which could see him facing Canelo in a trilogy fight this September.