Last night in Windham, Massachusetts, Evan Holyfield returned to action and picked up his seventh straight pro win. Son of course of the legendary “Real” Deal” Evander Holyfield, the 23-year-old 154 pounder scored no less than five knockdowns in halting a game but overmatched and outclassed Augustin Cicero, 15-19-3 with 7 KOs. Holyfield decked Cicero four times in round two, only for the ultra-game journeyman to get up each time and try to fight back.

Holyfield. trained by Mark Breland, promptly decked his man again at the start of round three and this time the one-sided affair was terminated. Holyfield, who made his pro debut back in November of 2019, is certainly a 154 pound prospect to keep a firm eye on, and this is not merely because of his very famous and very celebrated last name. Holyfield, like his father, is a dedicated worker in the gym and he really does seem to have an abundance of natural talent and skill.

As with all the “Boxing Juniors” who are attempting to follow in the footsteps of their father, there is indeed a good deal of pressure on Holyfield’s shoulders, yet so far Evan has welcomed it in his stride – even telling TMZ Sports in 2019 how he will go on to be “better than my father.” That is some mighty goal indeed, considering all the epic achievements Evander has to his name, but the former four-time heavyweight ruler is right behind his son: “My dad always tells me every generation gets better,” Evan said. At age 23, the new Holyfield has plenty of time on his side but in a couple of years or so we may be seeing him getting in there with a top contender.

Like his father, Evan throws a lot of punches in his fights and he is exciting to watch. Hopefully, Holyfield will be able to get a couple more fights in before the year is out. Last night’s fight was Evan’s second fight here in 2021. 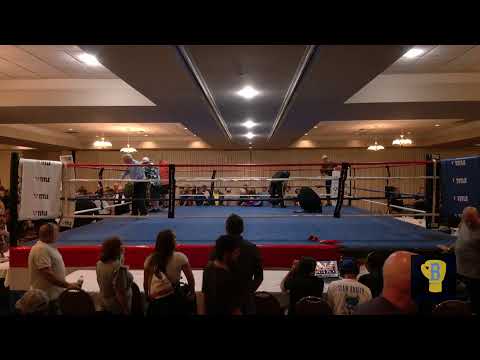