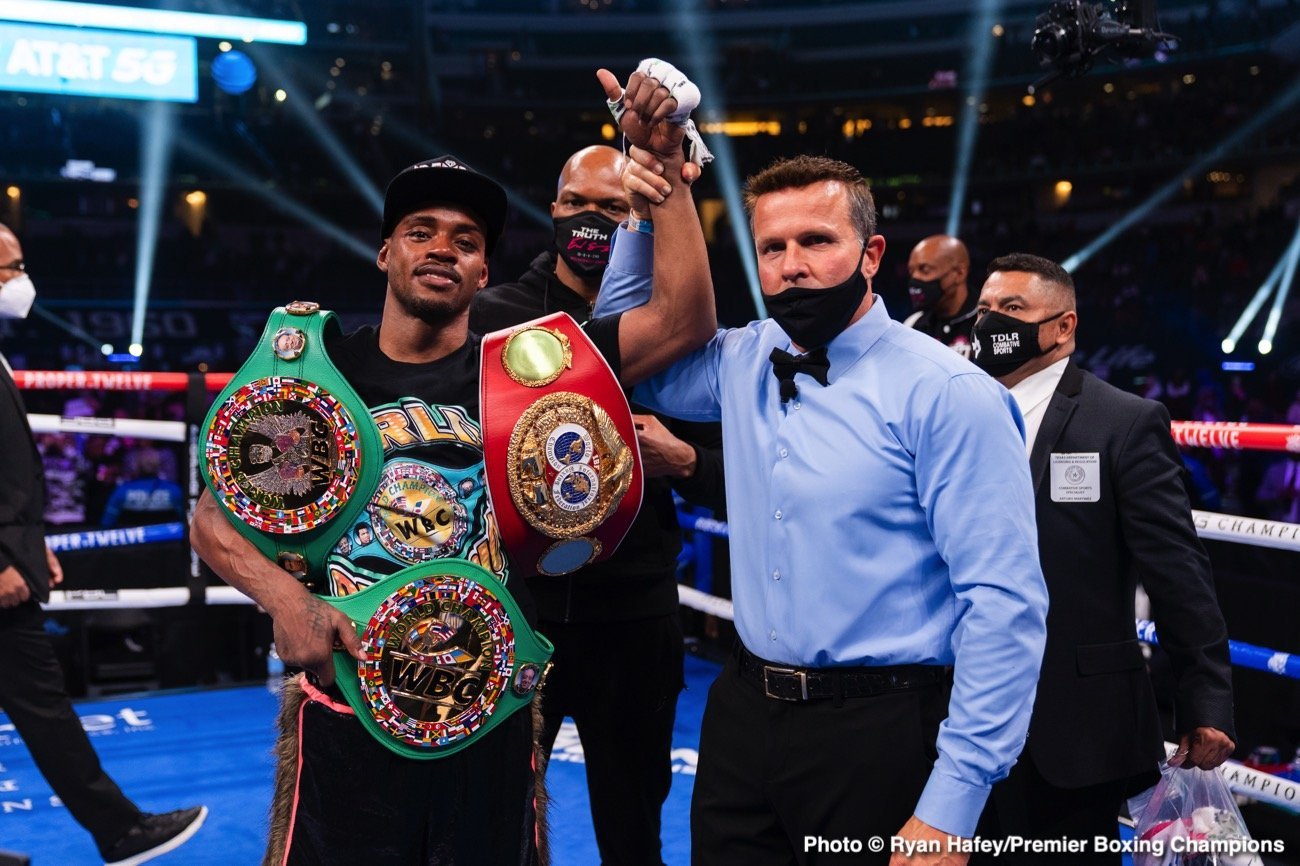 It doesn’t sound like that’s going to happen though with the way Errol was talking last Saturday night during an interview with DAZN.

Spence views himself as the A-side for a match against Crawford, 33, and he’s letting the Nebraska native know that the percentage split won’t be 50-50.

What hurts Crawford’s chances of getting a 50-50 deal are Spence’s recent successful pay-per-view fights against Danny Garcia, Shawn Porter, and Mikey Garcia.

Spence hit out of the park with his last fight against Danny Garcia on Fox Sports pay-per-view on December 5th, bringing in a lot of PPV buys.

In contrast, Crawford’s last fight against past his prime Kell Brook was shown on regular ESPN, and he’s not shown the ability to sell fights.

“That could happen but we got to see how it goes, but like I said, I could go up to 160 and fight Canelo Alvarez,” said Spence to Chris Mannix of DAZN about a fight between him and Crawford.

“I think it [Crawford] could happen. Al [Haymon] and Bob [Arum] will sit down, and Bob to stop lying. We’ll see. It can definitely start happening next year.

We got to sit down and go over things like that. It definitely can happen,” Errol said of a fight between him and Crawford.

“But like I said, I’m the big dog and he got to take a backseat and take a 60-40 or 70-30 or whatever we give him,” said Spence in letting Crawford know he’s got to take the short end of the stick. 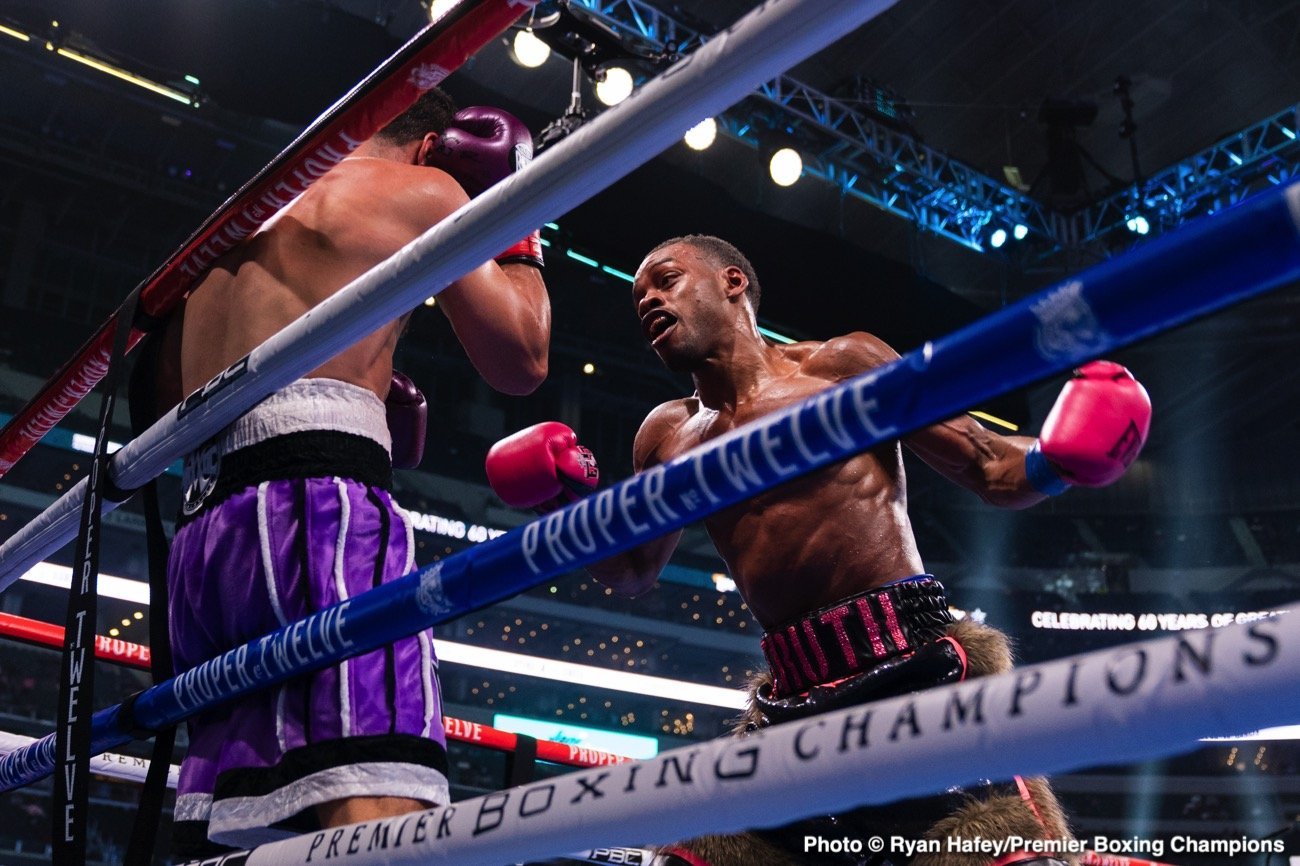 At this point, you have to say that Spence would be overpaying Crawford if he gave him a 60-40 split because he doesn’t bring anything to the table like other popular fighters like Canelo, Manny Pacquiao, Keith Thurman, Gennadiy Golovkin, and Shawn Porter.

And they said it was me 🤷🏿‍♂️ I rest my case now, on to the next. That chapter is now close.

You hate to say it, but Spence has a heck of a lot more options right now than Crawford does in terms of big fights. Canelo Alvarez said he’d be willing to fight Spence at 160, and that’s a fight that could happen in 2022, if not sooner.

Spence also has the option of fighting these talented PBC fighters:

Crawford’s options for big fights are limited to the Top Rank light-welterweight champions Jose Ramirez and Josh Taylor, who still need to fight each other before one or both move up to 147.

The heavy-handed Vergil Ortiz says he’s interested in fighting Crawford, but he’s not a household name yet, and it wouldn’t be a big fight between him and Terence.

Shawn Porter would fight with Crawford in a second, but that’s a bad match-up for Terence.

Porter is a much better inside fighter than Crawford, and he would take away his speed and ability to counter punch.

Once you take away Crawford’s counter-punching ability, he’s an average fighter. 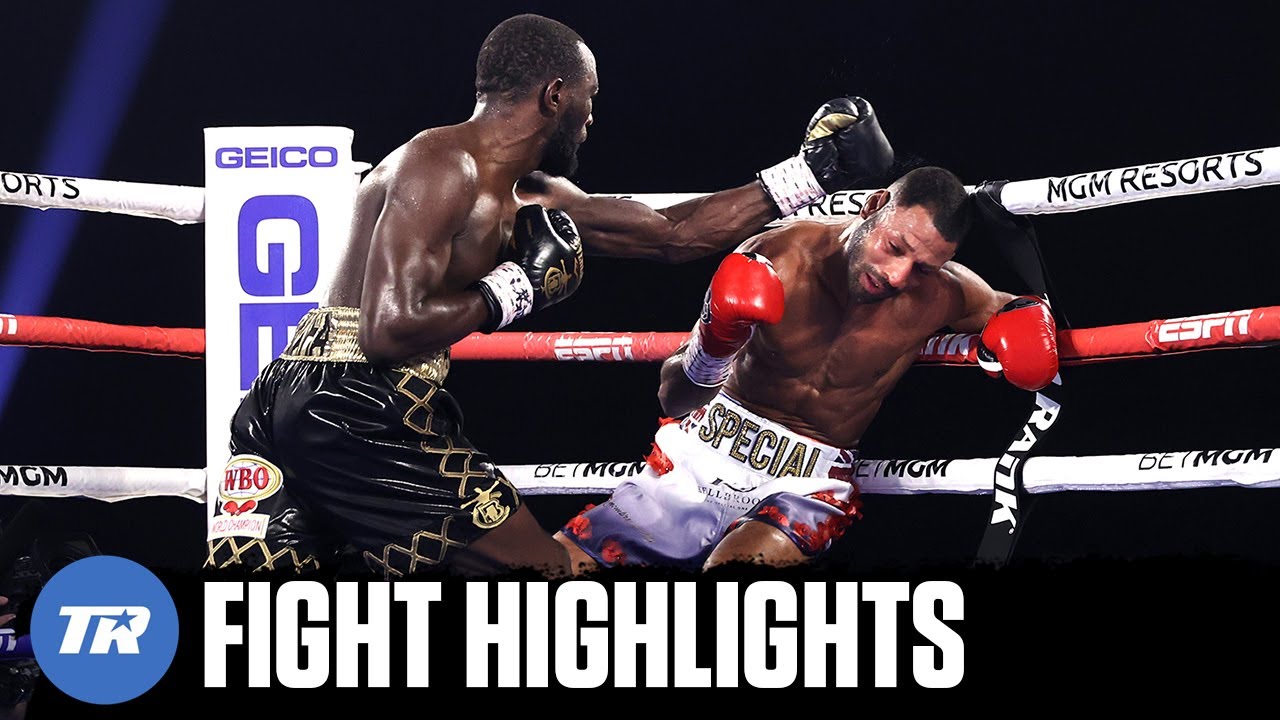 Crawford won the fight after hurting the weight-drained Brook with a weak jab in the fourth. Talk about luck. The jab hurt Brook, and Crawford quickly took him out.

Against someone like Porter or Vergil Ortiz Jr, it could go badly for Crawford because they’re not old, inactive and weight drained.

There’s a good chance Crawford would lose to both of them, and he would then kiss goodbye any shot he had of a fight against Manny Pacquiao or Spence.

Crawford’s promoter Bob Arum recently voiced his disappointment with him not putting in the effort to help promote his fights.

Arum would obviously like to see Crawford giving many interviews and working hard on social media the way that his new star Teofimo Lopez has been doing to build himself into a big name.

With Crawford about to turn 34, it doesn’t seem realistic to assume that he’s going to start putting in the kind of effort that Teofimo is in marketing his future fights, which means he’s not likely to become a star.

Spence might be the last shot that Crawford has of becoming a superstar, but it’s troubling to see Terence saying that the “chapter” is closed for a fight between him and Errol based on the purse split. Think of it this way.

If Crawford takes the small money for the Spence fight and beats him, he’ll get the lion’s share for the rematch between them.

But more importantly, the fight will turn Crawford into a star. He can move forward and make big bank fighting other fighters like Golovkin, Canelo, Edgar Berlanga, Caleb Plant, and David Benavidez.

Crawford needs to be flexible and willing to move up to 160 and 168 to take on the bigger names. He’s stunting his career by limiting himself to just fighting welterweights at 147.

At this point, Crawford needs to think outside the box and take major risks if he wants to become a star with the little time he has left in the sport.

Crawford isn’t going to do that if he stays at 147, fighting the lesser guys that Top Rank has been feeding him.

“I feel great to fight a champion like Danny Garcia shows that my homework paid off,” said Errol. “Coming back from my injuries, I feel great and I’m ready to get back in the ring.

“I think I answered a lot of questions my coach and my dad had. They wanted to see how I would react when I got hit and how my body would react, and it worked out.

“I had some hard sparring against some guys that could really punch. I took some punches and I reacted well, so I decided to go on with my career.

“That’s why I picked a guy like Danny Garcia. I didn’t want a tune-up or somebody I could easily roll-over.

“I wanted a champion because I knew, especially after the sparring that I was back and I could easily to take a real test to show everybody I am the same guy after the car accident,” said Spence.