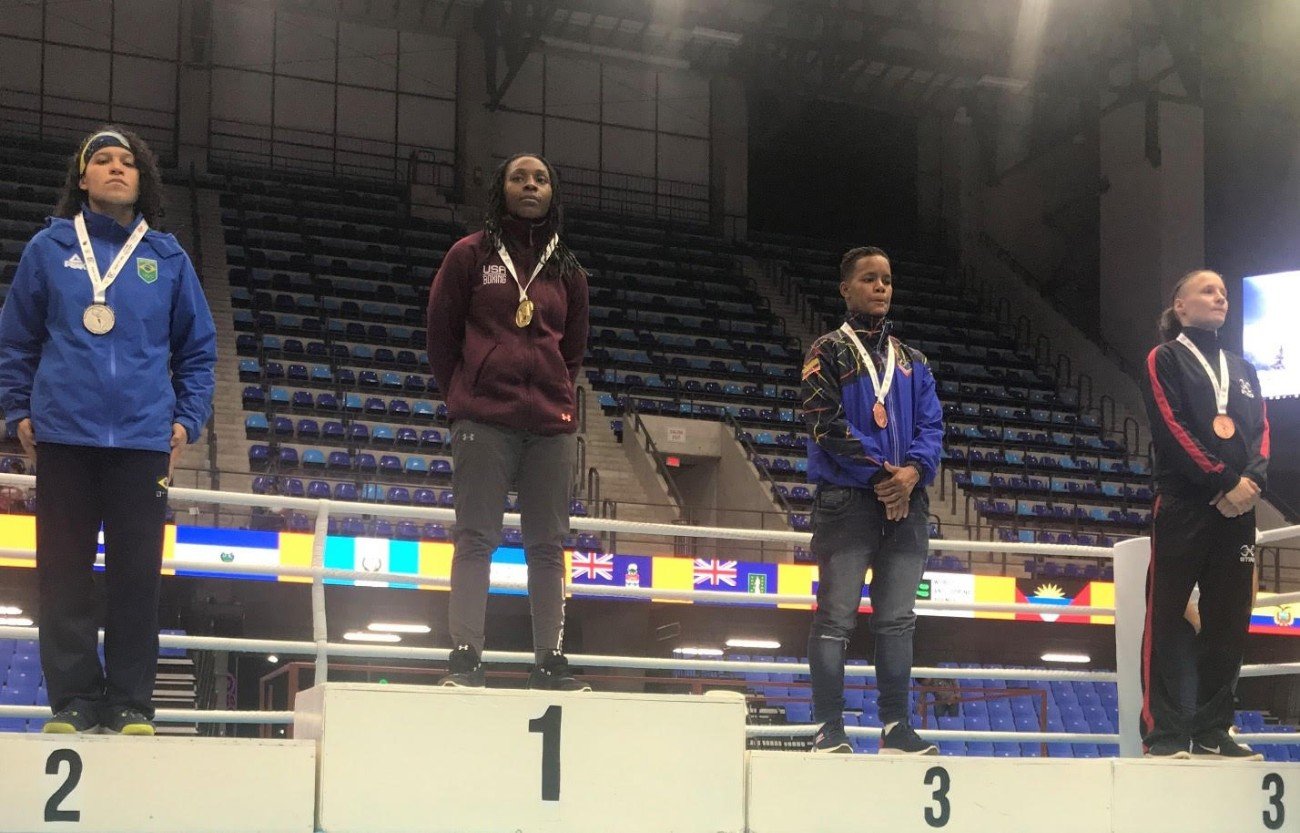 Rashida Ellis, an eight-time national amateur lightweight champion will put her long-awaited goal of winning a gold medal at the Summer Olympics on hold, as the International Olympic Committee and Japan postponed the Summer Olympics in late-March, until next July/August due to the COVID-19 pandemic.

“The year delay in fighting for the Olympics has not impacted my training. I am in Colorado Springs, Colorado with the rest of the qualifying team,” said Ellis. “We are supposed to live at the Olympic Training Center, but it is shut down right now. So, we are staying at a hotel and we have made our own little gym in a conference room downstairs. We are training, taking it slow, and working on the basis and trying to perfect that until the Olympic Training Center opens up.”

The twenty-five-year-old orthodox amateur standout from Lynn, Massachusetts is ranked number one in the United States and number three in the world in the lightweight division (135 pounds). She has amassed a stellar 98-12 amateur record, in which she has placed in the top three in just about every important tournament. Ellis obtained a bronze medal at the AIBA World Championships and the Pan American Games in 2019. She won the Elite National Championships in 2018 and 2013, a silver medal in 2017, and a bronze medal in 2012 and from 2014 to 2016. She won the National Golden Gloves in 2016 and a silver medal in 2017. In addition, she won the National PAL Tournament in 2012 and was a Youth Open Champion in 2010, 2011, and 2013.

Ellis’ biggest achievement from her extensive list of accomplishments occurred last December in Lake Charles, Louisiana when she earned a spot on the United States Olympic Team in the lightweight division after she defeated Ameila Moore. She won all three of her bouts via unanimous decision, without losing a round during the Olympic Team Trials, and was named the Most Valuable Fighter of the women’s tournament.

“I was much younger back then. I was not as focused and determined as I am now,” said Ellis. “Over the last four years, I have become older, wiser, and much more experienced. I have learned many different fighting styles and have fought boxers from all over the world. This makes me much more prepared for the Olympics today, than when I was in 2016.”

After not making the Olympic Team in 2016, Ellis thought about going professional, however, she decided she wanted another opportunity to win an Olympic gold medal to set herself up for a better professional career.

“Women at the pro level were not getting paid or recognized enough, so I did not want to turn pro,” said Ellis. “I decided to stay as an amateur for another four years and give myself an opportunity to win a gold medal, which would allow me to get paid and recognized more at the pro level.”

Ellis comes from a strong boxing pedigree as her family is considered one of the best in the sport. Both of her older brothers are professional, up-and-coming contenders. Ronald Ellis (17-1-2, 11 KOs) is a super middleweight and former 2010 National Golden Gloves champion. Rashidi Ellis (22-0, 14 KOs) is an undefeated welterweight and a former 2012 National PAL titlist, who narrowly missed making the 2012 United States Olympic Team.

“I am extremely close to my brothers, but they are on a whole different level than I am. I look up to them. They make me want to train harder,” said Ellis. “They always contact me after my fights and let me know what I did right and what I did wrong, and what I need to practice on, which I appreciate.”

Even if Ellis fulfills her long-awaited goal of winning an Olympic gold medal, it does not mean that she will turn professional thereafter.

“I would have to think about whether I want to go pro after the Olympics,” said Ellis. “I would not mind sticking around for another three years and winning another gold medal, which would be great.”

Regardless of whether she turns professional in 2021 or 2024, she will have an extremely bright future ahead of herself at the next level.

For more information about Ellis and the latest updates about her preparation for the 2021 Olympics, friend her on Facebook @ShakilyaEllis and on Instagram @ShidaMida.

Interestingly enough, if it was not for her father/boxing coach, Ronald she might not have gotten into boxing.

“I started boxing because my dad sent me to the gym with my brothers as a punishment because I was getting into fights with boys in school and at football practice because I played football when I was younger,” said Ellis. “When I went to the gym (Somerville Boxing Club), I fell in love with the sport. I loved fighting without getting into trouble.”