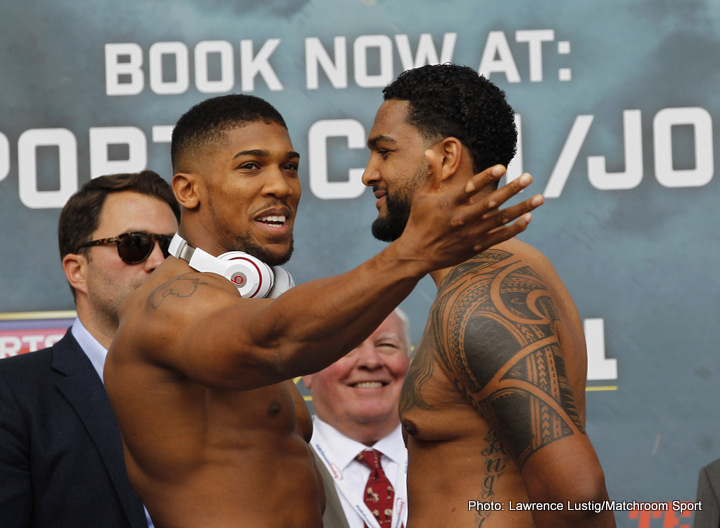 There’s nothing wrong with any fighter thinking big, but most fans will likely feel once-beaten heavyweight contender Dominic Breazeale is setting his heights a little too high – or maybe not. Speaking with Sky Sports, “Trouble” said his aim is to win the WBC heavyweight title and then box a return fight with Anthony Joshua in a big fight that would “make a real true undisputed heavyweight championship.”

Breazeale, who was stopped by Joshua in a largely one-sided fight in 2016, says he “will be haunted forever” if he does not get the reigning WBA/IBF/WBO ruler back in the ring.

“The Dominic Breazeale of 2016 that fought Anthony Joshua is a completely different fighter than I am now,” Breazeale stated. “I’ve grown two years, I’ve had some great fights under my belt since. I did take the Joshua fight as a learning lesson and I’m learning from it every day. I think that fight is one that’s going to haunt me forever. I’m never going to be able to end my boxing career without getting back in the ring with Joshua.”

So how can Breazeale earn himself a return go at AJ? Joshua is busy for his next two fights, against Alexander Povetkin next month and then a TBA on April 13 (maybe, we hope, still, it will be Deontay Wilder but Dillian Whyte seems more likely) and Breazeale has nothing Joshua wants or needs. But Breazeale says he can win the WBC belt and then box a big unification with Joshua.

“Hopefully after I beat guys like Jarrell Miller, like Dillian Whyte, even go on and win the WBC title, because I am the WBC mandatory. Me and Joshua can get in the ring and square off again,” he said. “Ideally, in the right situation I would have fought for the WBC title, won it by the spring of 2019, and then me and Joshua in the ring, here in the United States.”

So, is Breazeale being realistic or is he aiming too high? In heavyweight boxing anything can happen and a win or two can get a fighter into a great position. But can you picture a Joshua-Breazeale rematch? Would such a fight sell? Let’s first see if Breazeale can get himself a fight with a Miller or a Whyte, and let’s see if he can win.