Deontay ‘Bronze Bomber’ Wilder is unbelievably just one fight away before locking himself in as the mandatory challenger to WBC heavyweight champion Tyson Fury to set himself up for a fourth fight against the big Brit.

Wilder (42-2-1, 41 KOs) is fighting Robert Helenius in a WBC title eliminator on October 15th at the Barclays Center in Brooklyn, New York. This is one of two title eliminators the WBC has set up for Fury’s title.

Should Fury choose not to let the WBC know his intentions by this Friday, August 26th, bout his retirement, his belt will be stripped from him and will be made available likely for the Wilder-Helenius fight.

The other WBC title eliminator is a much less interesting match between Andy Ruiz Jr. and 43-year-old Luis Ortiz on September 4th. Ruiz, who fights once a year, will be facing another 40+-year-old fighter.

Last year, Ruiz came off a two-year layoff to fight 40-year-old Chris Arreola, and he was almost knocked out.

“We have accepted some elimination bouts that were requested to the WBC,” WBC president Mauricio Sulaiman said to Sky Sports.

“One is Wilder-Helenius, the other is Ruiz-Ortiz. Those are happening as eliminations, but Fury is the champion; he’s got the time, and he will decide, and we’ll see what happens.”

I don’t know why the WBC chose to set up two title eliminators instead of just one, but it’s all good. Wilder now has the opportunity to get the fourth fight and redeem himself from his loss to Fury last October.

It’s very likely Fury will choose Wilder rather than the Ruiz-Ortiz winner because there’s more dough for him to make fighting Deontay.

Some would say Deontay got robbed twice of knockout victories in his three-fight series with Tyson Fury, but this is boxing. Wilder knocked Fury out in the 12th round in the first fight, and then repeated it in their third fight.

However, the referees failed to stop the fights on both occasions when rose from the canvas after the 10-second mark. 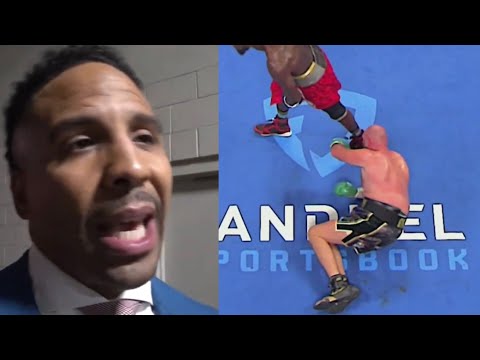