Demetrius Andrade says he views tonight’s 168-lb unification fight between Saul Canelo Alvarez and Billy Joe Saunders as a “50-50” affair in their main event bout at the AT&T Stadium in Arlington, Texas.

Andrade suggests that Saunders, 31, stick with what has brought him this far by focusing on trying to upset the easily annoyed Canelo and make him miss as much as possible.

Although Canelo can move around the ring a little, Demetrius views him pretty much as a stationary fighter and someone that isn’t going to be able to cut off the ring if Billy Joe chooses to use movement as part of his game plan tonight.

Whether by design or accident, Canelo hasn’t fought a mobile fighter since his controversial 12 round split decision win over Erislandy Lara in 2014.

Canelo insists that he’s a different fighter since his matches against Lara and Floyd Mayweather Jr many years ago, but we haven’t seen him face the mobile guys that would tell us whether he’s gotten better against movers.

Judge for yourself. These are the fighters Canelo has fought since his match with the highly mobile Lara in 2014:

Khan has shown the ability to move around the ring during his career, but he’s mostly a guy that fights in straight lines. Against Canelo, Khan was there to be hit and paid the price by getting knocked cold in the sixth.

Sergey Kovalev was 36 when he fought Canelo in 2019, and he didn’t use movement as he had earlier in his career before age had kicked in.

You can’t say that Canelo has improved in terms of his ability to deal with movers like Billy Joe Saunders because he hasn’t faced anyone with a good set of wheels since his fight with Lara in 2014.

“You got to work five times as hard,” said Demetrius when asked how the underdog Saunders can win. “Let your hands go, make him miss, frustrate him,” Andrade said in giving Billy Joe the keys to victory.

Saunders has to fight the type of game that he always does for him to have a chance to win tonight against Alvarez. It’s going to be difficult to win a decision against a guy as popular as Canelo, but not impossible.

With the number of eyeballs that will be on this fight, the judges will make sure that they do their best to pick the right guy. No one wants to deal with the backlash that could come following a bizarre decision.

“As long as I bring my fighting spirit, I got it,” said Saunders in giving his final words on how he’ll win against Canelo. “These fans will push me to win.

“I’m unbeaten since 2008. Therefore, he has to do something different to beat me, not the other way around,” said Saunders.

The fans might actually help Saunders in this fight because he’s the type of fighter that is at his best when the crowds are loud.

With that said, Saunders’ stamina will need to be there for him to have a shot at getting his hand raised at the end. In other words, if Saunders gasses out after six rounds, he’s in trouble.

“Everyone is expecting Billy to box,” said John Ryder to Little Giant Boxing. “If Billy Joe comes out in center ring and trades with Canelo, you just don’t know what he’s going to do. He’s in the shape of his life. 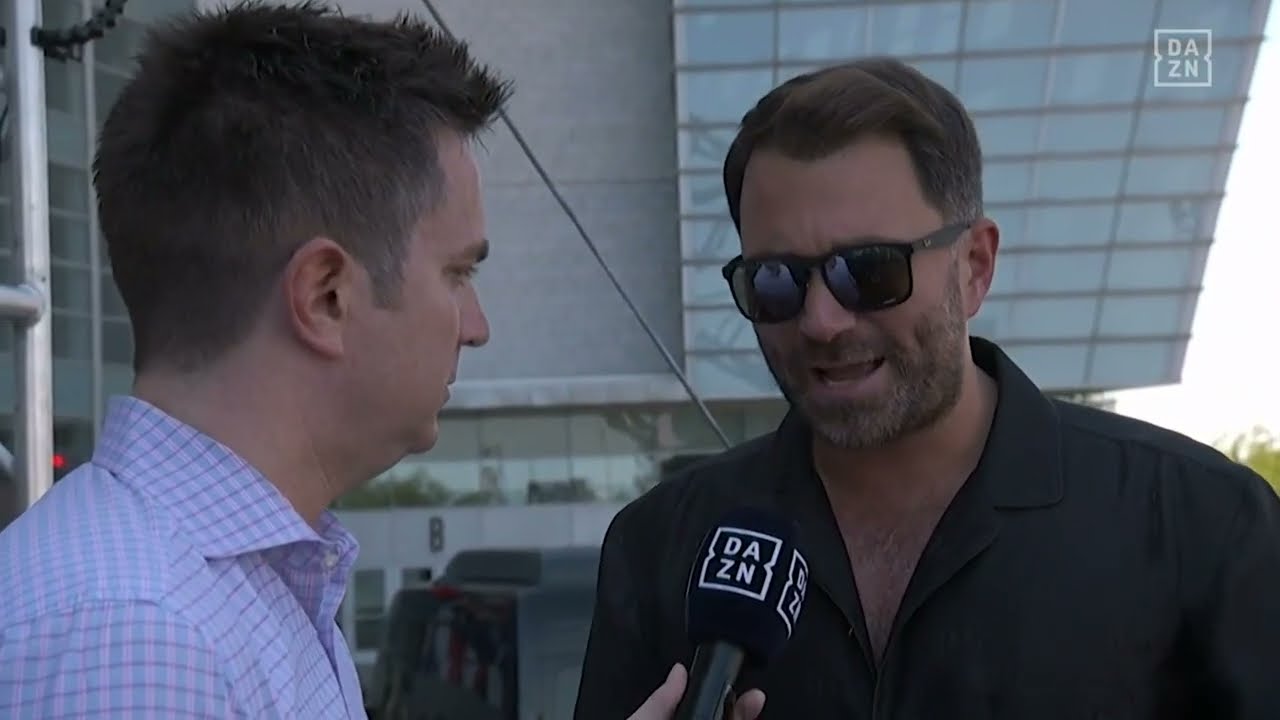 Well, it’s safe to say that Saunders will choose to box rather than stick his neck out by standing and trading with Canelo tonight.

With Billy Joe’s limited power and his tendency to fade after six rounds, he would not be very intelligent to stand in the center ring to have a good tear up.

“Looks like he’s left no stone unturned. We know what Canelo brings, but we’re unsure what Billy Joe is going to do.

“If he can box and move for 12 rounds and not get caught, it’s his fight, but Canelo is a special talent.

“They’re both very talented fighters, and it’s going to make for an intriguing fight. Billy Joe would fight him in the doorway.

“He just wanted a fair shake, and obviously, he didn’t get what he wanted with the judges. Him [Saunders] and Tyson have unblemished records, and they want to keep it that way.

“I’m sure there’s a little bit of rivalry between the two. Neither of them wants to be the first to lose a fight. Billy Joe has done his job to upset Canelo. He’s clearly upset him.

‘I think he’s going to come out a little bit angry, but I think it’ll play in Billy Joe’s hands. He’ll be on the move, elusive and hard to hit.

“It’s a tough one, a real 50-50,” Ryder said when asked who wins between Canelo and Saunders. “If you had to pick, you’d have to go with Canelo.