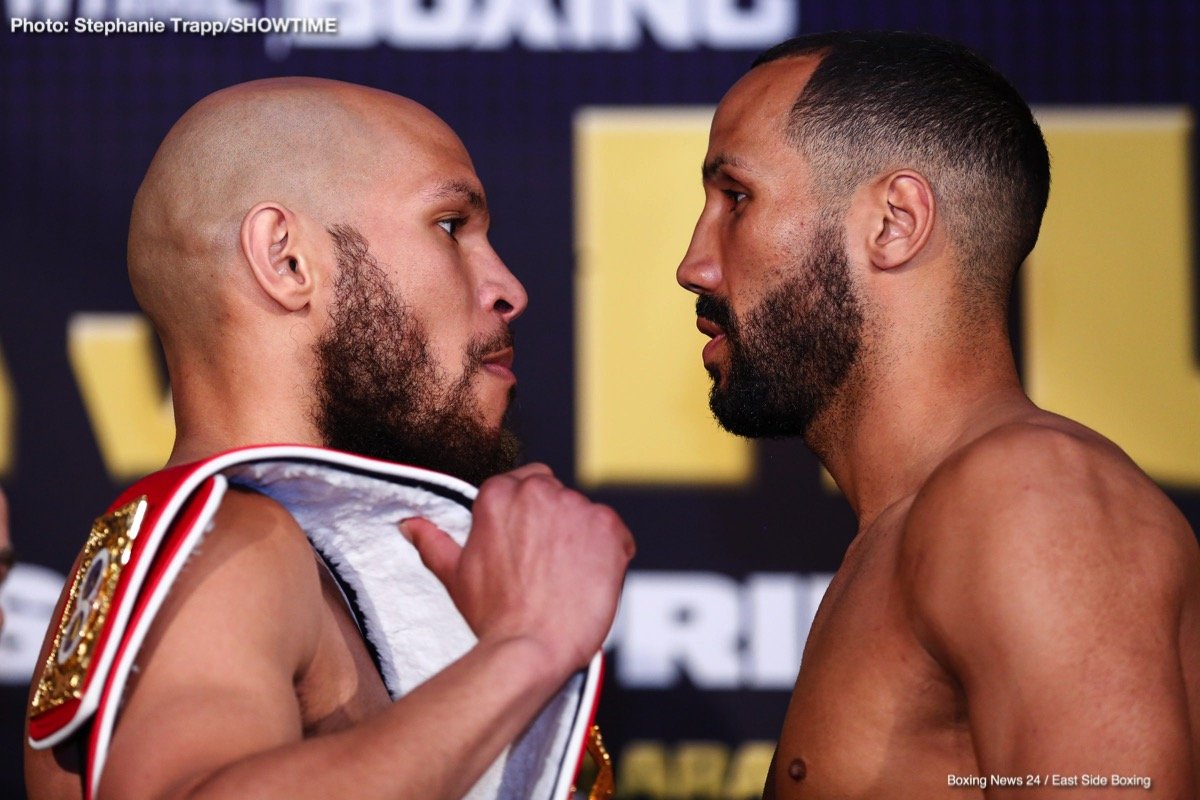 The “real” James DeGale is ready to stand up on Saturday night and reclaim his super-middleweight world title, according to the man himself.

The 32-year-old faces Caleb Truax in a rematch live and exclusive on BoxNation following his shock points loss to the American last December in London.

Ahead of this weekend’s fight, DeGale has been scathing at his previous performance but is adamant that he will right that wrong and regain his IBF world title.

“My last performance was horrendous. It was shocking and embarrassing. I’m not going to make excuses about my shoulder and what went wrong. On Saturday night, I will be a two-time world champion – I promise you that,” said DeGale.

“I would say 90 percent of the loss was because of what I didn’t do. I looked past him. I came back too quickly from the injury, but he still had to get in there and take my belt. There’s no disrespect to Caleb, but I’ve fought the very best of the division and come out on top. The real James DeGale will be back on Saturday.

“It’s been a long, difficult training camp. I had a gray cloud above my head the last couple of months, but I’m ready to become a world champion again,” DeGale said.

Londoner DeGale had held his IBF crown for over two years and was hotly-tipped to beat Truax before they faced each other the first time round at the Copper Box Arena.

The last few months have been very difficult for the British super-middleweight but he says the loss has allowed him to take stock and come back stronger.

“This time has turned me into a beast. I’ve had to take everything even more seriously than before. I might have gotten a bit complacent being a champion those last few years. I’ve locked myself down and I’m ready to go,” said DeGale.

“I’ve boxed at the top level my whole life and put on some good performances. I know what was wrong with me and why I performed how I did in the first fight. I’m going to put it to rest when I become a world champion again.

“It’s going to be a dominant performance on Saturday. If I don’t beat Truax and beat him easily I can’t get to the level that I want. I know that’s what is coming. No excuses,” he said.

Despite being on home soil this time around 34-year-old Truax will go into this fight at the Hard Rock Hotel & Casino in Las Vegas as the underdog once again but he is out to prove that he is no flash in the pan.

“I just want to go out there and silence people who said it was a fluke the first time I won. I want to prove that I belong at the top of the division. I’m going to put on a good show for the fans and retain my title,” said Truax.

“We’ve had four months to prepare for James DeGale. Normally I have six to eight weeks, so it was nice to have a drawn out and specific training camp. We really focused on the conditioning and making sure I’m reaching my peak.

“I’ve been through a lot in this sport. I’ve fought top guys in big fights but it finally came together last December. It meant a lot to me and now I’m prepared to put on an even better performance. I know DeGale is going to be hungry so I have to be ready for him,” he said.

DeGale v Truax 2 will be part of a fantastic night of boxing that also sees 154-pound world champions Erislandy Lara and Jarrett Hurd meet in an enthralling unification showdown.

Julian “J-Rock” Williams and Nathaniel Gallimore, two young, skilled contenders in the stacked light-middleweight division, will also clash on the card in a 12-round world title eliminator.

BoxNation’s live and exclusive coverage will start from 3am this Saturday night.