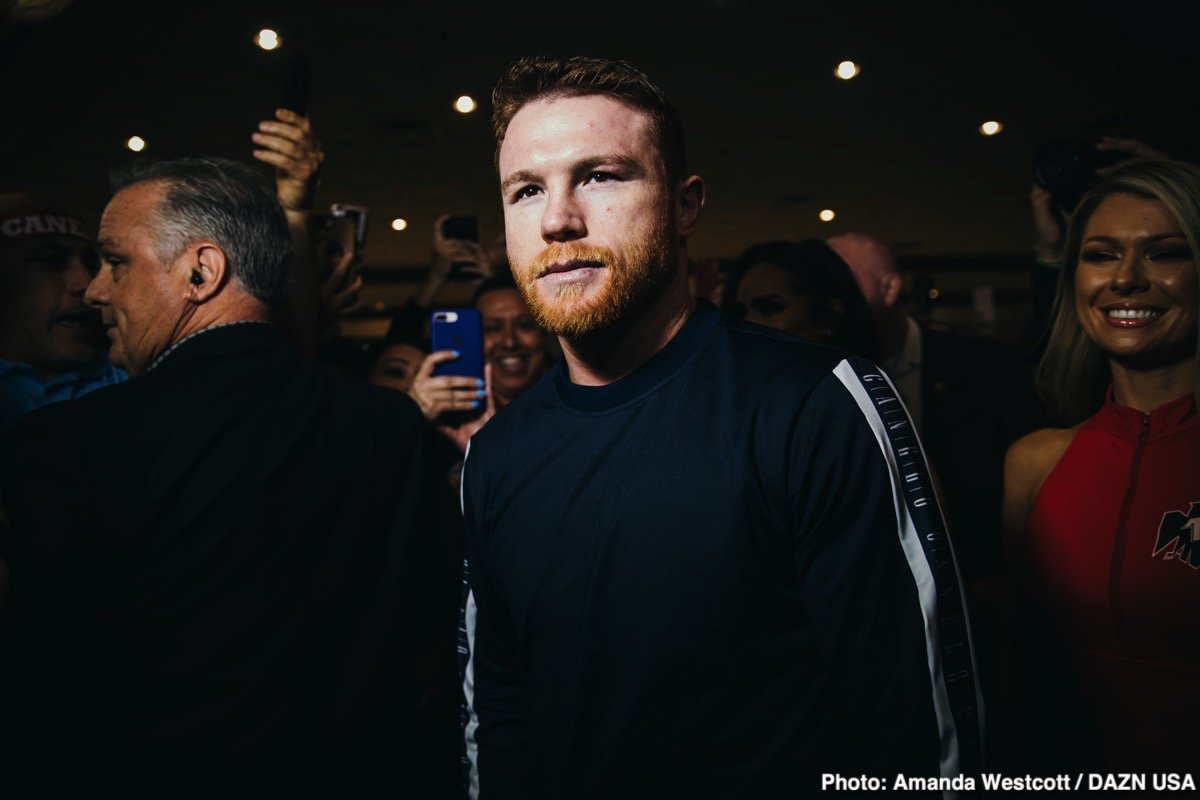 Will we see a firefight/slugfest on Saturday night, LIVE on DAZN, when middleweights Canelo Alvarez and Danny Jacobs duel it out in their multi-belt unification clash, or might we be treated to a technical battle, a chess-match affair? Lineal and WBC/WBA/Ring Magazine champ Canelo seems to have both scenarios in mind.

On the one hand, the Mexican superstar has said that if there is any chance at all of a KO, if the chance of getting one presents itself, he will grab it with both hands: “believe me, I’ll got for it,” he said as picked up by Fight Hype. But on the other hand, Canelo has said he is expecting the “most complicated” fight of his career this side of his schooling at the hands of Floyd Mayweather. And promoter Oscar De La Hoya has said that he himself is not looking for or expecting to see a KO this Saturday night in Vegas.

So can Jacobs, who Canelo says is “much better than Golovkin,” box his way to a clear win; one the judges will not be able to take away from him? Jacobs says it is his aim to get a clear win, one with “no room for doubt.” All along, many fans, most of them in fact, have said how they fully expect a distance fight between these two, not a KO one way or the other. De La Hoya agrees with them, and perhaps so too do both fighters.

Canelo says today that he learned a whole lot from that 12 round decision loss to Mayweather, that it prepared him for tough, tricky and technical fights in the future. Canelo bounced back from the most frustrating night of his boxing life to beat the slick Erislandy Lara (a close one for sure) and in Jacobs he just might be facing the best boxer he has met since facing the Cuban.

There could be a lot of nip and tuck rounds on Saturday, rounds that are tough to score. If so, don’t be surprised to see a debatable, controversial decision at the end of 12 engrossing rounds. The scoring could even be all over the place. We don’t need any further controversy here in a year when the sport of boxing has seen far more than its fair share already, but brace yourself, ‘cos this Saturday’s fight has controversial decision written all over it.

Prediction: Canelo by split decision in a fight that positively screams for a rematch.