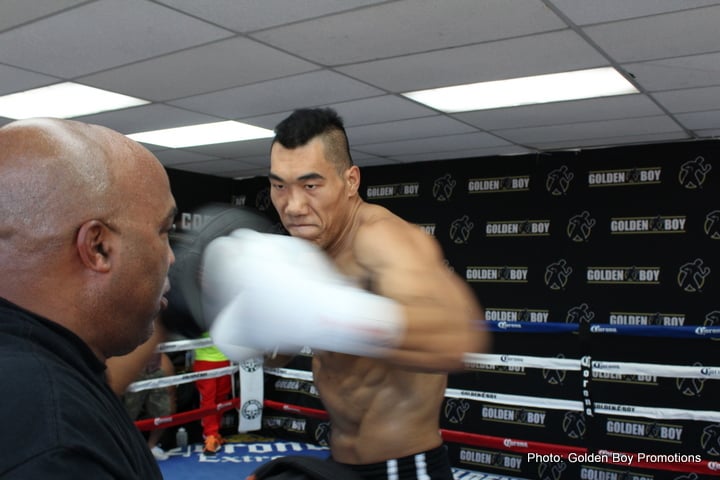 McGirt said that Taishan was a good listener and was eager to learn. He also mentioned that Taishan’s hunger for knowledge within the sport led him to stay after training and continue to practise the things they had gone over during the day.

Taishan has said before that he is only in his second year of training as a boxer.

Many of the successful fighters today such as pound for pound king Floyd Mayweather and three-division champion Adrien Broner were both brought up boxing and have seen success in their careers from the skill-set they have developed over the course of their lifetime. However in boxing you do see some late bloomers and in the heavyweight division especially we are seeing several now including Anthony Joshua, Deontay Wilder and Bryant Jennings.

McGirt’s reasoning for saying that he was going to make sure his fighter was paced very slowly amongst the heavyweight ranks was because when they do make it to the top of the pile they intend to stay there, for this they recognise that they are going to need a diverse and well polished bag of skills. Taishan has his third fight on the 27th of this month and if the opponent – Roy McCrary (3-2-0) manages to get out of the first or second round it will be interesting to see how Taishan boxes.

What will likely be the case is that we have to wait until Taishan is in his 15th-20th professional fight before we really see how he is developing and what kind of talent we are dealing with. With Deontay Wilder for example, we saw him fight bums all the way up until he managed to get a title shot and so in the build up for his title fight people still didn’t really know what to expect. It turned out that he had the goods to hold his own and even win that fight with surprising ease.

Guys like Anthony Joshua are being brought through the ranks much faster, but again there are only a certain number of names out there that can really be used as tests for big upcoming heavyweights.

One guy who took the jump too early and messed up was Britains David Price. They put him in with wiley veteran American Tony Thompson and was knocked out by a suspect looking punch. They put this down to a fluke shot and immediately forced the rematch which Price also lost, also by KO. What the fighters team have to get right is the timing in which they move their fighter up and that is the delicate balance which defines success. Taishan didn’t have an amateur career or any previous fight experience and so will need to be brought along slowly, but several years from now we could have a real force in the heavyweight division.