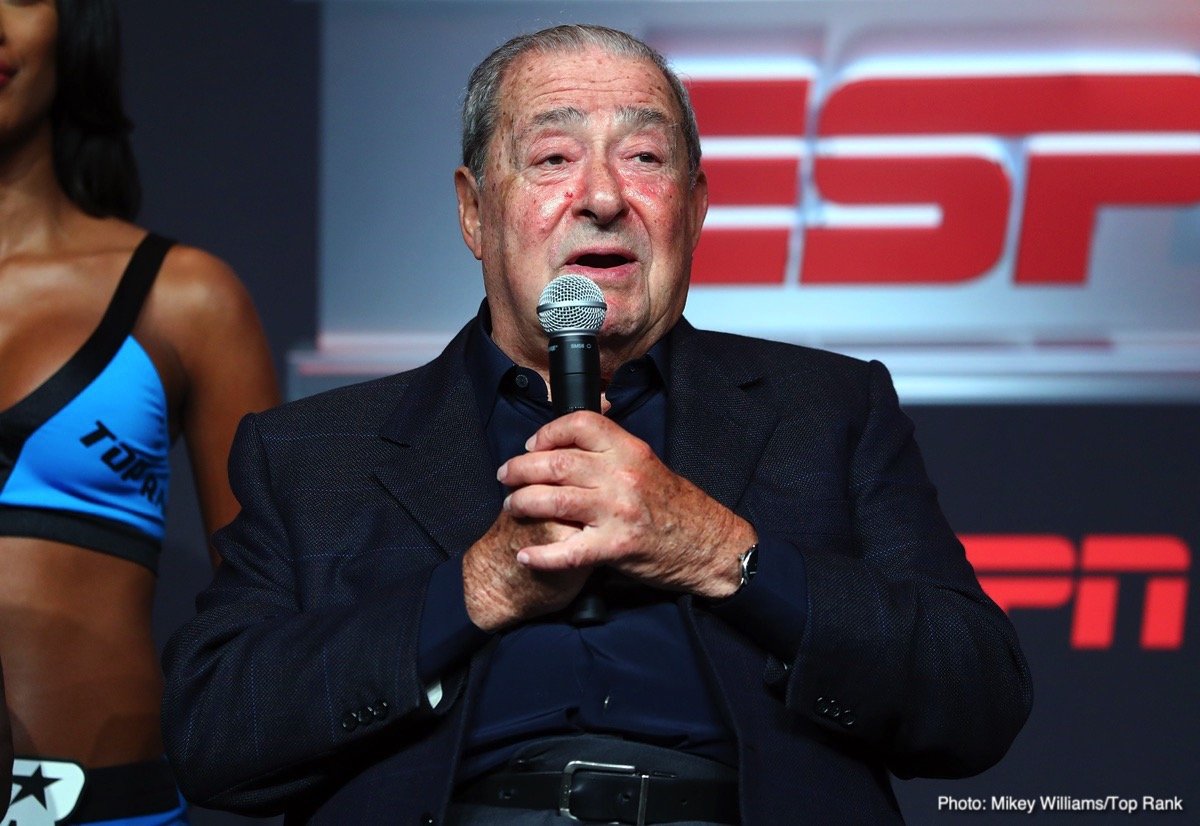 Bob Arum doesn’t hold his tongue for anyone, nor does he hold it when talking about anyone. The latest case in point: the Top Rank boss’ opinion of the powerful yet secretive Al Haymon. Speaking with FightHype, the Hall of Fame promoter referred to the practically invisible Haymon as “Mr. Cancer.” Arum claims that Haymon and his insistence on staying firmly behind the scenes and not talking to anybody, boxing reporters and the like, is “what’s wrong with the sport.”

Arum says that both he and Terence Crawford want to make that big unification fight with rival welterweight champ Errol Spence, and that they want it next. Alas, Arum says, the mysterious “Mr. Cancer” and his refusal to talk to anyone, stands in the way.

“He could fight Spence but obviously, Mr. Cancer won’t allow it. We want to do the fight next, Crawford wants to, I think Spence wants to. But Mr. Cancer stands in the way,” Arum said. “You’re talking to me, I’m the head of my company, and I’m telling you I want that fight to happen. Now, you have to talk to Mr. Cancer, but you wont, because he won’t talk to you. So you don’t know what they’re thinking, and why they won’t do it, because they have their own agenda. That’s what’s wrong with boxing – he’s what’s wrong with boxing.”

Clearly Arum has no time whatsoever with the way Haymon conducts his business. Arum seems to feel that a Crawford-Spence fight would be an easy match to make, if only both sides would openly communicate with each other. But now that he has launched this pretty harsh verbal attack on Haymon, will the reclusive head of PBC want to work with Arum any more than he previously did?

If we think Eddie Hearn and Shelly Finkel have a healthy dislike for one another, this rivalry between Arum and Haymon appears to even worse, even nastier. Don’t go holding your breath on seeing that WBO/IBF 147 pound unification showdown any time soon.