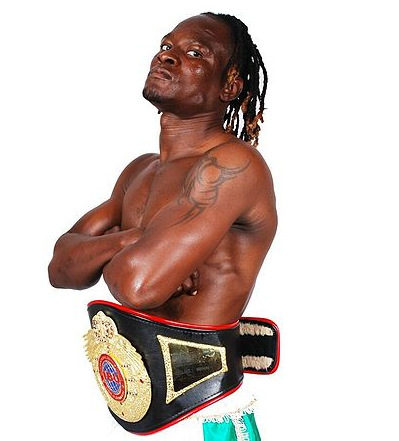 Victor Kpadenou has a tough job on his hands when he steps into the ring next week against American, Morgan ‘Big Chief’ Fitch in a Light heavyweight contest at the Meadow Racetrack and Casino in Washington, USA.

Kpadenou (10-10, 5 KOs), the former IBU super welterweight champion of the world is still looking for his first victory in the United States having lost his two opening fights in the ‘Mecca of boxing’ since arriving late last year.

He lost on unanimous points to both Earl Newman on December 29, 2015 and Godson Noel on January 22 this year but the man from Benin in West Africa is confident he will make this opportunity count against the undefeated Fitch (16-0-1, 7 KOs) on June 18.

“Everything is good. I’m strong boxer with massive experience so I’m good for this fight. I have learnt my lessons and think I’m ready to throw him down,” Kpadenou said in an exclusive interview.

“I seek the prayers and support of all my fans to ensure victory. I promise them all a good fight and by God’s grace win for Benin and all Africa,” Victor Lors added full of confidence.

30 year old Kpadenou is already looking ahead to the future after what he insists will be a victory over the 33 year old Fitch, confident he can go on to realize the childhood dream of becoming a recognized world boxing champion.

“I have big dreams and I’m still focused on achieving. I have so many things to do and top of the list is winning the world title so this fight is just a stepping stone and nothing will stop me,” the former Africa Boxing Union Super Lightweight champion emphasized.