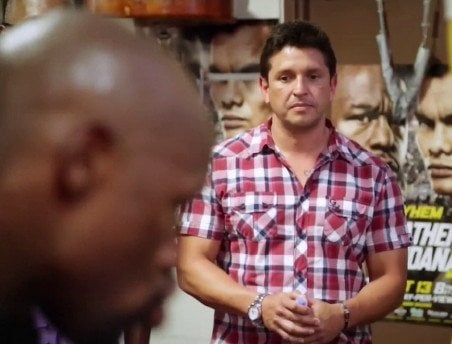 The reports coming out of the Mayweather Boxing Club, have Floyd showing more punching power while sparring than he’s had in the recent past. Jeff Mayweather, uncle of the P4P king has spoken about a recent 3 round sparring session between Mayweather and Zab Judah, that his nephew dominated and “beat Judah up”. Reports from a couple of weeks back had Mayweather stopping a sparring partner with a body shot. Uncle Jeff said he initially believed that his nephew brought former Pacquiao strength and conditioning coach Alex Ariza in as psychological ploy against the Pacquiao camp.

What’s funny here is that Ariza is now doing strength and conditioning training for Floyd Mayweather. What’s also funny is how suspicious many of the Mayweather naysayers (haters) have become regarding that relationship. I say funny because the inference is that Ariza could be up to no good, even though it was great when Ariza worked for Pacquiao.

I have to say it looks hypocritical that Mayweather would bring a man into his camp he previously inferred malfeasance about when it came to his role with Manny Pacquiao. Also interesting is the insistence of the Pacquaio camp to impose a $5M penalty for any failed drug test, a condition that isn’t in the currently negotiated contract.

In any case Mayweather has signed Ariza to a 2 year pact and early reviews are positive. And, Ariza has said he won’t be revealing any inside information about Pacquaio to Mayweather. Jeff Mayweather is saying that Ariza has Floyd lifting weights, using resistance bands and doing different strength and conditioning drills than in previous camps. If what Jeff Mayweather says is true, the added punching power to go with Mayweather’s already formidable skills will make the big fight that much more difficult for Manny Pacquiao.

And NO contrary to rumor Floyd Mayweather doesn’t have USADA and WADA in his back pocket!