Kevin Johnson Vs. Agit Kabayel In June – Can “Kingpin” Pull Off Another Upset? 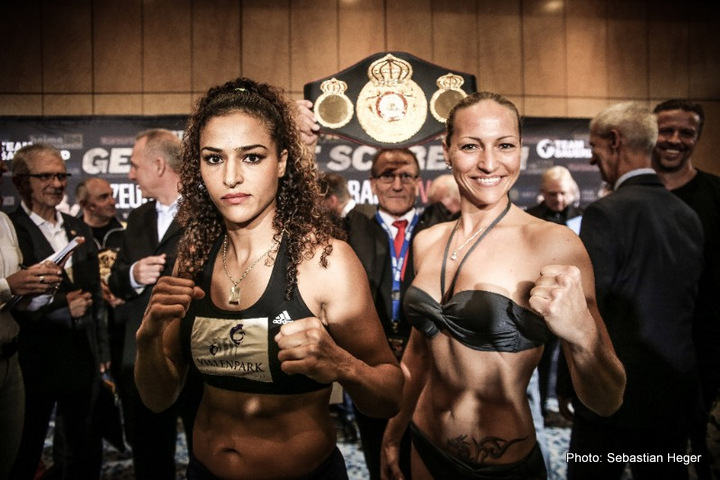 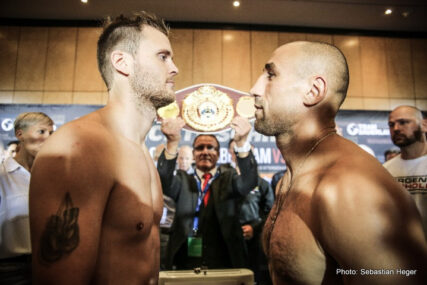 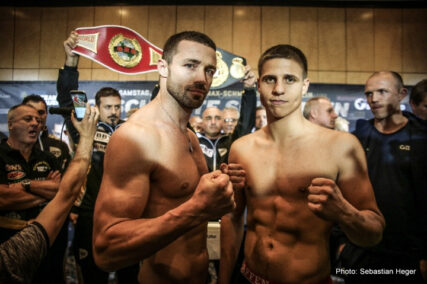 Former two division world champion Arthur Abraham (44-5, 29 KOs) is in a must win situation this Saturday in his fight against #15 WBO fringe contender Tim-Robin Lihaug (15-1, 8 KOs) in a scheduled 12 round fight for the vacant WBO International super middleweight title at the Max-Schmeling-Halle in Berlin, Germany.

The 36-year-old Abraham lost his WBO super middleweight title last April to unbeaten Mexican Gilberto “Zurdo” Ramirez by a 12 round unanimous decision. What was troubling about the fight was how little effort that Abraham put into cutting off the ring on the taller 6’2” Ramirez.

Abraham had to know going into the contest that Ramirez was a highly mobile fighter that wouldn’t just stand there and trade with him for 12 rounds. As bad as Abraham looked in that fight, he would have had problems even if Ramirez did fight a stationary fight. Abraham didn’t have the work rate or the arm reach to negate the advantages that the 24-year-old Ramirez came into the fight with.

Abraham is ranked #6 with the WBO, so he’s in range of getting another crack at Ramirez if he really wants it. Abraham’s promoters can certainly get him a second fight with Ramirez. It’ll be tough for Abraham if he does fight Ramirez again because it would require for him to fight a completely different fight than he did last time. Whether Abraham is capable of doing that at his age is the big unknown.

Four Top Rank on ESPN Events in May and June

The 23-year-old Norwegian Lihaug is not a world beater by any means. If there’s someone that Abraham should be able to beat, it’s this guy. Lihaug has fought lower level opposition since he turned pro in 2012, and he was beaten by Oscar Ahlin by a third round knockout in his fourth fight of his pro career in 2013. Lihaug never attempted to avenge the loss, which is sort of troubling. Normally you like to see a fighter go back and prove that he can avenge a loss to a lower level fighter like Ahlin, but Lihaug never took that step.

Lihaug may not be the greatest fighter in the 168lb division, but he’s got an advantage in this fight because he’s had a lot of time to study the tape of the Abraham-Ramirez fight so that he can learn what to do against Abraham to send him to his second straight defeat. The blueprint is there for Lihaug to follow if he’s smart. All he needs to do for him to beat Abraham is use fast combinations, a strong jab and a lot of movement to keep out of the way of Abraham.

Lihaug would be wise to use the same in and out attacks that Ramirez used against Abraham in order to win the fight.

For Abraham, he’s got to put some effort in for him to beat Lihaug. Abraham can’t take the same lazy approach that he used against Ramirez if he wants to win. In other words, Abraham must go on the attack, cut off the ring, and force Lihaug into exchanges. It wouldn’t hurt if Abraham threw nonstop punches when he does get in punching range. He can’t throw a few punches and then take a breather like we’ve seen in many of his fights.

That’s not going to work even against a fringe level fighter like Lihaug. This is a young guy that can probably move all night long if he has to avoid the short-legged Abraham for 12 rounds.

Prediction: Abraham by 12 round unanimous decision.

WBA World super middleweight champion Giovanni De Carolis (24-6, 12 KOs) makes his first title defense of his WBA 168lb belt against #13 WBA Tyron Zeuge (18-0, 10 KOs). De Carolis, 31, has a younger guy in the 24-year-old Zeuge in this fight, and it could be a tough fight for him. Zeuge doesn’t have the same kind of two-fisted power that De Carolis’ last opponent Vincent Feigenbutz possessed, but he does have an excellent right and he’s not afraid to use it.

The 6’0” De Carolis is going to need to use height and reach advantage in this fight for him to avoid getting chopped down by Zeuge. De Carolis has looked good in his last five fights since losing to Arthur Abraham by a one-sided 12 round unanimous decision in October 2013. There’s been a great deal of improvement in De Carolis’ game since that loss. However, he’s fighting a guy with explosive power in Zeuge, and this could prove to be a hard for De Carolis if he can’t keep the German fighter on the outside all night long. Zeuge is capable of doing many of the same things Abraham did against De Carolis.

Zeuge doesn’t have a left hand like Abraham, but his right hand power is right up there with him. We could see an upset on July 16 if Zeuge is able to get in punching range often enough to nail De Carolis right hand hands. The one negative that jumps out at you when looking at Zeuge’s past fights is he’s not really aggressive enough. He seems to wait around for his opponents to attack him rather than the other way around. This passive approach to fighting might work against the 3rd tier fodder opposition that Zeuge has built his record on, but it’s not going to work against De Carolis. 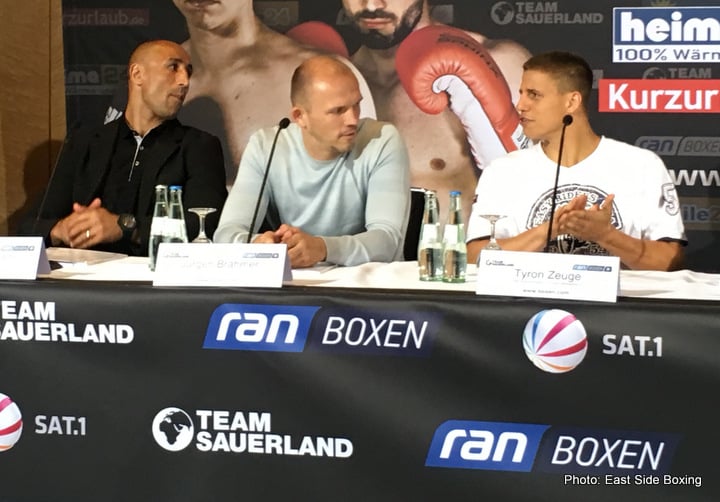 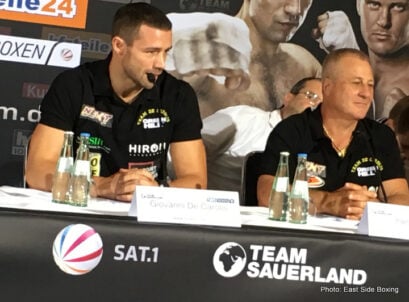 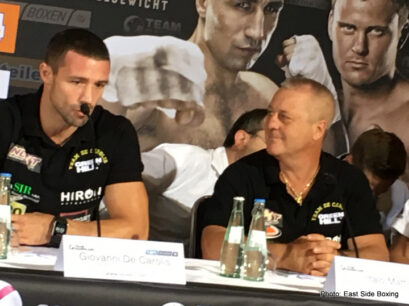 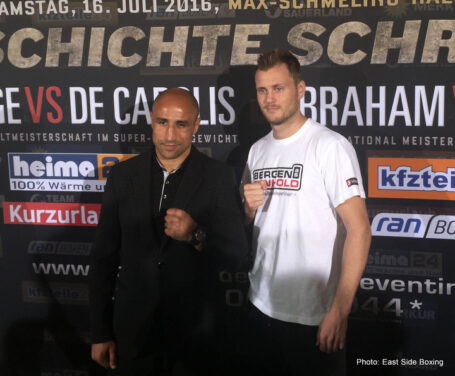 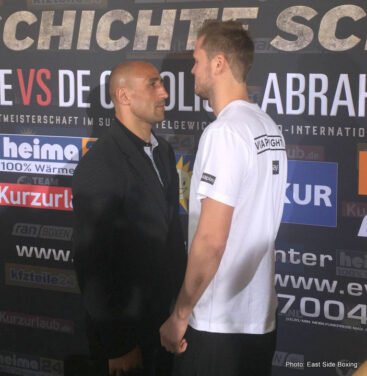 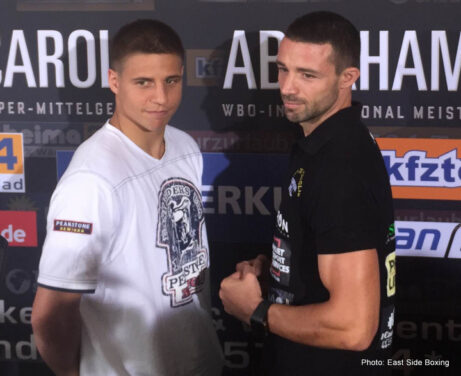 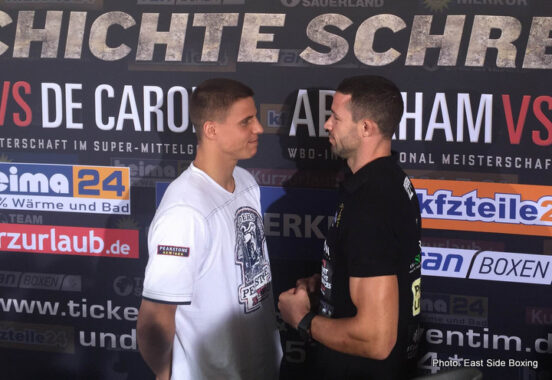 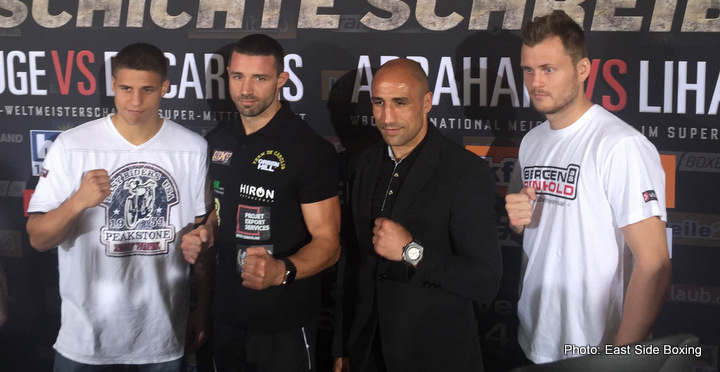 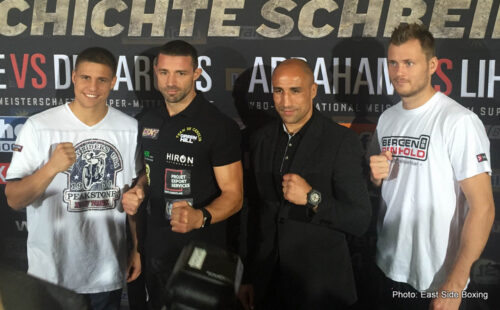 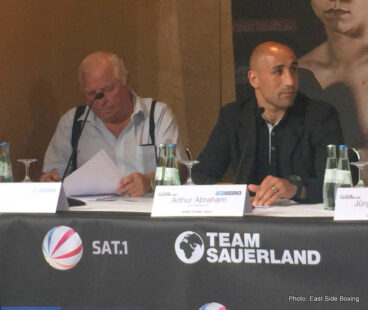 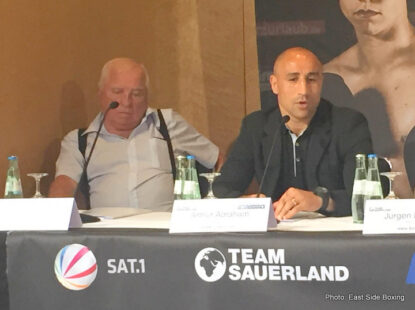 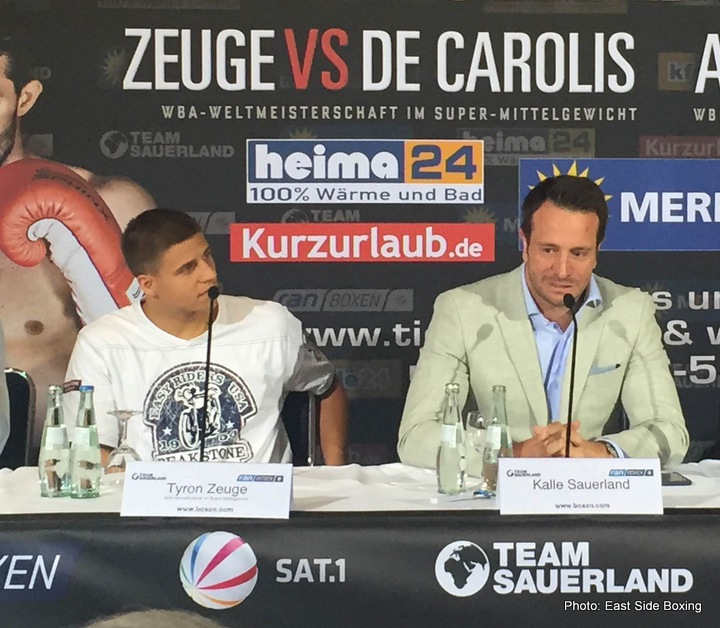 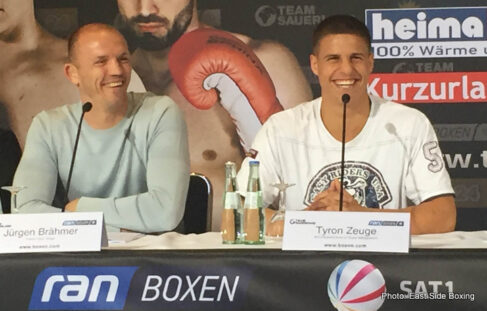 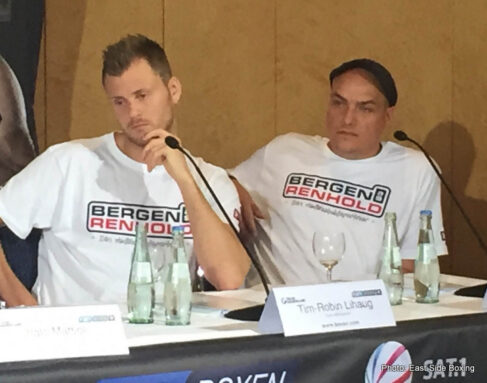 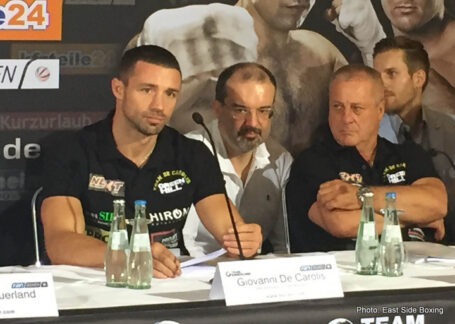 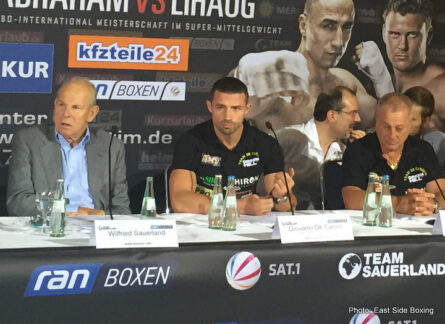 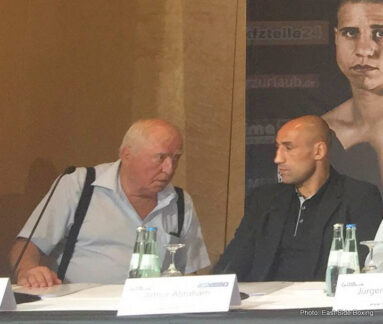 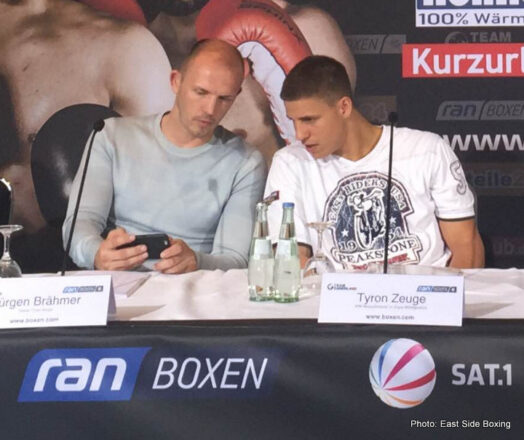 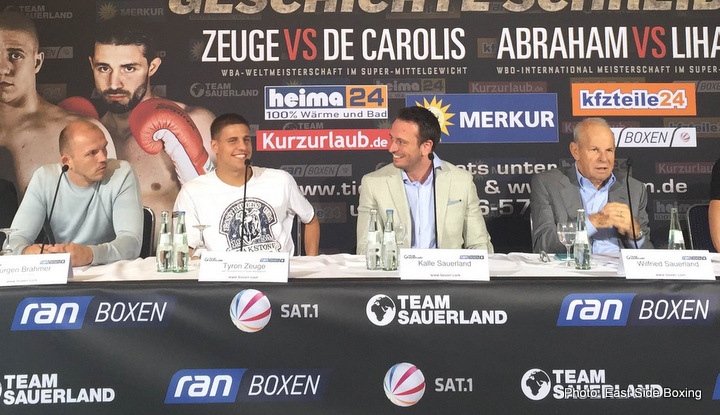 If Zeuge fights in the same lazy manner as he did in his first 18 fights of his pro career, then De Carolis is going to have an incredibly easy time out-boxing the German and winning an easy decision. If I were Zeuge’s trainer, I would shake some sense into him and let him know in strong words that he needs to fight harder. He’s not going to win a world title if he’s just going to wait around all night looking for one opportunity to drop some of his right hand bombs.