On this day in 2007, a motorbike crash did what no ring opponent could do – it put Diego “Chico” Corrales down for the long count. It was a sad end to a great fighter’s life. Ironically, two years earlier to the day, Corrales, along with dance partner Jose Luis Castillo, gave us a fight that was so good, so brutal, so savage, many people called it then and call it now, the single greatest fight in the history of boxing.

You may point to the Ali-Frazier epics (fights one and three) when it comes to naming the greatest fight ever, or maybe you go Hagler-Hearns, or Bobby Chacon-Bazooka Limon IV. Or maybe you have another choice, but there is absolutely no denying the fact that the all-out war 135 pound warriors Diego Corrales and Jose Luis Castillo put on was so very special.

It was at The Mandalay Bay in Las Vegas when it went down, when “Chico” met the rough, tough and clever Mexican. What followed was a savage fight; one with an ending so stunning it left even hardened observers stunned, shaking and disorientated. From the opening bell, these two superbly conditioned, fearless and fearsome ring warriors gave us something truly incredible. Scarcely letting up the breakneck pace, let alone looking to initiate a clinch, Coralles and Castillo tore at one another for nine incredible and brutal rounds. The two men stood toe-to-toe, looking to take each other to some hellish place the kind only warriors such as them can understand. Both fighting men were giving way too much. Something had to give. It did, in round number ten.

The last round of a fight that had already bagged the 2005 Fight Of The Year award and more, has to be seen to be believed. What took place inside those three-minutes elevated a great fight into a fight that would simply live forever. With both men fatigued, marked up and having shed some serious blood, Castillo decked Corrales hard. “Chico” bought precious seconds as his mouth-piece came out. Up but soon sent south a second time, Corrales this time deliberately spat out the gumshield. He got more extra time but was deducted a point. But points were the least of it. This was now a fight for survival.

And then, somehow, some way, doing something no exhausted fighter had a right to do, Corrales roared back at Castillo and, upon hurting him and trapping him on the ropes, he put everything he had left into his weakened, dead-weight arms and he banged away to force the stoppage. It was jaw-dropping. It was almost too much for even a seasoned fight fan to comprehend. It was truly magical. Diego Corrales had come back from certain defeat to smash the fight out of Castillo.

To this day, no-one knows how he did it. 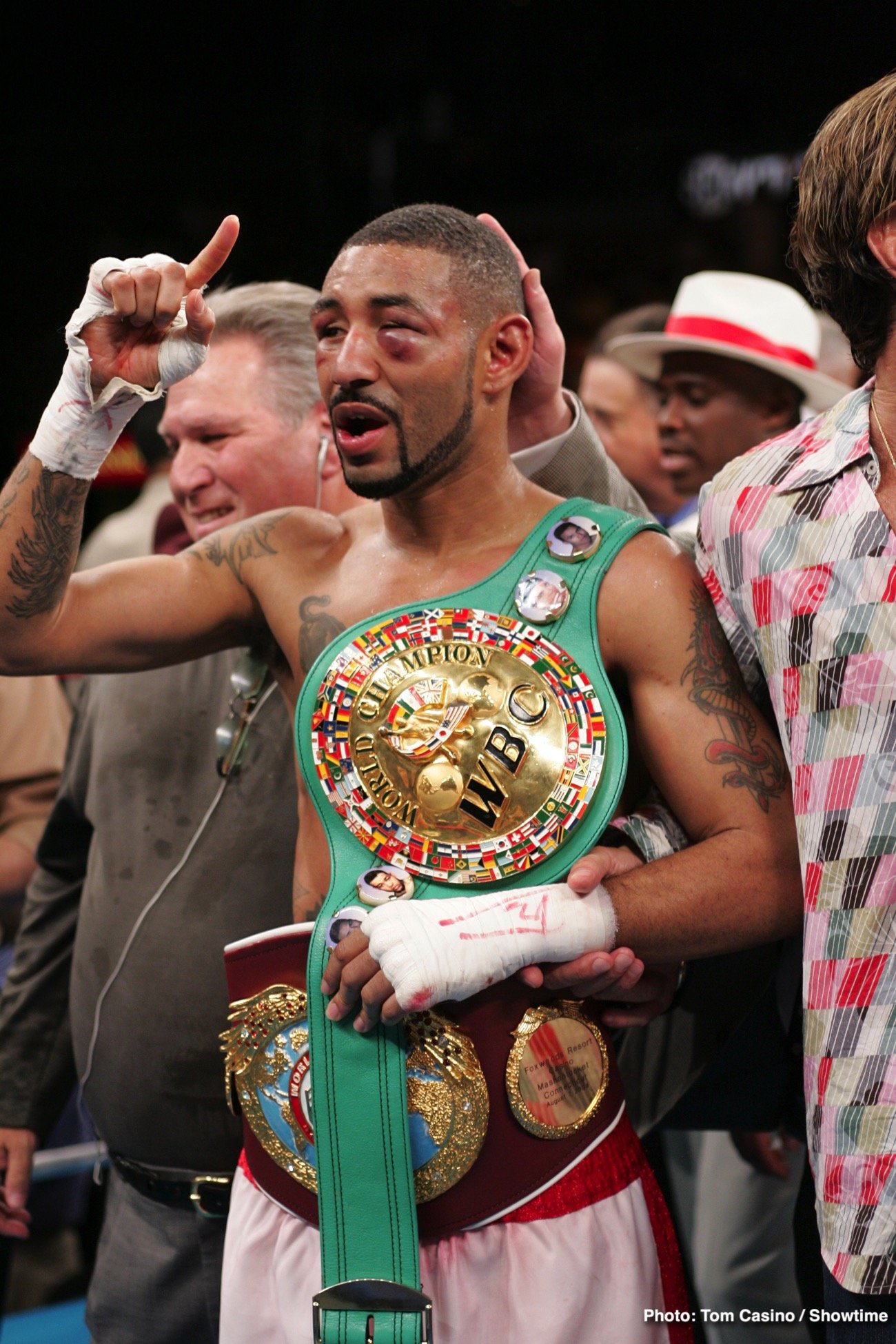