LUCAS “BIG DADDY” BROWNE has received some words of advice from heavyweight legend Larry Holmes ahead of his WBA title clash with Ruslan Chagaev on March 5.

The Easton Assassin was one of the sport’s dominant forces in the late 1970s and early 1980s, beating big names such as Ken Norton, Earnie Shavers and the greatest of them all, Muhammad Ali.

Today he is busy managing his numerous businesses and investments, but he still had time to give some pointers to the hard-hitting Aussie. 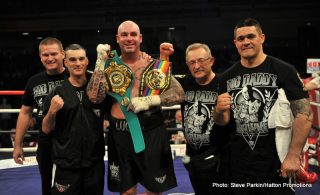 FORMER undisputed heavyweight champion Riddick Bowe believes boxing fans will be hailing a new “Big Daddy” on March 5. The Brooklyner ruled the roost in the land of the giants back in the early ’90s, beating the likes of Evander Holyfield, Bruce Seldon and Michael Dokes. 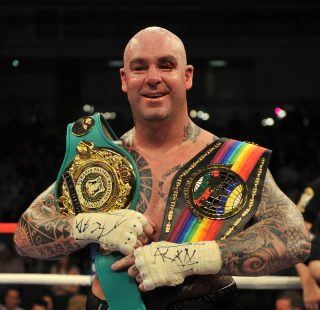 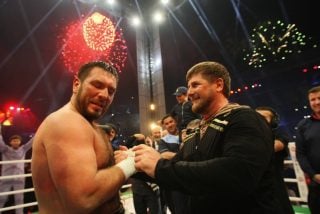 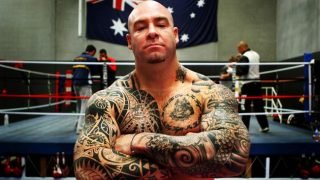 The 36-year-old Australia aims to become his nation’s first ever world heavyweight champion when he squares off with WBA kingpin Ruslan Chagaev in Grozny, Chechnya on March 5.

LUCAS “BIG DADDY” BROWNE has the opportunity to make history when he faces Ruslan Chagaev at the Akhmat Arena in Grozny, Chechnya on March 5. Australia has never had a world champion in the heavyweight division, but the 36-year-old from Sydney aims to change that by ripping the WBA crown away from the experienced Uzbek. Browne has been the mandatory challenger for the title since February, but has had to wait patiently for a shot due to Puerto Rico’s Fres Oquendo being granted a rematch with Chagaev. That return was scrapped in October when Oquendo suffered an injury.

LUCAS “BIG DADDY” BROWNE admits he’s been waiting by the phone in anticipation of getting his World Boxing Association heavyweight title shot against Ruslan Chagaev.

The big punching Aussie was made mandatory challenger for the crown in February this year, but his challenge was pushed back after Puerto Rico’s Fres Oquendo managed to obtain a court ruling that allowed him to jump the queue and face Chagaev in a rematch of their July 2014 encounter.

Read moreLucas Browne: I can’t wait to get my shot at Chagaev