Former 2x middleweight world title challenger Matthew Macklin (33-6, 22ko) is convinced he has still has more to give at the top level, and took another small step toward getting his career back on track last night in Marbella, when he stopped German club fighter Chris Hermann (19-7-1, 10ko) inside a round on a show put on by the promotional arm of his MGM gymnasium, which is located in the Spanish resort.

‘I touched him (Hermann) with the uppercut to bring his hands up and that gave me the opening to the liver/floating rib area… when you land clean there with a bit of power, not too many guys get up from it,’ Macklin said following the body shot victory.

Middleweight contender Matthew Macklin returns to action in Marbella next month as he kicks off a 3 fight
plan that he believes will lead to World title glory. The former Irish, British and European Champion and three
time World title challenger will headline an MGM Promotions black tie dinner event at the H10 Andalucía Plaza
Hotel in Puerto Banús on August 28th with two further outings planned before the end of the year.

Ever since Anthony Joshua demolished Denis Bakhtov in two disturbing rounds back in October 2014, there have been calls for the so obviously blessed heavyweight to be matched tougher.

Unfortunately for South America’s heavyweight champion Raphael Zumbano Love (donning velour shorts on the night) these calls have been ignored. In two equally alarming rounds he, just like his 11 peers before him, found out just what the fuss is all about.

Matthew Macklin retains the unflinching belief that he is capable of world title glory ahead his comeback on Matchroom’s RESURRECTION card this Saturday.

Multiple middleweight World title challenger Macklin, 31-6 (20KO’s), returns to British shores for the first time since 2010 as he looks to rebuild his career in his hometown of Birmingham following his crushing defeat to Jorge Sebastian Heiland by 10th round knockout in November 2014.

Macklin will now face unheralded Hungarian southpaw Sandor Micsko, 25-8-2 (19KO’s), in the wake of original opponent Ferenc Albert’s withdrawal from the contest earlier this week. A change unlikely to phase the middleweight who continues to reach for the stars, despite some alarming signs in his previous contest. 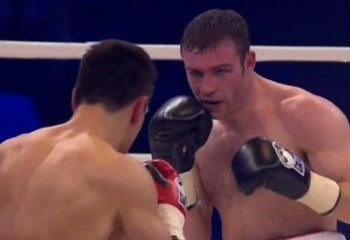 This Saturday, Birmingham middleweight Matthew Macklin (31-6, 20ko) attempts to steer his career back towards world title glory in a confidence building fight against Ferenc Albert (12-7, 7ko) on the Matchroom sport show from the city’s Barclaycard Arena.

Macklin – just days shy of his 33rd birthday – is coming off a devastating knockout loss to Argentine contender Jorge Sebastian Heiland (25-4-2) last November that left many in the trade questioning whether the Brum fighter still has the goods to mix it at top level.

This weekend sees the return of MGM’s very own Matthew Macklin to the ring; he is fighting in a highly anticipated match on Saturday night in Birmingham. Macklin is up against Ferenc Albert and he has already set his sights higher. He needs to win on Saturday to be in with a chance of pressing forward for his next world title fight, and he has identified WBO middleweight champion Andy Lee.

Matthew Macklin boxes at the Barclaycard Arena in Birmingham on Saturday live on Sky Sports for the first time in five years and says he must bounce back in style to land a World title shot. 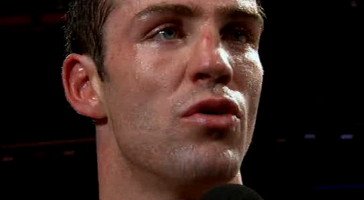