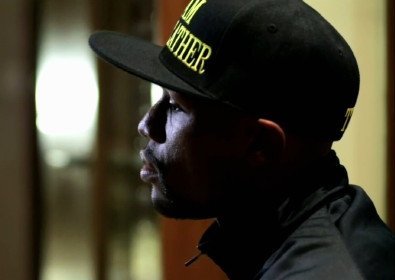 Floyd Mayweather Jr.’s auxiliary goal in the sport of boxing, for over four years now, seems to have been to tear down the image of Manny Pacquiao in any way he can. Floyd can’t and/or won’t do it in the ring so he does it outside of the ring with racial and ethnic slurs, mocking insults, false and damaging accusations, and various other attempted belittlements. A mission of sorts, clearly Manny has been on Floyd’s mind more than Floyd has been on his.

Floyd likely hoped Manny was done, once and for all, after Marquez knocked him out last year, likely betting that he would never have to face him in the ring or to compete with him again in any venue or on any level. But Manny came back in impressive style and now, Floyd can’t handle it. He thought Marquez had put out Pacquiao’s lights permanently. Instead, they are shining again, and even if not as brightly as before, there remains a strong glimmer of hope and confidence for, and in the man. Floyd Mayweather Jr. simply cannot handle this truth.