Like many fans, my introduction to the sweet science came from watching the highlight reel knockouts of Mike Tyson. A casual viewer at first, I soon became enamoured with the sport after watching such greats as Pernell Whitaker, Roy Jones Jr. and Lennox Lewis. Craving more, I decided to check out some of the great fighters of old. Every now and then, ESPN Classics would spotlight fighters such as Roberto Duran, Mohammed Ali or even Sugar Ray Robinson.

Eventually, I came upon Smokin’ Joe Frazier. I had heard the name, of course, but had not seen any of his fights. They were showing his first fight with George Foreman – Kingston, Jamaica in 1973. I could still feel the electricity all these years later as the fighters entered the ring. 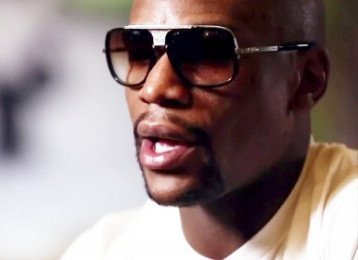 By Blair Frison: Most boxing pundits agree that the legacies of Floyd Mayweather Jr. and Manny Pacquiao will stand the test of time, whether or not they face each other. Certainly, nobody can deny them their place in history; their names will be remembered. But they still show a worrying lack of concern for said legacies.

Pacquiao, while great, lacks a voice. He has shown no appetite for this fight. After his impressive victory over Brandon Rios, he was asked the obvious question of who he wanted next. True boxing fans everywhere issued a collective groan when he gave the standard “It’s up to my promoter” response. He has tried to redeem himself in recent weeks and must be applauded for his offer to fight for charity – a stroke of genius on his part, for which Mayweather had no legitimate response. But Pacquiao needs to do more. Basically, he needs to become a champion trash-talker. Calling Mayweather a coward was a good start.