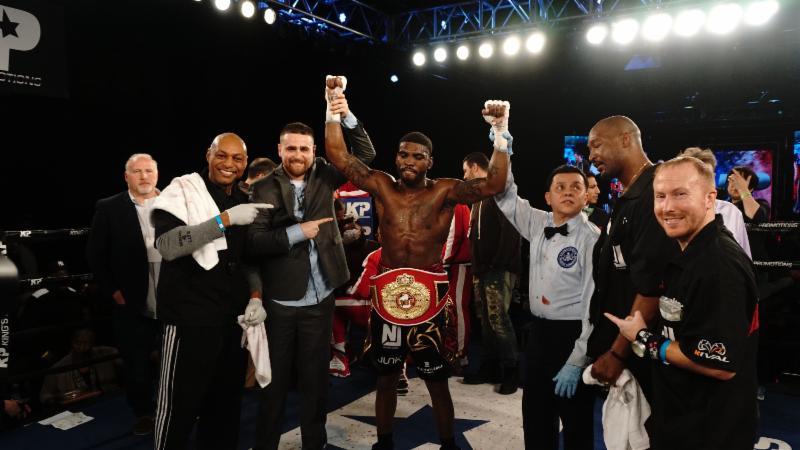 The popular series ShoBox debuted in Atlantic City on July 21, 2001 and has produced 84 fighters who later went on to win a world title. Just like it has for the past 20 years, the upcoming tripleheader will feature prospects matched tough with a combined record of 81-1-5, including five boxers who have yet to taste defeat at the professional level.

“This is a milestone ShoBox event and we could not be more excited,” said Gordon Hall, who has served as the executive producer of ShoBox: The New Generation since its inception. “As we celebrate two decades of ShoBox on July 23, we will stay true to our ethos to match undefeated, developing prospects tough. In the main event, undefeated 168-pound prospects with decorated amateur pedigrees will seek a career-best win. The co-feature has the return of fast-rising Janelson Bocachica in a difficult style matchup against the power-punching Bunch, while the opener features a battle of unbeatens that could steal the show. ShoBox remains the sport’s ultimate proving ground for prospects and this event on July 23 is the perfect way to kick off our next decade.”

The event, which is promoted by Marshall Kauffman’s Kings Promotions in association with Holden Productions, Salita Promotions and DiBella Entertainment, brings together fighters from seven different boxing promotional and management teams.

Henderson vs. Steen is a matchup that was originally scheduled for ShoBox in October, before Henderson withdrew during fight week with an illness.

Born in Fort Worth, Texas, Henderson currently resides and trains out of Fayetteville, Ark., where he was a six-time Arkansas state champion in the amateurs competing in 70 fights. He turned pro in 2016, winning his first 12 fights before fighting Genc Pllana to a draw in 2019. Henderson has prior experience at the Heartland Events Center, knocking out Justin Baesman at the venue in March.

Following high school, Henderson received a music scholarship from the University of Arkansas as a percussionist and graduated with a bachelor’s degree in Music Education in 2012. The 30-year-old Henderson is promoted by Marshall Kauffman’s Kings Promotions.

“Two undefeated guys coming in on the main event,” said Henderson, who is married with five children. “I know he has a good amateur pedigree and he throws good combinations. He is bringing it and I am bringing it. The third time’s a charm to finally make this fight happen. This is the next step in my career.  A lot of fighters have been on ShoBox and have gone on to amazing careers, and now it’s my turn to do the same.”

Like his half-brother, U.S. Olympian Charles Conwell, the 24-year-old Steen of Cleveland also had a successful amateur career with a record of 85-15. In his last fight in November, Steen stopped Colombia’s Juan De Angel with a fifth-round TKO. In February of 2020, Steen needed less than a round to stop Kenneth Council in Hammond, Ind. Steen is co-promoted by Holden and Lou DiBella and managed by David McWater of Split-T Management.

“I have been going from training camp to training camp,” Steen said. “I am going to mix it up, and out box him with a lot of jabs. Then when I see his weakness, I am going to get him out. Kalvin is a come-straight-forward fighter and he punches hard. I was supposed to fight him before, so this fight has been brewing for a while.”

A native of Puerto Rico and fighting out of Detroit, Mich., Bocachica is just 22 years old and already has five years of pro experience, including two appearances on ShoBox. This will be his third appearance on the series in nine months. He is coming off his best win to date, a majority decision win over previously unbeaten Mark Reyes, Jr. An aggressive, come-forward fighter, Bocachica began boxing at age eight, won four consecutive Ringside Championships (2011-14), the National PAL Championships and the 2015 Detroit Golden Gloves. He boasts an amateur record of 60-5 and beat Brandun Lee in the finals to win the 2014 U.S. Junior National Olympics. He is trained by his father, Nelson Figueroa. Bocachica is managed by McWater and co-promoted by King’s Promotions and Salita Promotions.

“This is what ShoBox is known for: matching up fighters for great fights,” Bocachica said. “Shinard Bunch is a step up in competition. He is from the same gym as Mark Reyes, and you saw what I did to him, On July 23, it will be much of the same. Fighting on SHOWTIME has helped with my profile. When I went to Puerto Rico, people knew who I was because of my previous experience on ShoBox. Being on the platform has brought me many new fans.”

Bunch is a Queens, N.Y.-native living and training in Trenton, N.J. Just 21-years-old, Bunch has been active with five fights in 2020 and five fights thus far in 2021. Bunch has more than 400 amateur fights and started boxing at age 7. He was rated as high as No. 3 in the nation at the 2016 Nationals. Currently riding a 13-fight winning streak, Bunch’s only pro loss came in 2019 in just his third fight, a unanimous loss to Paul Kroll. Bunch is managed by Russell Peltz.

“We are coming to work and make a statement,” Bunch said. “I really do not know too much about my opponent. I know he is a pressure fighter. I am not taking this fight lightly. This is a big fight, and we are going to box smart. This is a blessing to have an opportunity like this. Fighting on ShoBox is something that I have always dreamed of.”

The 23-year-old southpaw Jules from Allentown, Pa., is coming off his best victory to date in an ESPN bubble fight last July, earning a majority-decision win over Aleem Jumakhonov. Jules is a 2015 Olympic Trials qualifier and had a 60-15 amateur record since turning pro in 2016 and slowly climbing up the featherweight rankings. Jules was scheduled to make his ShoBox debut in January, but his opponent fell ill the morning of his fight and the fight was called off.

“I am grateful for getting this fight,” said Jules, who is promoted by Kings Promotions and managed by Trifon Petrov. “This is something I have been waiting for a year now. I was supposed to fight on ShoBox before, but the fight fell out. I have been staying ready. My opponent is tough, and he comes ready to fight. He has a lot of merit to him, and that is pushing me to be better and I am excited to fight someone that will make me perform at my best.”

Fighting under the Salita Promotions banner, the 30-year-old Avagyan returns to ShoBox for the third time facing his fourth consecutive unbeaten fighter. In January, Avagyan and Panama’s Jose Nunez fought to a majority draw. Avagyan survived two early knockdowns in his debut against then-unbeaten Dagoberto Aguero to earn a majority decision in the last ShoBox telecast before the COVID-19 pandemic shut down the sports world for several months in March 2020.

Born and raised in Yerevan, Armenia, and now residing in California, Avagyan is a decorated amateur with more than 300 fights. He captured two Bronze Medals at the European Championships and represented Armenia at the 2016 Summer Olympics in Rio de Janeiro.

“I’m always hungry and want to fight and the fact that it will be on the 20-year anniversary of ShoBox is doubly motivating to put on a great show,” said Avagyan. “I’m gradually gaining shape and I have another month to show my best side to all boxing fans. I promise that I’m going to war on July 23. Don’t miss this event and the war of the warrior!”