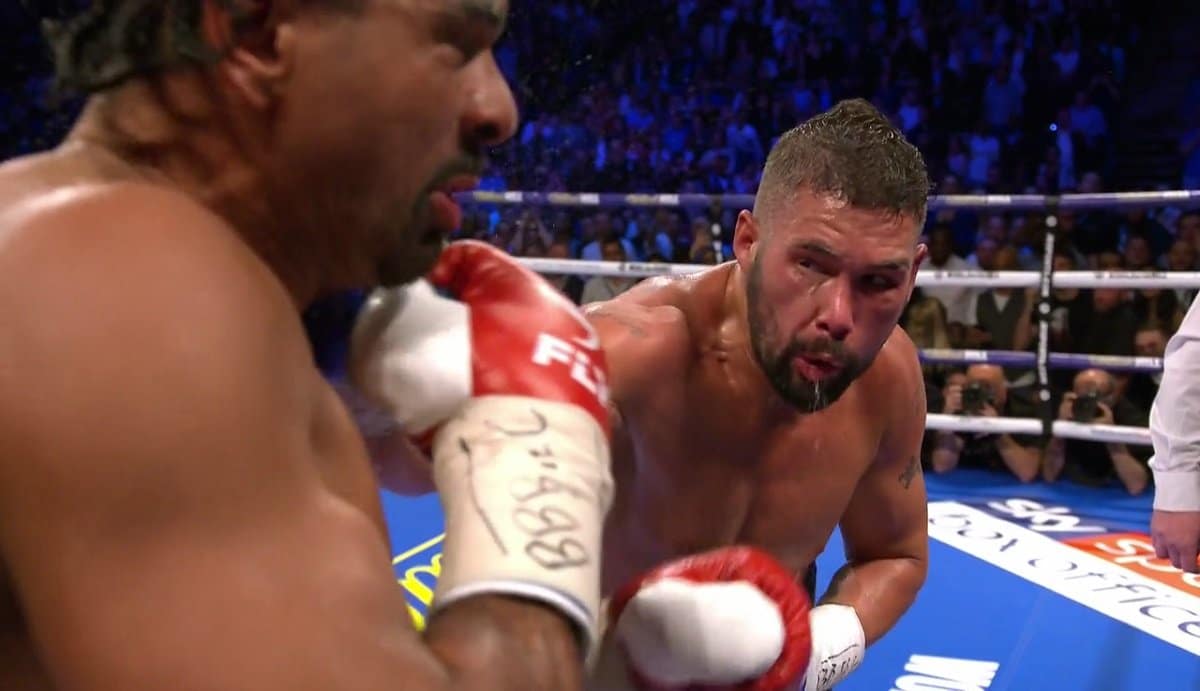 Tony Bellew insists he is ultra-serious about wanting to fight Tyson Fury. Yet to make his next career move, Bellew, in no hurry whatsoever, says the Fury fight is a big fight and one that “ticks the boxes” for him as far as motivation and excitement go. Speaking with iFLTV over the weekend, “Bomber” said that while he knows he would be a huge underdog in a fight with Fury, he is certain he has the power to fell the giant.

“I love Tyson Fury and he knows I do, but I’d definitely hit him very had in the face with gloves on,” Bellew said. “I hit a lot harder than Steve Cunningham.”

Cruiserweight champ Cunningham dropped Fury heavily in the early going of their April 2013 brawl, and despite giving away so much in height, reach and weight, Cunningham was able to stun Fury an additional number of times during the exciting battle Fury eventually won via seventh-round stoppage. Bellew says though, that “after I beat him, I know what they’ll say – that Fury had been out of the ring so long.”

In other words, Bellew feels his achievement would not get the full respect it would deserve. Bellew has upset the odds before – and think back to when his first fight with David Haye was announced, and everyone said Haye would win and win via crushing and quick KO – and he insists he can do so again against Fury.

It’s easy to scream, ‘No way!’ But Bellew has proven – in winning fights with Ilunga Makabu and Haye (twice) – that he is never a fighter to be underestimated. And if this fight did happen it would be a huge event in the UK.