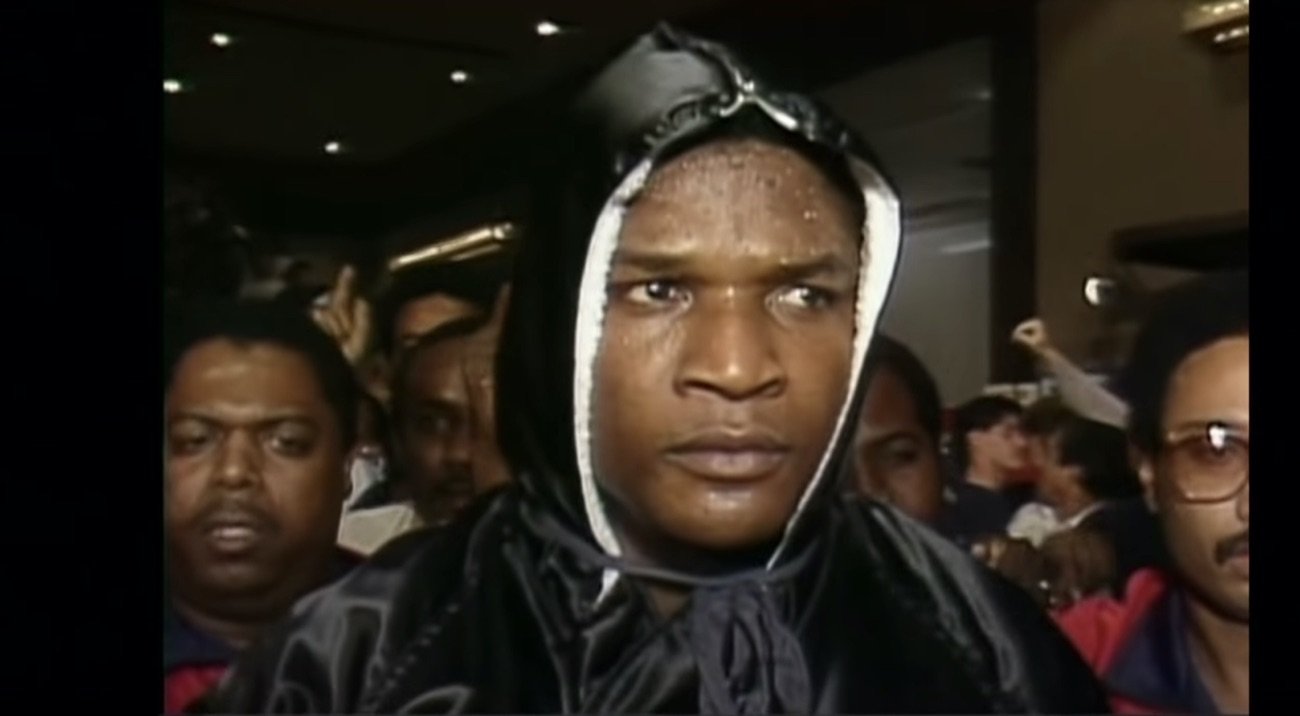 During the early hours of the morning of October 28th, 2006, the butchered body of former heavyweight champion Trevor Berbick was found in Norwich, Portland in his home country of Jamaica; inside the hallowed grounds of a church no less. The 52-year-old had been violently attacked by what appeared to have been either a machete or some other lethal weapon. Berbick had suffered savage “chopping wounds” to the rear of his skull. Police on the scene felt he must have died almost instantly, with no chance to defend himself against his attacker or attackers.

It turned out that Berbick, who had been drinking with friends before attempting to stumble home, had indeed been attacked by more than one person. The two weapons used had been a four-foot-long metal pipe and a crowbar. Berbick had been killed by a member of his own family; his nephew. Harold Berbick, along with Kenton Gordon, had committed the horrific crime. Berbick was just 20 years of age, Gordon was 18. That old motive, money, was the reason these two young men had so brutally cut down a fellow human being; Berbick’s nephew having been embroiled in a land dispute with the former champ. Berbick was sentenced to life in prison, Gordon received a sentence of 14 years.

It was a sad and filthy end for a man who once ruled the world (albeit for a short period of time). One particular UK boxing magazine was criticised by some for publishing a graphic photo of the deceased and bloodied Berbick. It was indeed a wholly unpleasant story.

Berbick was no great fighter and he was certainly no saint outside of the squared circle. Going pro out of Montreal, Canada in September of 1976, this after representing Jamaica at the ’76 Olympics, the 19-year-old Berbick proved he was a tough, heavy-handed fighter who had a good chin and some boxing ability. Wins over the likes of John Tate (in a memorable KO that was scored on the Duran-Leonard card of June, 1980), Greg Page and David Bey earned Berbick respect, while losses to Bernardo Mercado, Renaldo Snipes and S.T Gordon showed Berbick’s limitations. Still, the Mercado loss aside, Berbick was never KO’d as he closed in on a title shot.

In April of 1981, Berbick went the full 15 rounds with Larry Holmes. Though he was widely outpointed, Berbick became only the second man to go 15 rounds with Holmes. Then came the awful “Last Hurrah,” between a badly faded Muhammad Ali and Berbick; the fight staged in the Bahamas a tough one to watch. Berbick is actually one of only two men to have fought both Ali and Mike Tyson.

Berbick was of course knocked silly by a rampaging Tyson in November of 1986, this Berbick’s most famous and most widely viewed fight. The 32-year-old, who had edged Pinklon Thomas (who had fallen into a battle with drugs around this time) to take the WBC title, was never the same again. Berbick seemed to have lost the plot in later years, even claiming he had been drugged ahead of the Tyson fight, and that the shot “Iron Mike” took him out with actually missed. Quite amazingly, Berbick had over 20 further fights after being ruined by Tyson.

Berbick fell foul of the law in 1992, when he was convicted of raping the baby sitter of his children. Sentenced to five years in prison, Berbick, who claimed his innocence, was freed after serving 15 months. Berbick resumed his boxing career in 1994, before he was deported from the U.S to Canada; this for violating his parole after he had been jailed for another crime, this of assaulting his former business manager. Worse still for the now 40-something, Berbick failed a brain scan, a blood clot having been detected.

This was in 2000 and Berbick finished with a 50-11-1 record. Berbick returned to Jamaica in 2002, where he occasionally got into trouble committing petty offences. Then, in the dark hours of the morning of October 28th in 2006, Berbick met his end. Very few tributes were written about the former WBC heavyweight champion at the time of his murder, the sordid element of his life proving more interesting.

Again, Trevor Berbick was no saint, yet he met as cruel an ending to his days as anyone could care to dare to conjure up.