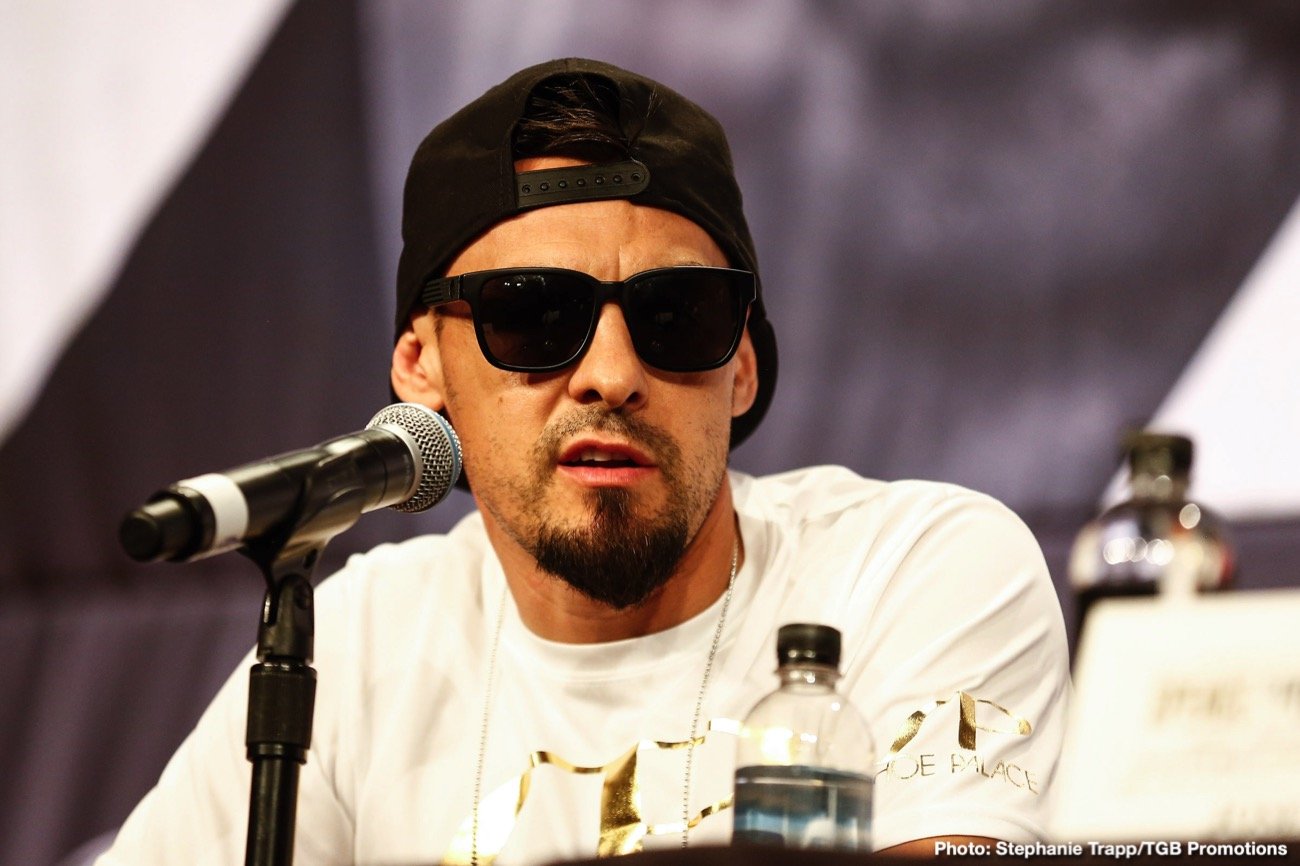 Former two-division world champion Robert ‘The Ghost’ Guerrero is hoping to get the winner of this Saturday’s clash between Manny Pacquiao and Yordenis Ugas.

The 38-year-old Guerrero (36-6-1, 20 KOs) will be fighting former WBC welterweight champion ‘Vicious’ Victor Ortiz (32-6-3, 25 KOs) in a 10-round bout in the co-feature on the Pacquiao – Ugas card this Saturday, August 21st, at the T-Mobile Arena in Las Vegas, Nevada. The card will be shown on FOX Sports PPV.

Guerrero hasn’t fought in two years since his 10 round decision win over Gerald Thomas, so there would be a little bit of ring rust when he steps foot inside the ring on Saturday.

‘The Ghost’ is an unlikely fighter to be battling in the chief support bout against 34-year-old Victor Ortiz, but with both guys being with PBC, it’s logical the fight was made.

With the success of the YouTuber celebrity fights and the Mike Tyson fighting exhibition matches, it makes sense for Guerrero to fight Ortiz in an old-timers fight.

“Oh definitely, it opens up a lot of doors about the possibility of what could happen, and the landscape is open for the welterweight division,” said Robert Guerrero to iFL TV when asked if he wants to fight the winner of Pacquiao vs. Ugas. 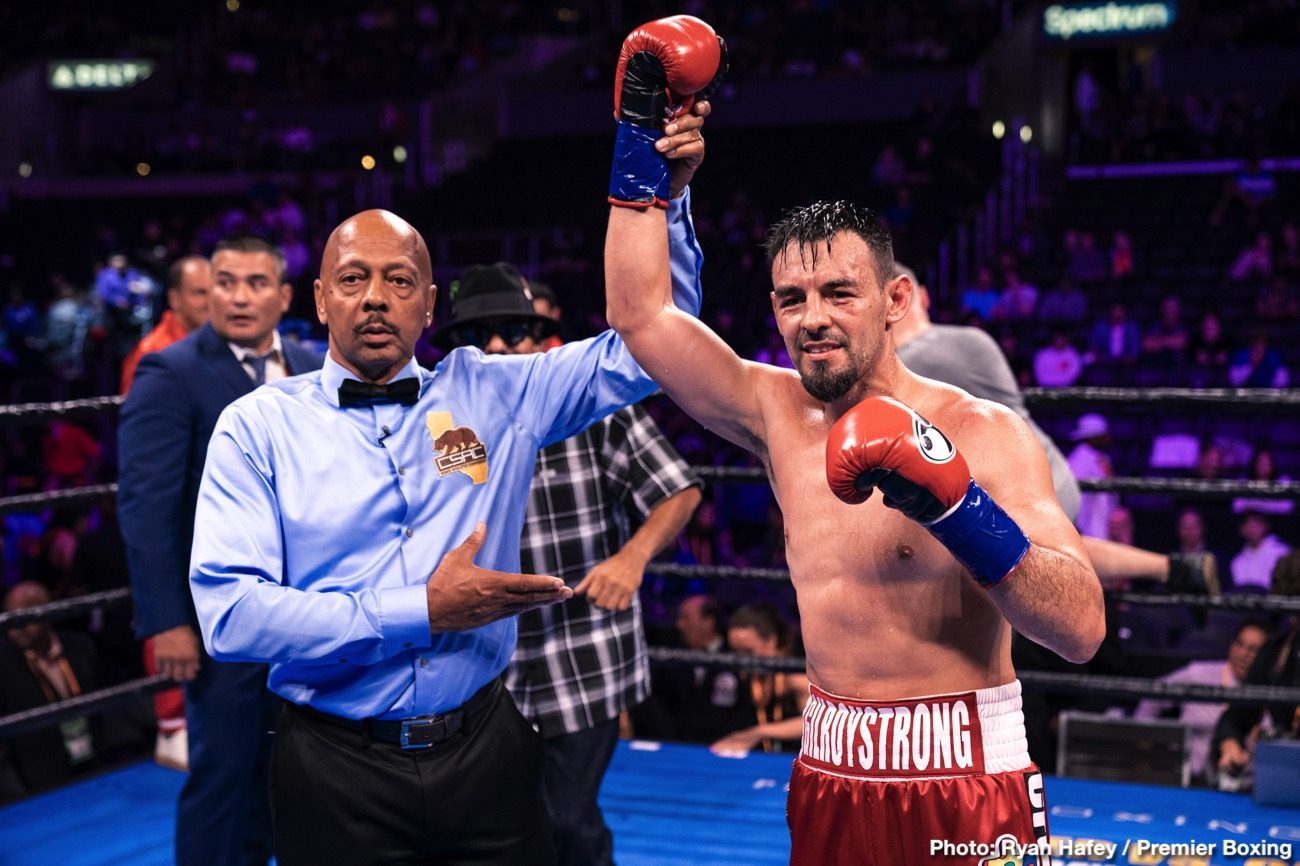 “I’m excited at being the semi-main event on this card. If things go good, we can get the shot at the winner [of Pacquiao – Ugas].

“I think it’s going to be a great fight [Pacquiao vs. Ugas]. They’re both in shape, and both training for the same target date, and they’re both coming in shape.

“The one thing I’m looking at is the adjustments from Ugas to left-handed. I think he was preparing for Maidana, a right-hander.

“With Manny, he’s been fighting right-handers his whole career, so I think the adjustment is going to be a little easier.

“It’s like riding a bike for him, so I think he’s going to do very well. I’m picking Manny in this fight just on the experience factor,” Guerrero said.

Guerrero will need to look mighty good in his performance against Victor Ortiz for him to have a decent chance of getting Pacquiao next. While Guerrero has a three-fight winning streak going since 2018, and he’s not been fighting world class opposition.

Victor Ortiz hasn’t seen action since his fight with Devon Alexander in 2018. That was scored a draw.

“Definitely, I would want that fight,” said Guerrero when asked if he’d like to fight Amir Khan. “Khan’s a big name in the U.S and the UK. It’s a fight that a lot of fans would love to see also. So there’s a lot of potential for that fight to happen also. I’m excited to be in the position I’m in right now to take full advantage of it.

“The fight between me and Victor Ortiz. The fans wanted to see it for the longest time, and we were on a crash course and just never got to meet.

“Here it is now, and we’re going to go out and make it happen. I’m coming to fight and coming to win. Just stay tuned because me and Victor Ortiz are explosive fighters.

“Anything can happen. I’m ready to go, well prepared, and I’ve been in Las Vegas for a month and a half training.

“It’s exciting to be on an undercard of Manny Pacquiao, especially being the semi-main event.  It’s a big opportunity, and we’re going to take full advantage of it,” Guerrero said.

Amir Khan is in the same boat as Pacquiao in that he likely won’t agree to fight Guerrero.