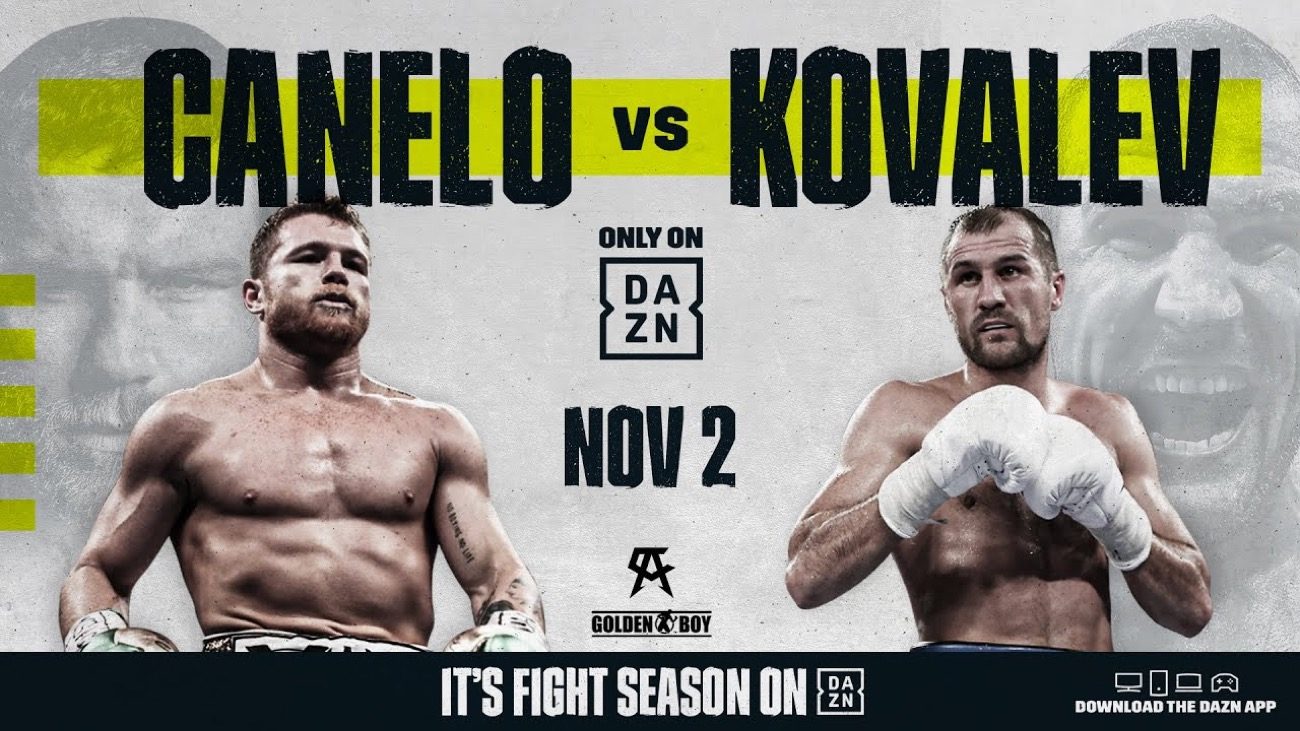 There is no doubt the upcoming, November 2 clash between defending WBO light-heavyweight champ Sergey Kovalev and middleweight king Canelo Alvarez is a big fight – but is it “huge?” Is it bigger than a Canelo-Gennady Golovkin III? Promoter Oscar De La Hoya, a man who has often come out with somewhat outlandish things in the past, says that in his opinion Canelo Vs. “Krusher” is bigger than a third fight between GGG and Canelo.

So is De La Hoya right, or is he guilty of being outlandish one more time? Speaking with The Los Angeles Times, the Golden Boy head said that while we will see a third fight between GGG and Canelo next year – the two boxing to a draw in fight-one, Canelo winning a close decision in fight-two, but in the opinion of quite a few fans GGG is actually 2-0 over the Mexican star – the November 2 fight is a bigger deal.

“You will absolutely see Canelo and GGG fight next year,” De La Hoya told the paper. “It could be in May or September, but that fight will happen. But Canelo’s fight with Kovalev is huge. I think it’s bigger than a fight with GGG. It’s a mega-fight. Kovalev has a real shot to knock him out and beat him and people know that.”

Again, Kovalev defending against Canelo, who will be moving up 15 pounds above the middleweight limit and will be fighting at a weight seven pounds heavier than he has ever boxed before, is an intriguing fight – but a mega-fight? Not quite. But a third and almost certainly final showdown between Triple-G and Canelo, that IS a super-fight; a mega-fight.

De La Hoya assures us it will happen next year, so from that can we assume Canelo will come back down to 160 pounds after the Kovalev fight win or lose? Or might Canelo, if he’s able to overcome Kovalev and decide that he likes fighting as a light-heavyweight, suggest to GGG that if he wants that third fight with him then he too must move up?

Only time will tell. It’s great that we will (possibly) get to see both Canelo-Kovalev and Canelo-Golovkin III, yet if you could see just one of these two fights, which would you pick? Let’s face it, Canelo is taking a gamble against Kovalev and for that he deserves credit, but the world simply needs to see that final battle between Canelo and Golovkin – the two best middleweights in the world today.