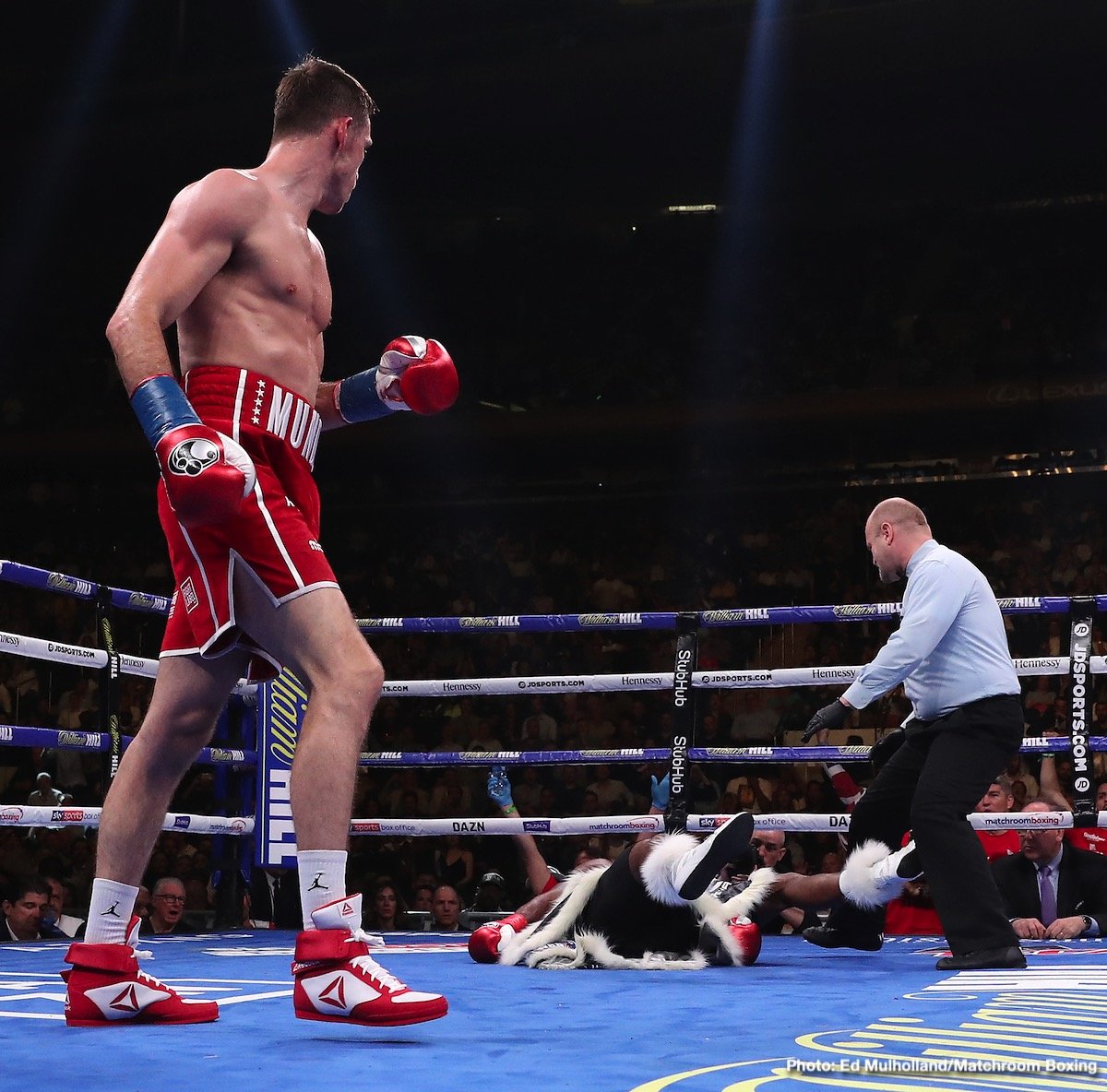 We await news of who middleweight champion Canelo Alvarez will fight next. The Mexican star will fight on September 14 yet his dance partner is yet to be decided. Most fans are still hoping it will be that third fight with Gennady Golovkin – a fighter Canelo has yet to defeat in decisive fashion in the opinion of many – but the word is, Canelo is not that interested, that he is instead looking at moving up in weight, to a fight with 168 pound champ Callum Smith or even to 175 and a fight with Sergey Kovalev.

And Callum Smith’s brother Liam – who was stopped in nine-rounds by Canelo in a 154 pound clash back in 2016 – is positive his brother would score the revenge win should he get the opportunity to fight the superstar.

“I think if anyone beats Canelo, it’s Callum Smith,” Liam told BBC Sport. “It’s so good to pit your wits against someone like that. Canelo is class, but he’s not the be all and end all. Callum is bigger, can box, fight and can dig in. I would be massively confident in him going into that fight and believe he could upset the world.”

Canelo, and Golden Boy, has expressed interest in a fight with Callum for some time now, and there has even been talk of the possibility of the fight taking place at a big stadium in the UK. That would surprise many, as would a Canelo move up as high as light-heavyweight, but who knows what may happen.

The great Vasyl Lomachenko is headed to the UK soon, to face Britain’s Luke Campbell. Maybe Canelo will also fight in these shores, against another warrior named Smith. It would be a huge achievement for Smith if he were able to upset Canelo; as would it be a massive night for British boxing.

Canelo has fought bigger men than himself before now but the flame-haired star would be taking a legitimate risk against Smith, even more so against Kovalev. Has Canelo perhaps seen the last of his days as a middleweight?