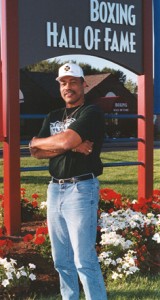 In 1992, Norton was elected into the International Boxing Hall of Fame.