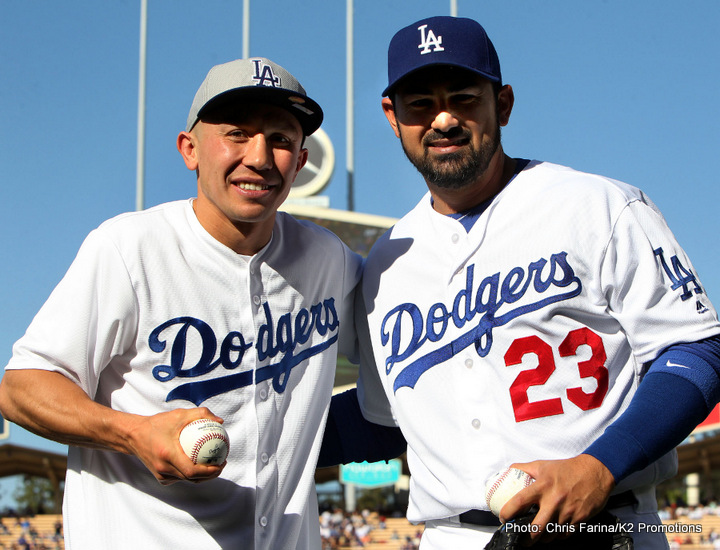 Feared middleweight Gennady Golovkin isn’t really much of a trash-talker. No, the lethal talent with the choirboy looks, who refers to his opposition, those opponents he has respect for, as “good boys,” is more at home with a smile and a good word, not a snarl and an insult. So, it is perhaps due to his growing frustration at not being able – so far – to nail down a fight with Mexican star Canelo Alvarez, that GGG has come out and questioned Alvarez’ idol status in his homeland.

Speaking with The L.A Times, Golovkin had the following things to say about his would-be dance partner in the fight the entire boxing world wants to see:

“I understand this decision is maybe 20-percent Canelo’s and 80-percent Golden Boy,” GGG told the publication. “It’s business, but it’s not respectful for boxing. Everyone says Canelo is a great champion, the idol of Mexico. The idol for what? For boxing? No. Or as a businessman? Right now, he looks like a businessman.”

Canelo’s next business is a May 7th date with former 140-pound champ Amir Khan, in a fight that has seemingly excited as many people as it has annoyed others. But after that, the logical thinking insists how Canelo – if he’s triumphant – will then face his most obvious yet at the same time dangerous foe in Golovkin. Will this happen? Golovkin could probably give you an answer; one born of frustration – and you can guess what his answer would be.

So will this particular fight – arguably one of the most important in the division’s history as well as one of the most potentially exciting – ever get made? We all hope so, but who would be willing to bet money on it happening? Talking of money, Golovkin, who must waste his time and his enormous talents against an unbeaten and decent enough fighter, in Dominic Wade this Saturday, is placed as a whopping 200-1 favourite to retain his belts and perfect record in some places. Forget Mike Tyson-Buster Douglas, this one would be THE biggest upset in boxing history if Wade somehow managed to pull off the win!

It won’t happen, but would Canelo Alvarez be pleased as punch if the shocker did occur? How such a thing would shake up the middleweight division!

The irony, though, of Canelo being looked at by many as a man and a fighter who wants nothing to do with Golovkin is this: Canelo is an excellent fighter, and he is by far and away the best equipped fighter out there when it comes to being able to derail the GGG express. Maybe Golovkin is right, and it is Golden Boy who don’t particularly want the fight, and not Alvarez?

One thing is clear though: for as long as anyone continues to stall on making the fight a reality, Canelo will get more and more criticism. In short, boxing needs this fight. So too do both fighters.