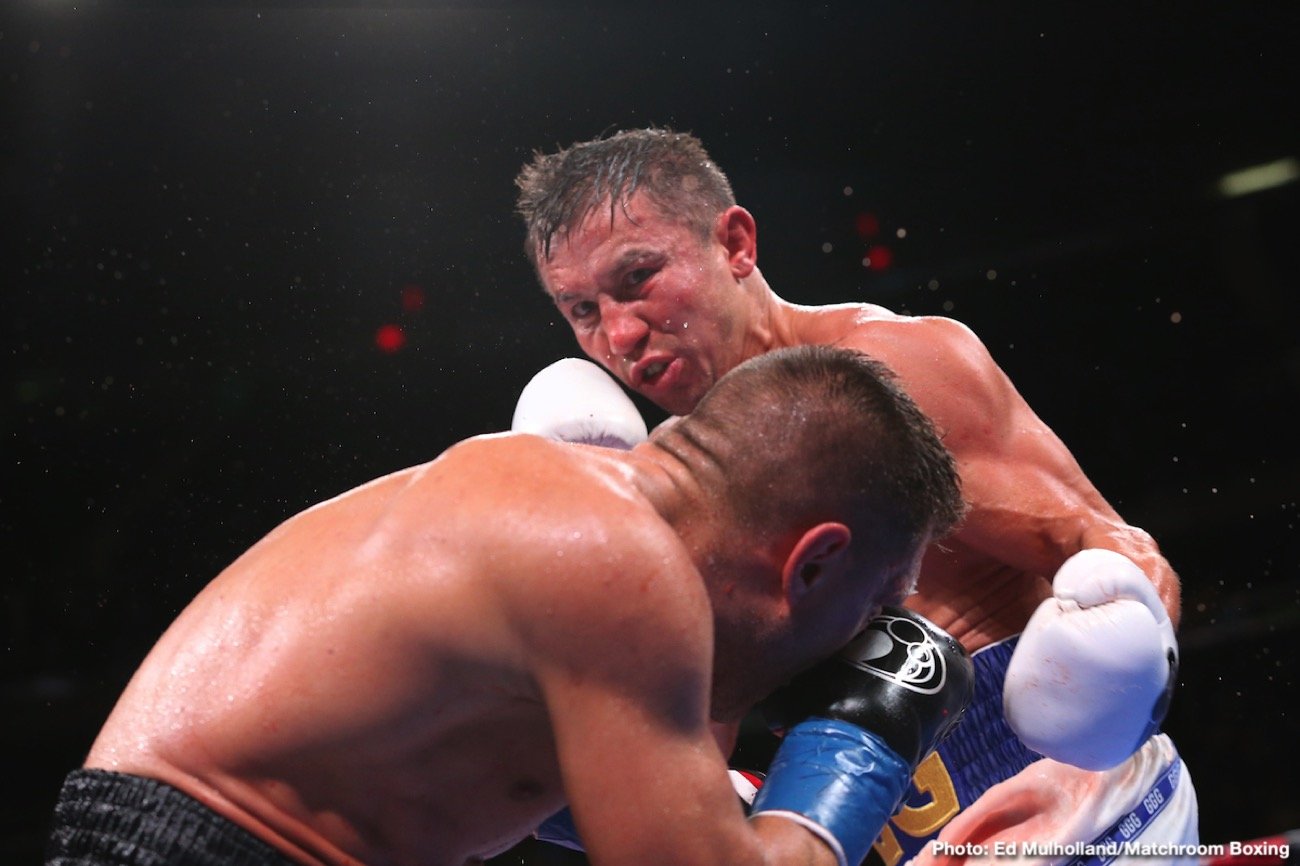 Gennadiy Golovkin will be making his defense of his IBF middleweight title against Kamil Szeremeta on June 6 at The Forum in Inglewood, California. It’ll be streamed on DAZN.

If Golovkin was listening to his fans, he’d drop kick the IBF belt and forget about wasting his time fighting the unknown Szeremeta and face one of the talented contenders at 160 or 168. Golovkin vs. Szeremeta is seen in the same light as GGG’s mismatch against Steve Rolls last year. That was a disappointing mismatch, and Szeremeta shapes up to be even worse.

Golovkin has got an opponent that he should be able to look sensational against in Szeremeta, who doesn’t have big power and he’s never fought any of the top-level middleweight.

GGG vs. Szeremeta on for now

With the coronavirus pandemic crisis, we can only hope that the Golovkin vs. Szeremeta can take place in June. It’s one that needs to get done before GGG moves on to bigger and better things.

With the June 6th date being three months away, there’s no way of knowing if California will be open to staging combat sports at that time. The state banned combat sports for March due to the COVID 19 pandemic. If the Golovkin vs. Szeremeta fight can’t take place in Califonia in June, it’s better that they find out as soon as possible.

This is Golovkin’s next match before he likely battles Canelo Alvarez in September, and that’s why it’s important that he gets it out of the way no later than June.

GGG has struggled to get this fight done

Golovkin-Szeremeta was previously scheduled for February, March, and April. Now it’s set for June. It’s been a nightmare getting this thing done. GGG has been nursing a calf injury that he’s had since last February. He should be ready to go by June, but if not then it could get pushed to a later date.

A lot of boxing fans will be happy that GGG will be returning to the ring as he hasn’t fought since October.  Golovkin last fought five months ago in beating Sergiy Derevyanchenko by a 12 round decision in a war on October 26. Considering how hard it was for GGG to defeat Derevyanchenko, he might have been better off not taking the fight at all.

At various times in the last few months, there had been discussions about the Golovkin vs. Szeremeta fight taking place in Chicago and Kazakhstan, but those ideas have been dismissed. Now the fight has been moved to Inglewood, California.

Hopefully, the fight sticks in that venue. It might not be a good idea for Golovkin’s next fight to take place in New York after the way that he was booed nonstop by boxing fans following his controversial win over Derevyanchenko last October.

It’s imperative that Golovkin beat Szeremeta in a decisive manner because he needs to look good to get people motivated to see the trilogy match between him and Canelo Alvarez in October. If Golovkin can’t beat Szeremeta in a clear-cut manner, then that’s a sign that he may be nearing the end of his career. It looked bad that GGG struggled mightily in beating Derevyanchenko last October.