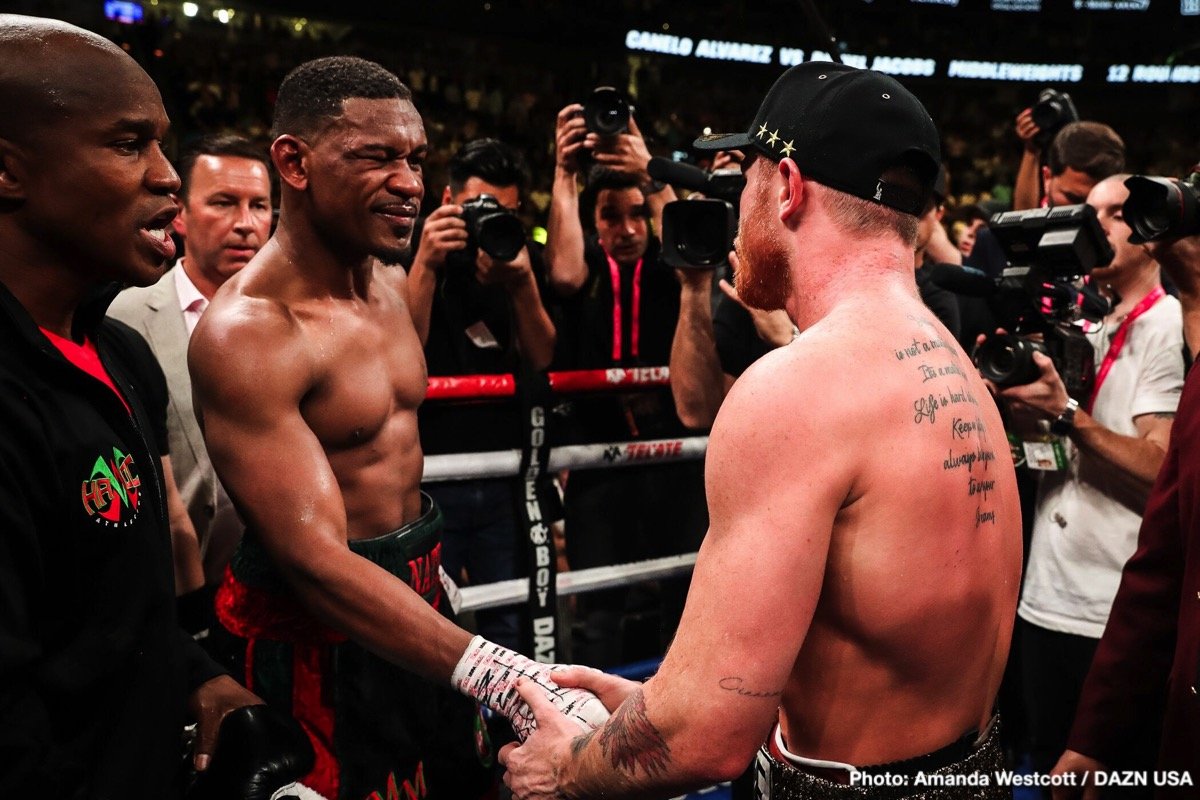 As big as he is for the 160 pound weight division, Daniel Jacobs would likely have no real problem moving up to 168 and search for a world title (or two, maybe even three) there. Jacobs, who entered the ring against Canelo Alvarez well above 170 pounds yet lost none of his speed, would not have to “grow” into the super-middleweight division. Far from it.

It seems Jacobs will have to make the move, and his co-promoter Eddie Hearn sure wants him to move up. The big money is at middleweight, yet does Jacobs have any real shot at landing a third mega-fight, either a return against Canelo or a return go with Gennady Golovkin? It seems unlikely. So though it would perhaps see him take a drop in wages, it seems Jacob’s future does indeed lie at 168.

Can “The Miracle Man” bag himself a belt, or belts up there? Looking at the current champions at super-middleweight, it would take a brave fan to write off Jacobs’ chances. Callum Smith, the WBA and Ring Magazine champ, might just be the best at the weight, and a fight between he and Jacobs would prove very interesting; and possibly very explosive.

Or Jacobs could perhaps wind up facing another British fighter, in Billy Joe Saunders, if Saunders does as expected and wins the WBO 168 pound belt when he fights Shefat Isufi on May 18th. This fight would be one that would see two classy boxers go at it. Jacobs has a number of potential options up at 168 – maybe a fight with David Benavidez, maybe a fight with Caleb Plant, maybe even a fight with Chris Eubank Jr.

Jacobs can rule the world again, he just has to do it at a weight other than middleweight. Danny has outgrown that weight class. It is of course up to Jacobs when it comes to what he does next, and he may stubbornly decide to stick around at 160. Still, it seems the smart move is to go up north.