You can argue that Castano, 29, did enough to get the victory by his high work rate, and the nonstop pressure he was putting on Lara throughout the 12 round fight. The final punch stats would indicate that Castano did enough to deserve the win, but the judges were more focused on looking at the cleaner landing shots from Lara rather than high work rate from the champion.

The final scores were 115-113 for Castano, 115-113 for Lara, and 114-114. The draw means Castano keeps his WBA junior middleweight title. It’s difficult to argue with the results of the fight, as there were too many rounds that could have swung either way. Boxing 247 gave it to Castano by a 115-113 score. He looked like the better fighter of the to even though Lara had his moments in the fight, and did a lot job o coming on late to make it close.

Lara was getting worked over in the first half of the fight. But to Lara’s credit, he was able to come on strong in the second half of the contest to even it out and get a draw. Castano, who clearly came into the fight believing he can win by outworking Lara, faded from all the shots he threw, and this enabled Erislandy to come on and get a draw.

This was a good enough fight for the two to face each other in a rematch if the desire is there.

Castano got too carried with his amateur fighting style in throwing a lot of weaker shots, that looked like he was just trying to score points with the judges. Castano failed to realize that in the pro game, you’ve put power behind your shots if you want to win rounds. That’s what Lara was doing. He making his shots count to win the crucial rounds in the last part of the fight to earn a draw.

You’ve got to give Lara, 35, a lot of credit for the way that he’s reinvented his game with his last two fights Castano and Jarrett Hurd. Lara had a reputation for having a boring fighting style in the eyes of many boxing fans, but he’s changed that perception recently by throwing a lot of shots and mixing it up against Hurd and Castano.

Tonight’s fight showed that the soon to be 36-year-old Lara has lost a few steps due to age. He struggled against a younger fighter tonight in 29-year-old Castano, who he probably would have beaten without any problems back in 2014 when he was at the top of his game.

Lara and Castano combined to throw 1688 punches tonight, which was very impressive. Castano landed 195 of 863 punches for a connect rate of 23. Lara connected on 130 of 825 punches for just a 16% percent connect rate. 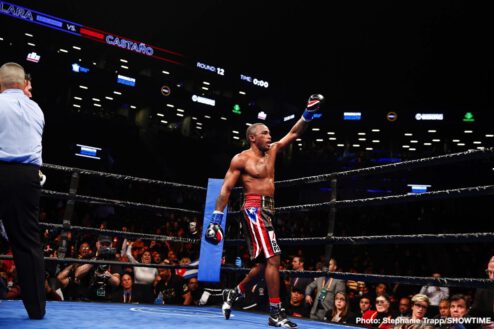 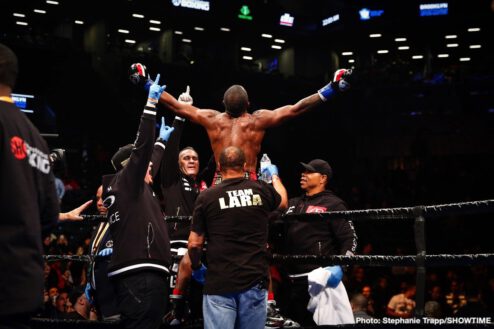 The 39-year-old southpaw Ortiz put constant pressure on the heavier 257 pound Hammer the entire fight. Hammer was perched against the ropes much of the time due to his big frame needing the support for him to be able to fight hard. Hammer was trying to land a big counter shot the entire fight, but he lacked the power to hurt Ortiz.

It was a good win for Ortiz, who will now see if Joshua was serious when he recently mentioned to the boxing media that he would like to fight the Cuban fighter if he can’t get a unification fight with Deontay Wilder or a fight against Fury later this year. 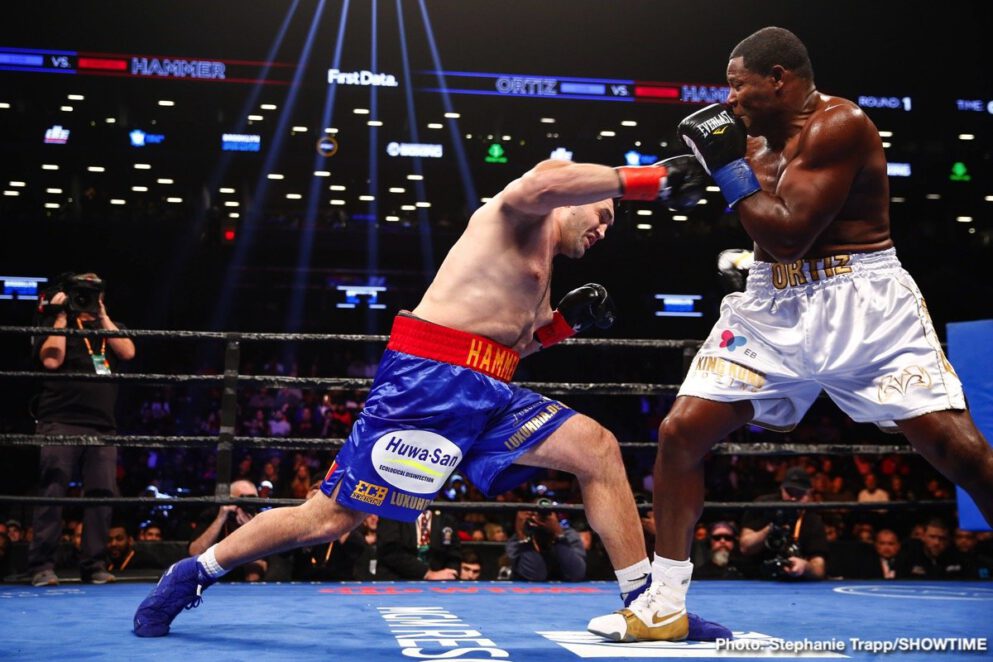 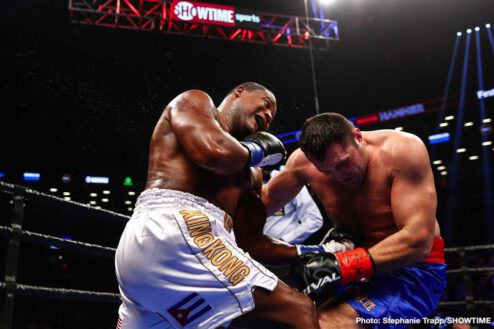 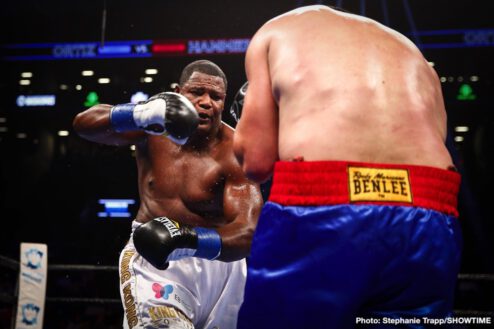 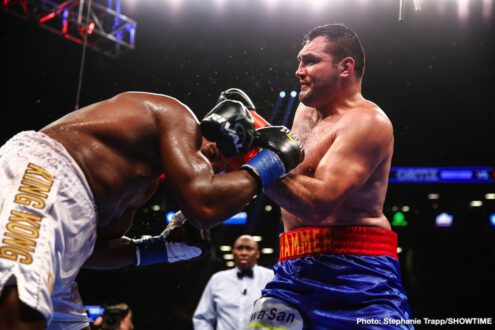 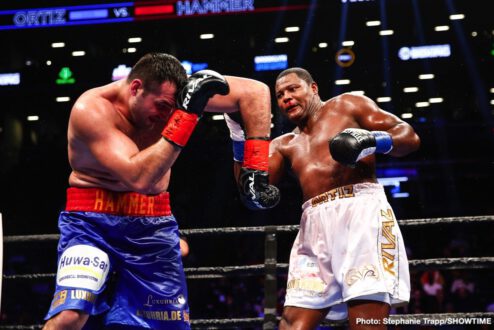 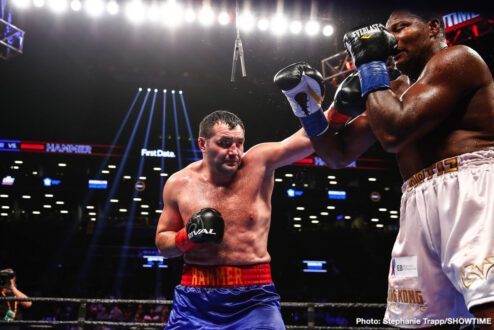 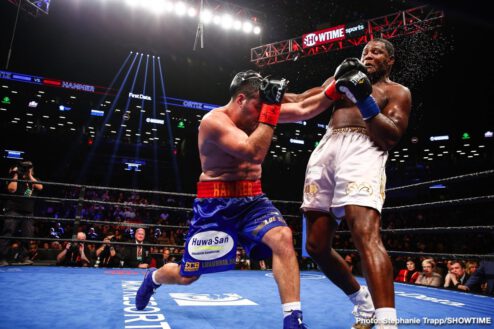 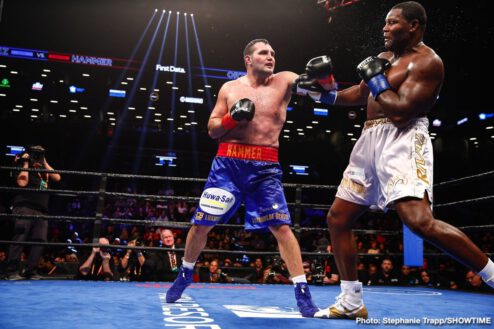 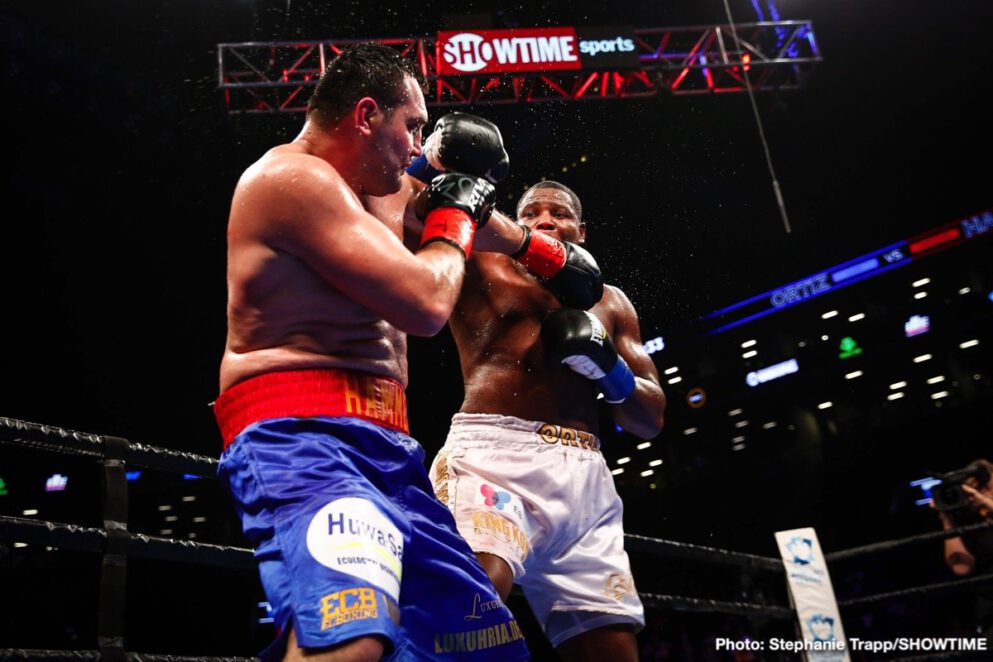 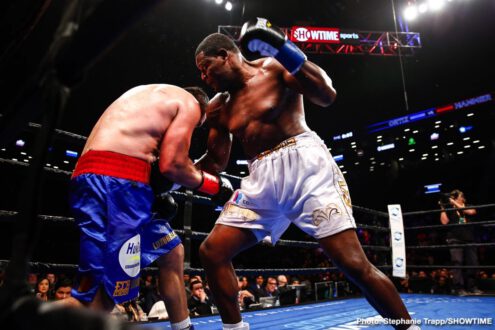 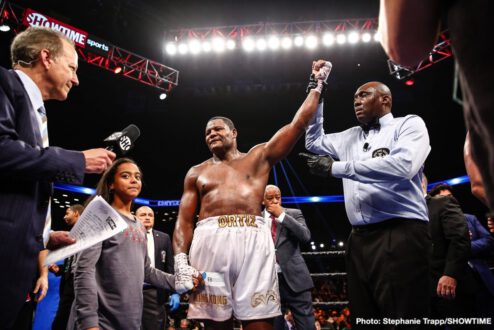 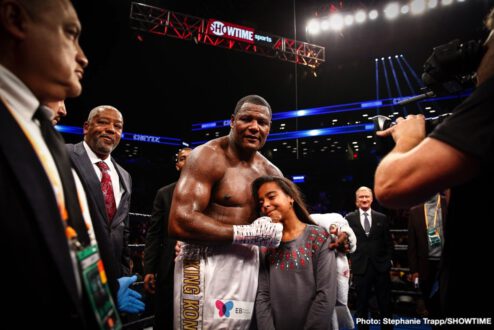