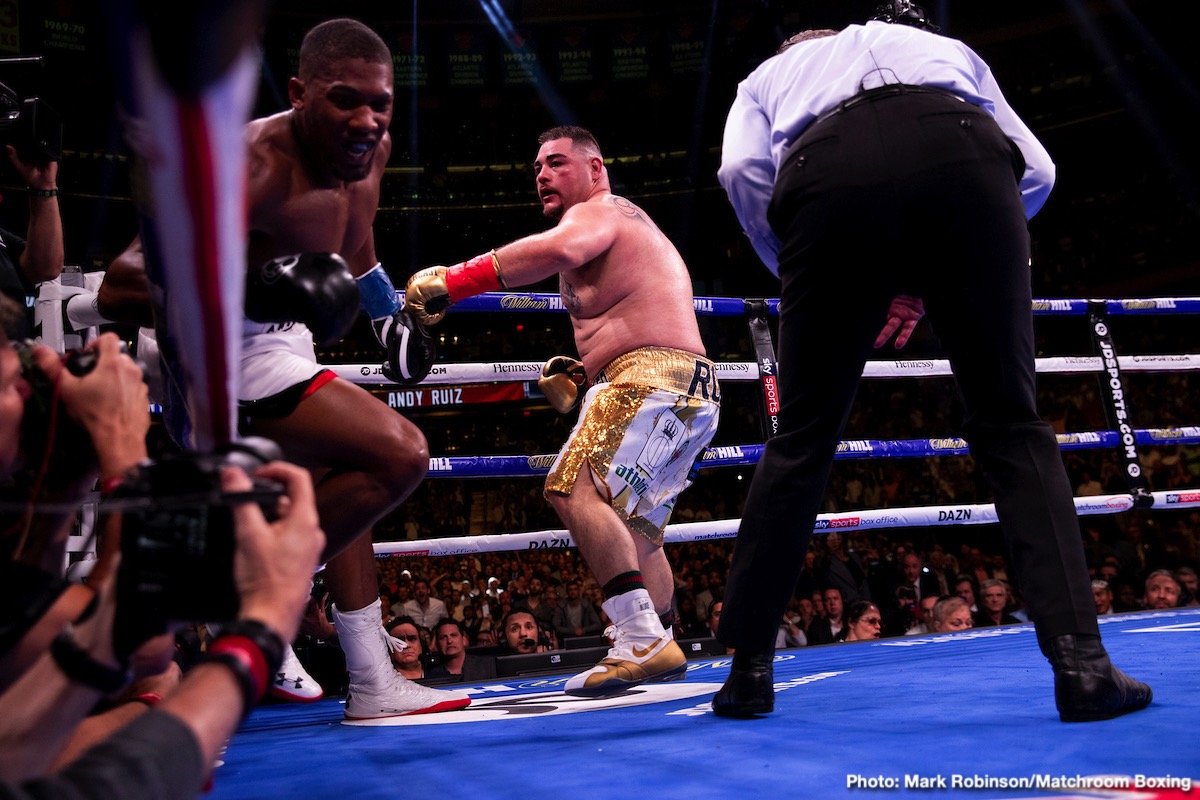 Former world heavyweight champion Andy Ruiz was asked to pick the top-five best heavyweights in the world today, and the Mexican/American gave a somewhat surprising top-five. Speaking to PBC on Fox, “The Destroyer” had a couple of names you would expect to see, with one surprise entrant and one clear omission.

Right off the bat, fans are going to pull Ruiz up for placing his upcoming foe, Arreola, at number-five. Arreola has not fought since August of 2019, and that was a loss (a thriller of a fight with Adam Kownacki, but a loss is a loss). You perhaps can’t blame Ruiz for hyping his upcoming dance partner, but plenty of fans feel Ruiz deliberately left out the far more deserving Dillian Whyte. Ruiz and Whyte have of course gone back and forth, the two having nothing but insults for each other. Whyte refuses to give Ruiz and credit; instead calling him a “fake Mexican.” So it’s not surprising Ruiz is returning the favour.

Most fans probably agree with the rest of Ruiz’ list, although to a good many fans, Ruiz has to prove he’s still an elite heavyweight to be worthy of being ranked the third best in the world. Ruiz was as we know, last seen looking nothing but awful in his return fight with Joshua. You are only as good as your last fight in boxing, the saying goes.

Some fans are split when it comes to who should rank at the very top of the pile, Joshua or Fury. But Ruiz goes with “The Gypsy King,” who he says is “A man of God and he’s a Christian like me. We don’t give up.”

Ruiz has to deliver on May 1st when he will face Arreola, or else he will be finished at top level. A win is a must. In fact, would anything other than a dominant win, a stoppage win, be enough for Ruiz?

Ruiz says he is expecting a tough fight from “The Nightmare” –

“He’s a Mexican heavyweight just like me,” Ruiz said of Arreola. “He don’t give up. Me and him are bangers and we like to give the crowd what they want.”

Ruiz fell a long way short of giving his fans what they wanted in the Joshua return. It’s time to put things right.