Ask a fight fan, in particular a Mexican fight fan, who the single greatest Mexican fighter of all time is, and the answer you will get, and fast, will be, Julio Cesar Chavez. It’s not even a matter for debate, Chavez has that distinction and it seems he will never, ever lose it. One man who was recently asked if Canelo Alvarez can ever go on to be recognised as the greatest Mexican fighter ever, Abel Sanchez, explained why Chavez “will always have that mantle.”

Speaking with Fight Hub TV, Sanchez gave his answer, when asked if Canelo, if he could become undisputed light-heavyweight king, would top Chavez as the greatest-ever Mexican fighter. 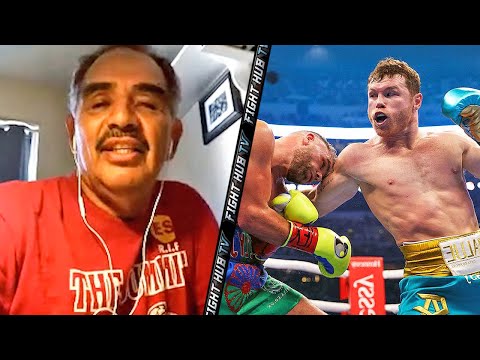 “He may be, with achievements, maybe with titles that he’s won, but as far as the Mexican people taking him as the greatest, I think that Chavez has that mantle,” Sanchez explained. “And I don’t think Chavez will ever lose it. Chavez took it from [Ruben] Olivares, and Chavez is a modern great. I think he’s in the heart of the Mexican people, so I don’t think he [Canelo] will ever take that mantle from him. But as far as achievements, I think he would be the greatest Mexican fighter.”

Interesting stuff. Chavez of course ruled at super-featherweight, lightweight, light-welterweight and he engaged in simply epic, never to be forgotten fights with the likes of Meldrick Taylor, Edwin Rosario, Hector Camacho, Jose Luis Ramirez, Rocky Lockridge and so many more. Canelo has won belts at four weights – 154, 160, 168 and 175 pounds – and he has featured in massive fights with Floyd Mayweather, Miguel Cotto, Gennady Golovkin and Sergey Kovalev.

But Sanchez is right: that mantle, that status as a simply beloved hero of a world champion, an absolute king of kings, will never be taken away from Chavez. Not even if Canelo wins a heavyweight title! Chavez is one of the special ones – up there with Muhammad Ali, with Sugar Ray Robinson, with Roberto Duran, with Manny Pacquiao.

Go ask a passionate Mexican fight fan (good luck finding a Mexican fight fan who is not loaded with passion!), and they will tell you with pride and utter conviction and belief that Chavez is the greatest, and that he will remain as such. No matter what.

73 thoughts on “Abel Sanchez: I Don’t Think Canelo Will Ever Take The Mantle As Greatest Mexican Fighter From Chavez”