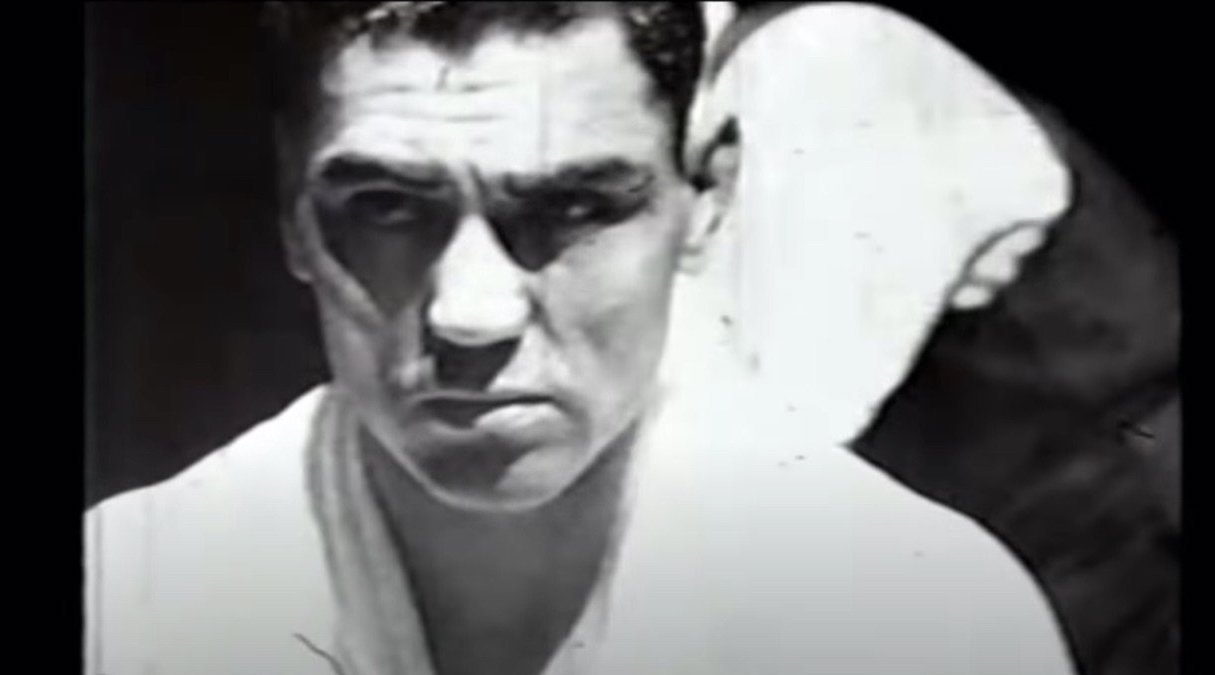 One of the true fistic greats, William Harrison Dempsey, better known as Jack Dempsey, was born 125 years ago today in Manassa. A beloved fighter, the man who would rule the heavyweight division from 1919 to 1926, Dempsey engaged in a number of genuine super-fights; fights that captured the full attention of the whole world. Dempsey, in the 1920s, was a superstar of gigantic proportions, Dempsey was one of the most famous people on the planet.

A ferocious puncher with a revolutionary style and approach, Dempsey at his best resembled a starving animal hell-bent on devouring its prey. Gene Tunney, who met a past his best, “civilized” Dempsey, said after the fight he thought Dempsey was “trying to kill me.”

Born into poverty, the young Dempsey dropped out of school and, as a teenager, began picking up money by taking fights in saloons. Legend has it Dempsey never lost a single one of his saloon brawls. Details of Dempsey’s early pro career are sketchy as records were not kept and Dempsey often fought under the alias “Kid Blackie.” It’s possible Dempsey had dozens of fights during this time. The first fight of Dempsey’s that is on record took place on August 18th, 1914 this being a six-round draw with Young Herman.

Dempsey’s rise to the title would not be a smooth one. The 19 year old would be held to another draw in February 1915 when Cheif Geronimo boxed evenly with him over four rounds, while Dempsey was beaten on points by Jack Downey that April, and then held to back-to-back draws in May and June – Johnny Sudenberg holding Jack to the two ties. Downey also held Dempsey to a draw in December of 1915, but then Jack kept a clean sheet over his next 13 bouts – during this time avenging the Sudenberg and Downey defeats by KO.

A draw against John Lester Johnson came in July of 1916, before Dempsey was shockingly (and controversially) knocked out in a round by Fireman Jim Flynn the following February. Flynn tagged Dempsey with a “cheap shot,” the fight all over in less than 30-seconds. Was it a fix? Nobody knows for sure. Dempsey would avenge the loss with a 1st round KO of his own, this coming in February of 1918. Before that, Dempsey was held to consecutive draws by Willie Meehan – Meehan a man Dempsey would fight a total of five times; Dempsey winning two, losing two and drawing one, each fight being scheduled for four rounds.

“Fat Boy” Meehan, all 5’9” of him, won the last fight in this peculiar series via decision, this in September of 1918. No man would defeat Dempsey until Tunney managed the feat in 1926.

Dempsey defeated contenders such as Fred Fulton,, Battling Levinsky, Gunboat Smith and Billy Miske (avenging an earlier draw) and he was, on July 4th of 1919, given a shot at heavyweight champ Jess Willard. The rest is history. But which version do you believe? There are quite a few controversial aspects of Dempsey’s career: did he use a “loaded glove” to smash Willard to painful defeat in just three rounds? Was Willard really beaten up as badly as some reports say, with big Jess suffering broken ribs, a broken jaw, several broken teeth and a number of fractures to his skull? Or was Willard merely bruised?

Should Dempsey have been DQ’d due to how he was “helped back into the ring” when he was knocked clean through the ropes during his wilder than wile, two-round slugfest with Luis “Angel” Firpo? Should Dempsey have engaged in significantly more than his six world title defences and does the fact that he did not hurt Dempsey’s place among the greats? Did Dempsey get robbed of the historic distinction of becoming the first man in history to regain the world heavyweight title due to a “long count” in the second fight with Tunney?

Indeed, there is plenty of fascinating stuff to talk about when it comes to the career of Jack Dempsey. What everyone agrees on, though, is this – “The Manassa Mauler” is one of the greatest, most exciting, most idolized fighters in all of boxing. Mike Tyson summed it up with his “I’m crazy about Jack Dempsey” declaration some decades back.

Who isn’t? Dempsey was truly one of a kind.