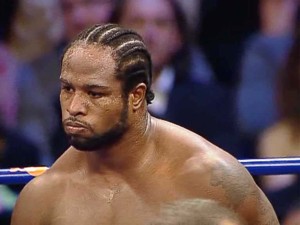 By James Slater: In compiling a fine 35-6(30) pro record, “Relentless” Lamon Brewster gave fight fans some incredible heavyweight fights. Lamon, who became WBO champ in 2004 (and defended the belt three times) is best known for his big upset stoppage win over the mighty Wladimir Klitschko. No fighter since has been able to do what Brewster did some eight years ago, and the Indianapolis warrior’s legend has certainly grown some as a result.

Here, in an interview I conducted over the phone with Lamon, I get a chance to ask Brewer about his key fights.

J.S: It’s great to be able to speak with you, Lamont. You had a great, exciting career, and you scored a number of KO’s – one over Wladimir Klitschko of course, and I’ll come to that later. But you were such a tough guy – who hit you the hardest in your career, amateur and pro?