Jermell Charlo reclaimed the WBC Super Welterweight Championship from Tony Harrison with a blistering stoppage at 2:08 of the 11th round in a FOX PBC Fight Night main event and on FOX Deportes from Toyota Arena in Ontario, Calif.  » Read More

Middleweight Ivan Redkach (23-4-1,18 KO) made a statement as he knocked down former world champion Devon Alexander not one, not two, but three times in the sixth round of a scheduled 10-round bout, forcing referee Thomas Taylor to wave off the fight at 1:10 of the sixth round in the main event of PBC on FS1 and FOX Deportes from Soboba Casino in San Jacinto Calif.  » Read More

Gervonta Davis and Jermall Charlo both return as part of the Saturday’s Showtime Tripleheader.   » Read More 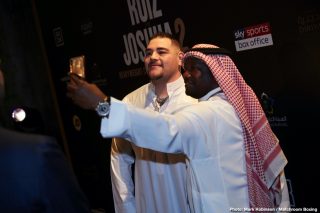 Andy Ruiz Still Not Back In The Gym: Should We Be Worried?605 Total Shares