Skip to content
Tyson Fury (23-0, 17 KOs) proved to be much too good for Dereck Chisora (20-5, 13 KOs) tonight in beating him by a 10th round stoppage in their rematch at the ExCel Arena in London, UK. With Chisora bleeding and bruised, his trainer pulled him out of the fight after the 10th round. Chisora was a punching bag and his trainer did the right thing in opting not to let him continue into the 11th.

Fury, 6’9”, spent much of the fight switching from southpaw to orthodox in peppering a badly over-matched Chisora with jabs and power punches. Chisora was able to crowd him, but he was unable to let go of his shots for some reason. It’s hard to explain why Chisora couldn’t pull the trigger on his shots, but perhaps he over-trained. He looked in great shape, but he was unable to throw more than 2-3 punches per round. 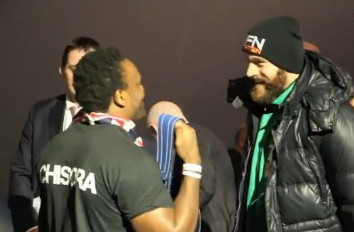 Boxing fans have plenty to be thankful for with a jam-packed holiday weekend which includes a return trip to Omaha on HBO Championship Boxing and a rematch across the pond between much hated Heavyweight rivals.

Let’s start with a rematch pitting Tyson Fury against Derrick Chisora at the ExCel Arena from Dockland, London. These two characters met over four years ago in a back and forth fight that saw Tyson Fury walk away victorious.

The combatants traded punches and rounds until somewhere in the middle the pace slowed to a crawl with both fighters gassed. Fury’s excessive holding and Chisora’s inactivity made for an uneven contest. 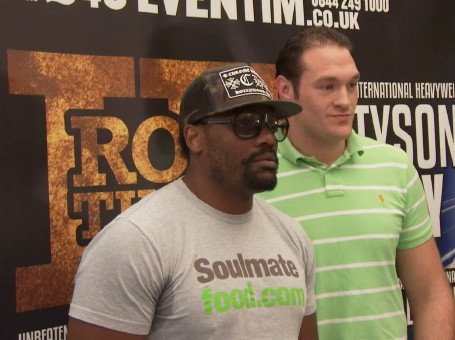 Ahead of the seismic heavyweight collision between European champion Dereck Chisora and unbeaten Manchester traveller Tyson Fury on Saturday 29th November at the ExCeL London, boxing writer Glynn Evans canvassed the trade’s leading fight faces in search of the winner.

Remaining tickets are available on the Eventim Ticket Hotline on 0844 249 1000 or www.eventim.co.uk and VIP packages are available from www.galahospitality.co.uk

BoxNation will televise live and exclusive on Sky 437/HD 490, Virgin 546 and Talk Talk 525.  Join at www.boxnation.com. Or watch online at Livesport.tv and via iPhone, iPad or Android.

Dereck Chisora promised to KO heavyweight rival Tyson Fury once and for all when they clash at the ExCeL London on Saturday 29th November, but Fury had no reply!

The Manchester giant turned up at today’s head-to-head press conference with tape strapped over his mouth and “BBBofC?????” written on it – in reference to his £15,000 fine by the Board for misconduct at a previous press conference with Chisora – and vowed to stay silent until fight night.

Chisora and Fury clash with the European, Vacant British and Eliminator for the WBO World Championship all on the line in the biggest all-British heavyweight clash in recent years, live and exclusive on BoxNation. 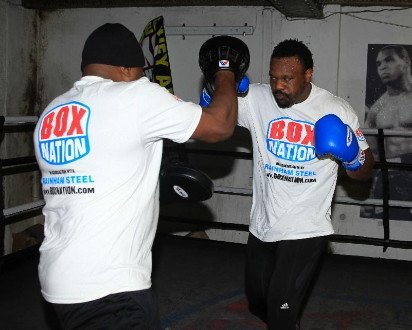 Heavyweights Dereck Chisora and Tyson Fury will settle their differences once and for all on Saturday 22nd November at the ExCeL London.

The bitter rivals have built up a lot of anger and frustration over the postponement of their fight last month and are now set to battle it out in an explosive battle for the European and Vacant British titles and a Final Eliminator for the WBO World Heavyweight Championship. 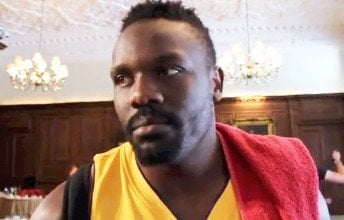 Tyson Fury is pushing himself to the physical limits as he prepares for his showdown with rival Dereck Chisora on Saturday 26th July at the Phones 4 U Arena in Manchester.

The Manchester giant has been pushing a three and half ton tractor at his Bolton training camp to build up his strength and power to meet Chisora head-on in the biggest heavyweight grudge match in recent years.

Fury, 25, who inflicted the first defeat to Chisora’s record in July 2011, is not taking any for granted this time around and is preparing even harder with so much on the line in the crucial rematch.