Anthony Joshua MBE says he cannot wait to fight at the Phones 4u Arena in Manchester on September 13, live on Sky Sports.

The Olympic Heavyweight sensation was set to fight on the Dublin bill on August 30, but after that was postponed, the Manchester fight fans now benefit with Joshua fighting in the city for the first time as a pro.

Nathan Cleverly admits that there is plenty of pressure on both Tony Bellew and himself to get through their fights tomorrow night at the Echo Arena in Liverpool, live on Sky Sports, in order to set up a huge rematch.

Cleverly returns to the scene of his WBO World Light Heavyweight title triumph over Bellew in October 2011, and since then their bitter rivalry has shown no signs of cooling. Promoter Eddie Hearn has dubbed the show Collision Course as he looks to set up a long-awaited tussle between the pair later in the year to put the bad-blood to rest once and for all.

Before such a firecracker of a clash can be negotiated though, both men must come through tough South American assignments in only their second bouts at Cruiserweight. Bellew faces Brazilian KO merchant Julio Cesar Dos Santos while Cleverly says he is on red alert against dangerous Uruguayan Alejandro Valori.

Matt Skelton has warned Anthony Joshua MBE that he’s planning to derail his pro career at the Echo Arena in Liverpool live on Sky Sports – and says that Joshua could follow the same path as Audley Harrison. 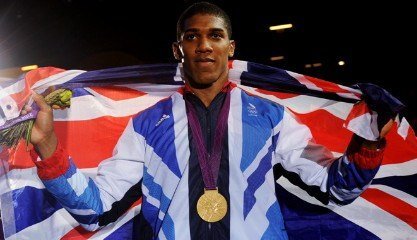 British heavyweight Anthony Joshua (6-0, 6 KO’s) took two mammoth left hooks from 38-year-old Matt Legg (7-3, 3 KO’s) before knocking him out in the 1st round with a right hand uppercut on Saturday night at Wembley Stadium in London, UK. Joshua came out looking kind of stiff over-muscled and while he was plodding forward, Legg smashed a left hook to the head of Joshua that send him reeling from the shot.

The crowd roared as if there might be an upset in the process. But Joshua fired back with a flurry of punches that got Legg to back off. But Legg was able to hit Joshua with another big left hook to the head that snapped his back. Joshua took the punch well, and he came forward to hit Legg with a right uppercut to drop him. Legg tried his best to get up from the knockdown, but the referee counted to 10 and the fight was stopped.

Local derby for Olympic medal star on May 31

Anthony Joshua MBE will face Matt Legg on the undercard of Carl Froch’s IBF and WBA World Super Middleweight title rematch on May 31 at Wembley Stadium connected by EE, live on Sky Sports Box Office in association with Betway.

Anthony Joshua MBE had a blast with some young boxing stars of the future on Sky Sports Game Changers – and urged schools to start using boxing to help pupils learn about discipline and stay fit.

The Olympic Gold medal hero met a group of 12 year olds in the gym to put them through their paces on boxing skills and teach them the importance of fitness and nutrition.