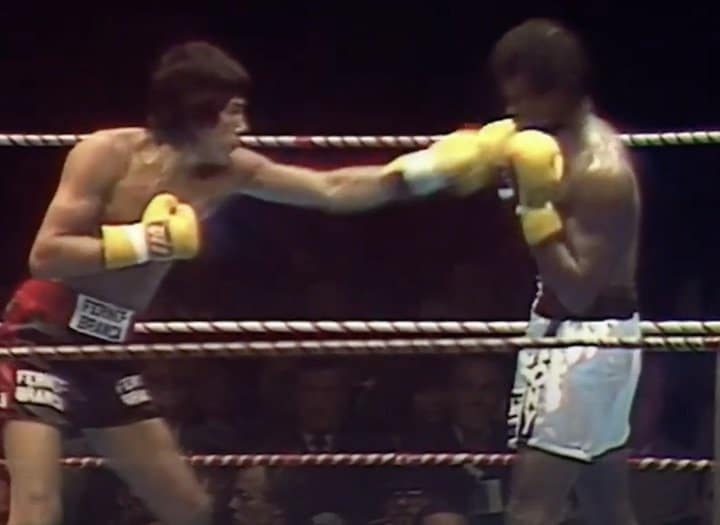 How great was Carlos Monzon? How much more revered would “Escopeta” be today had he not allowed his inner demons to overwhelm him? The Monzon story is a fascinating one, a tragic one – a terrifying one.

It was 45 years ago this very day when Monzon, having ruled as middleweight king for almost seven years, went out a winner, this after his 15 round UD win over the clever and classy Rodrigo Valdez. Monzon had been pushed hard by Valdez in June of the previous year and, tired and sensing the end as he was, playboy Monzon (movies, a hero in his homeland of Argentina, stinking rich) knew he would call it a day after the return fight with the Colombian.

Monzon was 35, he had earned untold riches and the good-looking champ had long since grown a taste for the finer things in life. In the rematch, Monzon again had to go the full 15 with Valdez, yet he had retained his crown for a 12th time (this record standing for many years, with fellow great Marvin Hagler failing to top it), and he had done more than enough.

Monzon, long-limbed, incredibly tough and strong, and also the holder of a fine boxing IQ, had ruled as an untouchable champion. Good men such as Nino Benvenuti, Emile Griffith, Bennie Briscoe, Jose Napoles, and Valdez had failed to put a dent in him. Monzon was a born fighter and he had unimaginable zest, stamina and an utter refusal to be beaten.

Plenty of historians rank Monzon as the greatest middleweight ever, and no person can shoot down such an argument. Monzon had no obvious weaknesses. In the ring.

Outside of the legalized violence of the squared circle, well, that’s a different story. A wholly different story. Monzon killed his wife, was jailed for life, and then died in a car smash when returning to his imprisoned life, having been out on a furlough.

It’s a tragic story. A fascinating story. It’s an unforgettable tale of a great yet possessed fighting man. Could any middleweight have ever beaten Monzon – Hagler, Sugar Ray, Hopkins, Toney, Greb……? This question, this debate, is equally the stuff of legend.

Monzon said that no man could ever have beaten him when he was at his best. He may well have been right. Who on earth can prove otherwise?