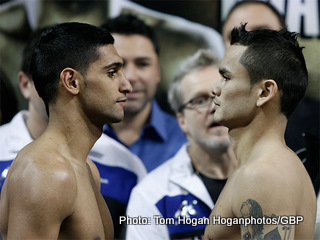 Knockout specialist Marcos Maidana (29-1, 27 KOs), from Buenos Aires, Argentina, meets the pride of British boxing in super lightweight champion Amir Khan (23-1, 17 KOs), training out of Lancashire, in a scheduled 12-round title bout. Regarded by experts as one of the hardest-hitting pound-for-pound brawlers in the sport, Maidana has scored all but two of his 29 victories via knockout. He enters the fight with momentum, following hard-fought yet decisive victories over Victor Cayo and DeMarcus Corley. Maidana and Khan have been deadlocked in intense pre-fight verbal sparring, which has fueled the fire of their newfound rivalry.

Khan is ready to counter Maidana’s raw strength with his own blinding speed. Since winning a silver medal for Britain during the 2004 Athens Olympic Games at age 17, Khan has taken the boxing world by storm. Now 23, he has set his sights on becoming the best 140-pound fighter of his era, and is coming off a convincing victory over the resilient Paulie Malignaggi last May. 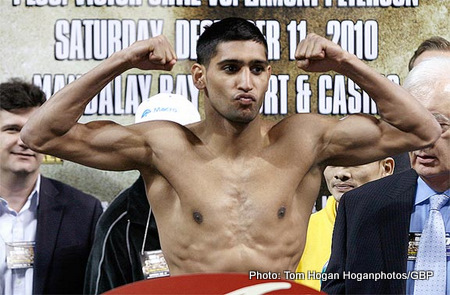 The opening bout is an exciting 12-round junior welterweight collision between fast-rising Victor Ortiz (28-2-1, 22 KOs) of Oxnard, Cal., and Lamont Peterson (28-1, 14 KOs) of Memphis, Tenn. The 23-year-old Ortiz has won four fights in a row since a tough loss to Marcos Maidana in June 2009, while Peterson’s only defeat came at the hands of the formidable Timothy Bradley in Dec. 2009. 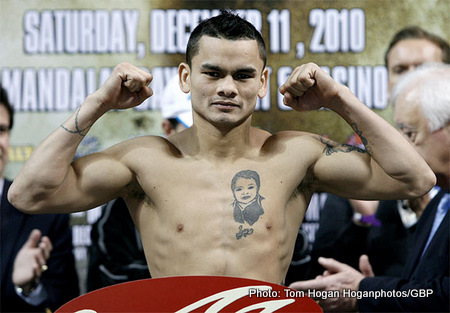