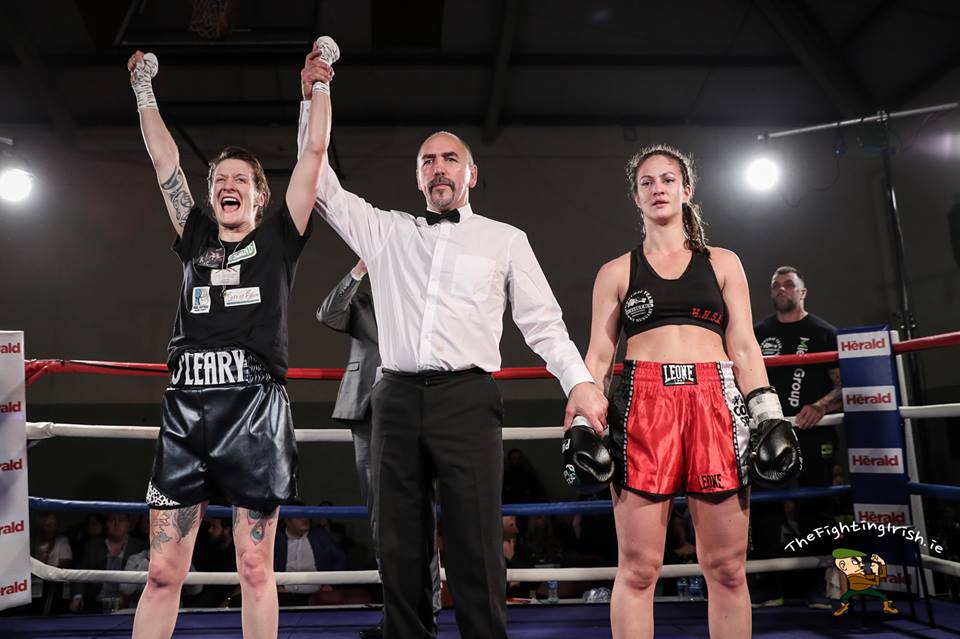 Siobhan O’Leary will head to Scotland at the end of the month for a breakthrough title fight.

The Kerry-born Limerick-based puncher will face Scottish-based Greek Eftychia Kathopouli [3 wins, 1 loss] for the Celtic Nations title at the Gilvenbank Hotel in Glenrothes next Friday [January 31st] night.. A fight initially due to take place last September before that entire show was cancelled, O’Leary is determined to take her chance and win her first professional belt.

The straight-talking big-punching super featherweight has made no secret about her desire to be fast-tracked and now boxes for a title in just her fourth fight. O’Leary notes how “I wasn’t expecting it to come this quick, but when I reflect on it, why wouldn’t it? I need to be moved quickly and there is a smaller pool too. I don’t have the time to hang around. I am not 19 or 20. It is what it is. I am not going to be here in the four or five years. I am here to do what I can do in a shorter time. If I have to take risky fights then I have to take risky fights. I don’t think this one is risky, I think I knock her out – of course I am going to say that though.”

The 37-year-old [3 wins, 2 knockouts, 0 losses] is obviously massively confident ahead of her clash in the Highlands with home favourite Kathopouli. She describes how “if I am to worry about traveling or going to Scotland I may as well keep boxing journeywomen for the rest of my career. What’s the point of that? I am confident I can win and it doesn’t matter where it is. Our team are confident. I go over there confident of bringing back the title. Apparently this girl thinks she can knock me out so bring it on. They reckon it’s a 50-50 fight, we will see.”

January 31st will be O’Leary’s first six-round fight and a win would then put her in a position to be part of the first ever women’s Irish professional title fight versus Monaghan’s Elaine Greenan – a team-mate of Kathopouli.

She explained how “it’s a massive fight and I am looking forward to it. Winning a title is a big accomplishment, but it opens doors too. For me, it paves the way to that Irish title fight. I want to be one half of that historical fight and play my part in Irish boxing history. I would be honoured, humbled and grateful for that to come into my life of course and this is a major step to that.”