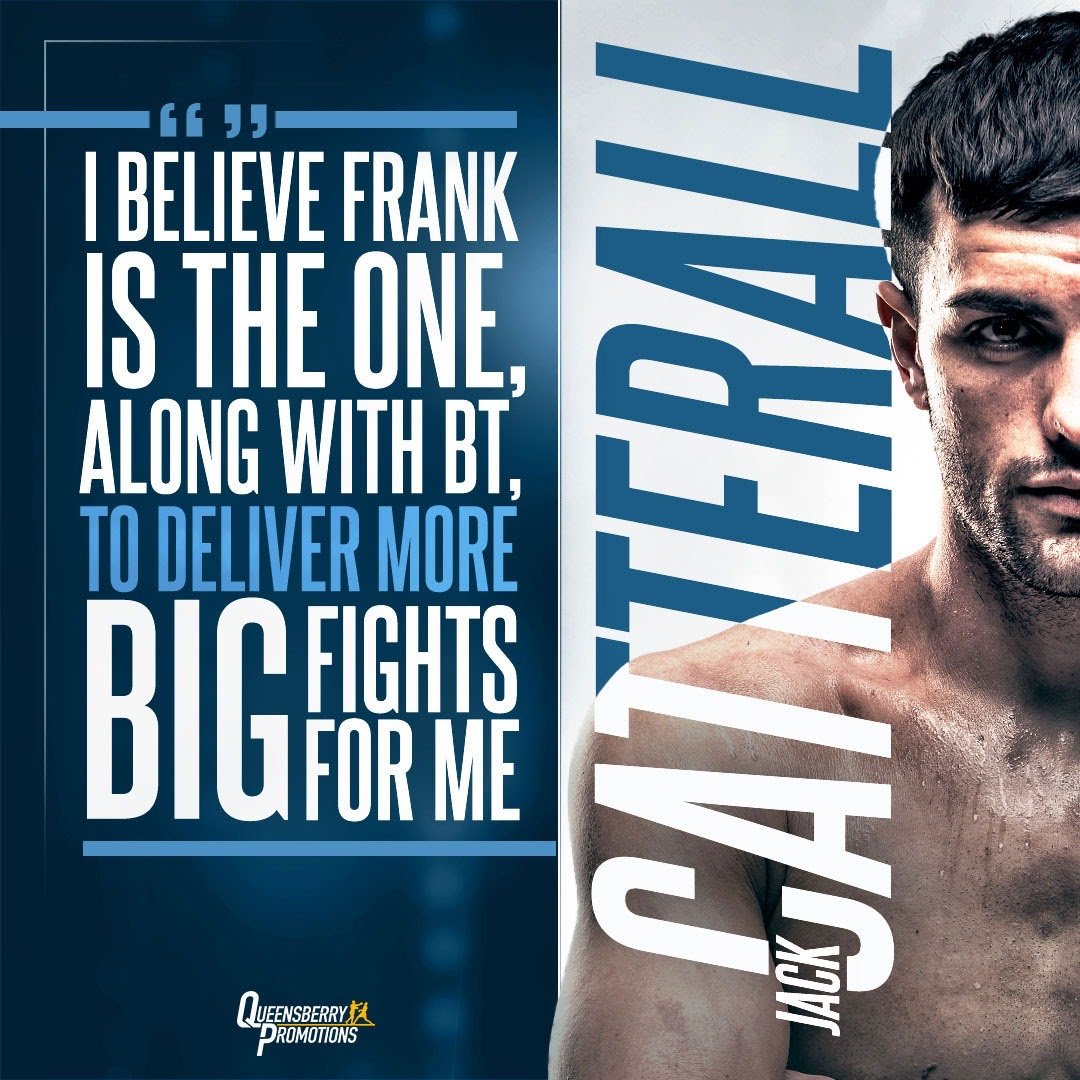 JACK CATTERALL HAS signed a long-term extension to his promotional relationship with Frank Warren and Queensberry Promotions, one that has taken him from Central Area title level to the brink of world title success.

‘El Gato’, 27, linked up with Hall of Fame promoter Warren in 2014 and was speedily propelled into title contention against high caliber opponents. First, the then-unbeaten Nathan Brough was accounted for, via second-round stoppage, to claim the Central Area belt, before decorated amateur and previously unbeaten pro-Tom Stalker was stopped in the eighth three months later with the WBO European super lightweight title at stake.

The following year Catterall won the WBO Intercontinental title and has subsequently made eight defenses of the belt to put himself into a mandatory position for the shot at the full world title.

In between times, the Chorley man won the British title by defeating Tyrone Nurse in October 2017 and scored notable victories over domestic rivals Tyrone McKenna and Ohara Davies.

Now 25-0, Catterall is awaiting a delayed shot at full world honors that have been held up, firstly due to former champion Maurice Hooker taking on and losing a unification fight against Jose Ramirez. The Californian was subsequently ordered to fulfill his WBC mandatory against Victor Postol before taking on Catterall, with the fight being held up due to the Covid-19 outbreak.

Ramirez and Postol are reported to be scheduled to fight in August.

“I am delighted we have got a new deal done and I believe now is the right time to sign this new contract, having beaten everybody I needed to beat to get to this position,” said the stylish southpaw.

“I believe Frank is the one, along with BT, to deliver more big fights for me.

“Of course it will be great for us to see the job through together, from the Central Area through to the British and up to No.1 with the WBO. It will be nice to cross the line to being world champion with the promoter that has guided me all the way through.”

Promoter Frank Warren has long banged the drum for the quietly-spoken Catterall, confidently predicting his world title credentials all along.

“Jack joined up with us as a relatively unheralded prospect, but I quickly identified that he was one who could go all the way.

“He jumped straight into tough fights against unbeaten opponents and proved that he had something special about him, so we set about building his world ranking and he currently occupies the No.1 spot with the WBO and is the mandatory challenger for the world title.

“I am delighted that he is sticking with us for the long-term so we can see the job through and enjoy many more successful nights in the future.”