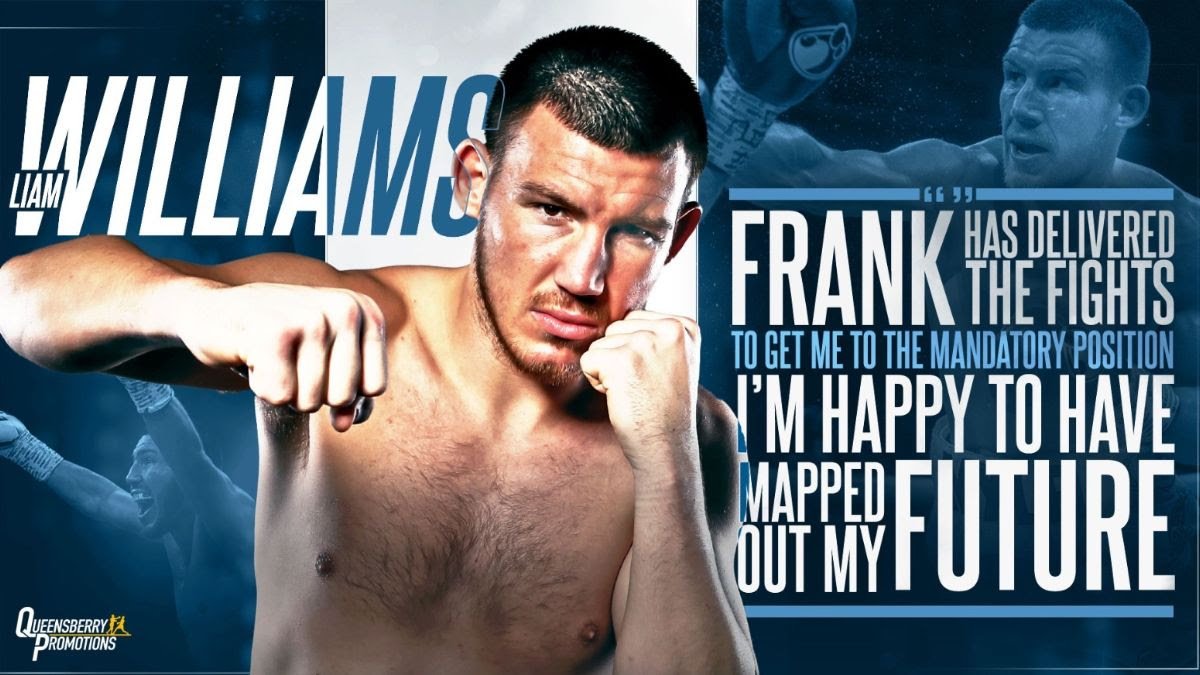 Williams, 28, has bludgeoned his way into a mandatory position for a shot at the world title held by Demetrius Andrade off the back of four blistering wins since stepping up to middleweight in December 2018 and becoming a two-weight British champion following a one-sided demolition of the previously unbeaten Mark Heffron.

He made a further defense three months later. He landed a clinically executed knockout of Joe Mullender in the second round, before stopping the never before stayed fierce campaigner Karim Achour in the summer of last year.

Williams rounded off 2019 by knocking the previously No.1 ranked Alantez Fox off his feet and his perch in the fifth round of a magnificent display of clinical brutality against the confident American, whose only loss before meeting the Welshman was on points to Andrade.

The Clydach Vale man (22-2-1) is now eagerly awaiting news of a soon-to-be scheduled purse bid for his challenge to Andrade and to discover whether the champion accepts his mandatory or vacates.

“I am happy to have mapped out my future, and my entire focus is on getting my world title shot and winning it,” said Williams in reaction to his new deal.

“I am so looking forward to the fight being made and becoming world champion. That is all that matters to me right now.

“We have been right for each other. Frank has delivered the fights to take me to a mandatory position, and I have done my side by winning them in the way I have. Nobody could ever say there has been any sort of failing on either side.

“It has all been good. I am happy and looking forward to moving forward.”

Promoter Frank Warren added: “I am delighted Liam has committed to us for the long-term and I am convinced we will soon have a world middleweight champion on our books.

“We have provided the opportunities for him since he moved up to 160lbs, and he has taken them and furthered his career in a way few would have imagined. He has taken the division by storm.

“He is fast becoming a bonafide star at the weight with his style of fighting and the way he goes about his business.

“Hopefully, we will have his world title shot nailed down as soon as possible, and I am sure it will be the first of many big world title nights for Liam moving forward.”