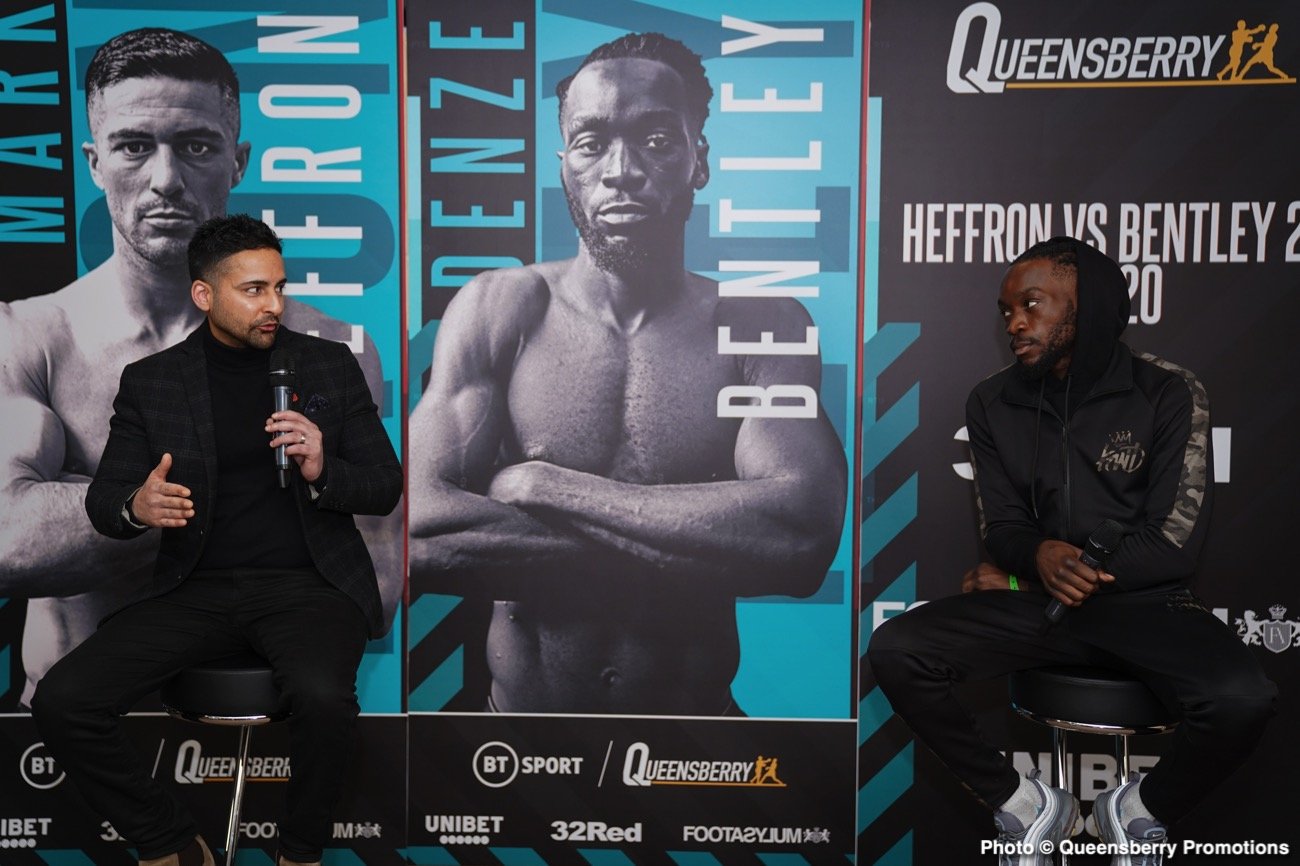 QUEENSBERRY PROMOTIONS can confirm that three positive coronavirus tests have been returned after the most recent batch of testing carried out by Prenetics.

The positive tests have come from the camps of Michael Rambaletsa, Kaisy Khademi and Masood Abdulah.

Consequently, the scheduled bouts between Michael Ramabaletsa and Chris Bourke, Kaisy Khademi and Ijaz Ahmed and Masood Abdulah and Levi Dunn have now been cancelled in line with the protocols of the British Boxing Board of Control and the Promoter.

The rest of the show’s participants, who have been isolating at a London base this week, have tested negative and the show will continue as planned with Mark Heffron and Denzel Bentley still main eventing for a chance to claim the vacant British Middleweight title.

Promoter Frank Warren said: “These are unprecedented times, and it is a huge shame to lose three great fights. I’m obviously gutted for the boys who have worked had for this week but I am pleased to see the excellent safety measures implemented by my team and the board are working so effectively.

“I am thankful to our partners at BT for working with us to ensure the event can continue safely, and fans can look forward to a cracking main event between Mark and Denzel.

“We wish those affected a speedy recovery.”

DOMESTIC MIDDLEWEIGHT RIVALS Mark Heffron and Denzel Bentley are all set to repeat their thrilling September encounter on Friday night – live on BT Sport – and this time the coveted British title is on the line.

Heffron (25-1-1) and Bentley (13-0-1) were given the opportunity today for a final say on how they think this highly-anticipated collision will play out in the ring and the questions and answers are detailed in full below.

The judges scored the first fight 95-95, what went through your head when you heard that?
DB: I was disappointed because I thought I nicked it and I thought the last round would give me the decision. At the end of the day we are in a better position now and I’ve got to make this one count.

Were you disappointed with the scores or a little bit disappointed with yourself?
DB: That is a good question. Maybe a bit of both, but the scores mainly. I thought I did what I needed to do apart from falling asleep in the middle rounds and allowing him to come back into the fight. Other than that, more so the scorecards.

A clear Denzel Bentley win in your eyes?
DB: Yes.

What makes you think you did more than Denzel?
MH: I just feel like I landed the much bigger shots, the more work and the cleaner shots.

Talk us through the knockdown. Were you hurt?
MH: Not at all. Not one bit was I hurt because I was more off-balance than anything. I got straight up and straight back on with it and I feel like I won the rest of the round.

Are you deluded, Denzel?
DB: Listen, there is one person saying he won every round of that fight so there is only one person that is deluded here.

You scored the knockdown in the fight. Did you think you had hurt him?
DB: No, I know I didn’t hurt him. He just walked into a shot, panicked and went down. I knew he wasn’t ready to go and that is why I didn’t jump on him. He is right, he wasn’t hurt.

There was a point in the fight when it looked like you were hurt with a clean shot landed by Mark. Were you hurt?
DB: It was a good shot. I wasn’t hurt, but it buzzed me a bit, my chin was in the air and I was a bit tired. It was a good shot that took me two seconds to recover from.

What can Mark do differently in the rematch?
DB: You have to ask him. I have no clue.

What can you change Mark? Do you feel you need to change anything?
MH: We’ve made a few changes that you will see on the night.

You have been with Michael Jennings a little bit longer. How much of a difference is that going to make?
MH: I’d been in the gym with Michael for one week and then we got the fight date. The last camp was more just getting fit for the fight. This camp we have got a good, good game plan and we’ve made a few changes.

Denzel, you are fighting a lot right now. You might be the most active fighter in lockdown, with also fighting in July against Mick Hall. Are you tired?
DB: No, I am alright, I’m happy, I’m active and a lot of people don’t have the opportunity to fight at all. I am grateful, happy and I appreciate it.

It felt like you changed your style from what we are used to. It felt like you went from being a big power puncher to a bit of a mover. Talk us through that?
DB: I didn’t change anything, it is just a side you haven’t seen before. Unless you have seen me in the gym or in the amateurs, you won’t know that I can do whatever I want to do in the ring. That is just the side I decided to show that day, the side I felt would win the fight. You don’t just go in there and think you will run through everyone. You’ve got to pick and choose.

Can you improve on the first performance? Do you have to improve? What do you need to do differently?
DB: I think I can improve in general and not just because of the first fight against Mark. I am going to improve throughout my career. I have only been a pro for three years and got to this level quickly despite not having a deep amateur career. I have improved quickly and there are more improvements to make.

Ahead of the first fight, you were saying; ’I’ll win”. This time you’re saying; ‘Tune in because I will stop him.’ Where has this confidence come from?
DB: It is not about finding confidence, but knowing what I can do. I feel like I am going to stop him and that is it.

Were there chinks in Mark’s armour in the first fight that maybe you didn’t exploit?
DB: You find that in anyone. I just feel I will stop him.

Has Mark got the power to stop you?
DB: He couldn’t finish me in the first fight and he isn’t going to finish me now.

You landed a big shot in round nine of the first fight. You have a big reputation as a fearsome puncher. What does it do for your confidence when you land clean and he’s still there?
MH: When you step up levels one shot doesn’t knock opponents out. That is where I have gone wrong in the past – admiring my shots and stuff like that. I have been working with Michael Jennings on not admiring my work, but putting shots together.

It’s your first 12 rounder and first crack at a British title. You have been accused of taking rounds off. This is 12 rounds. How can you not take rounds off?
DB: I will do what I need to do and be in that fight every round. It is not a matter of taking rounds off. It’s a matter of boxing how I feel is appropriate on the night. I did ten rounds last time and finished strong so the extra two rounds won’t hurt.

What will becoming British champion mean to you?
DB: It would mean a lot to me. I have been calling for this title for a while so to finally get a chance to fight for it is good. I’m happy for the chance and excited. Being champion of your home country is something else.

You have a WBO ranking, number 14 so there is a lot at stake.
DB: They saw the last fight.

What are you going to do differently?
MH: You’ll see how I am going to finish him on the night.

What do you think of that world ranking on the line?
MH: It’s a massive opportunity because there will also be a world ranking.

What is your final message?
MH: I hope he has worked hard, because I know I have. I can’t wait.

Anything you want to say to Mark?
DB: Just show up on Friday, Mark. 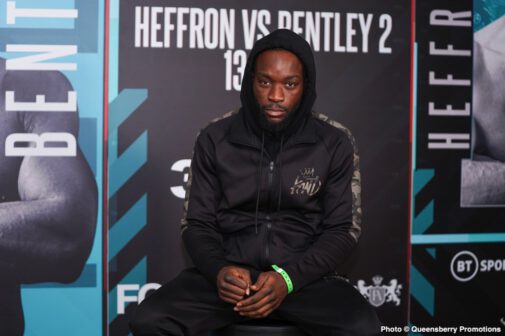 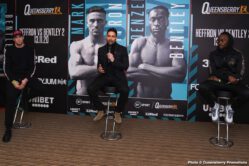 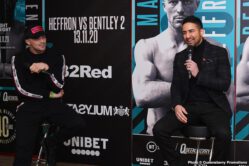 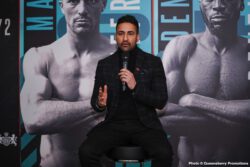 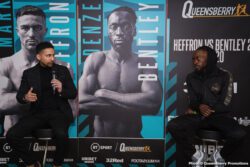 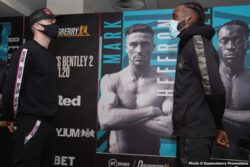 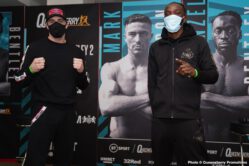 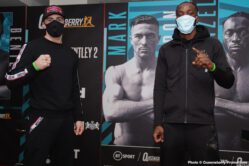 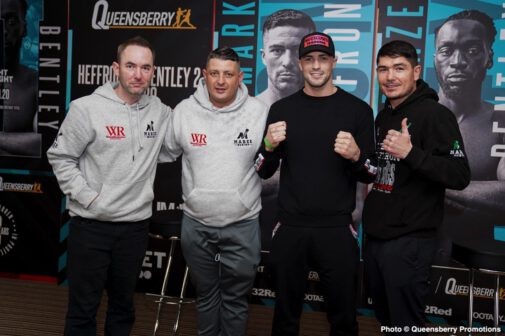 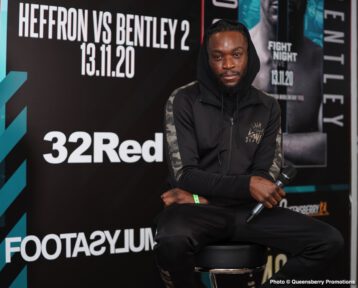 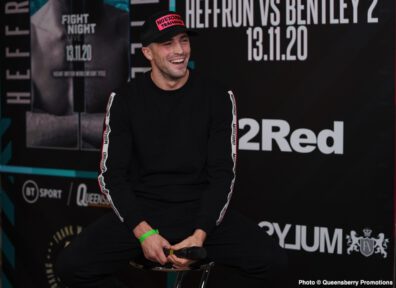 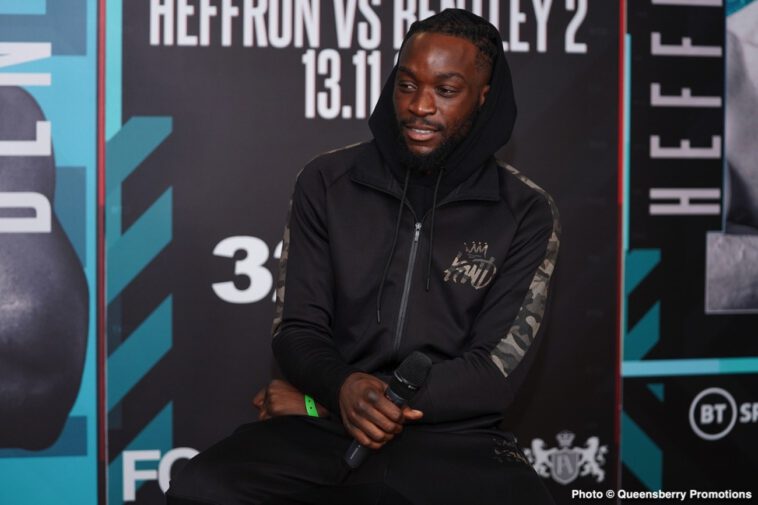