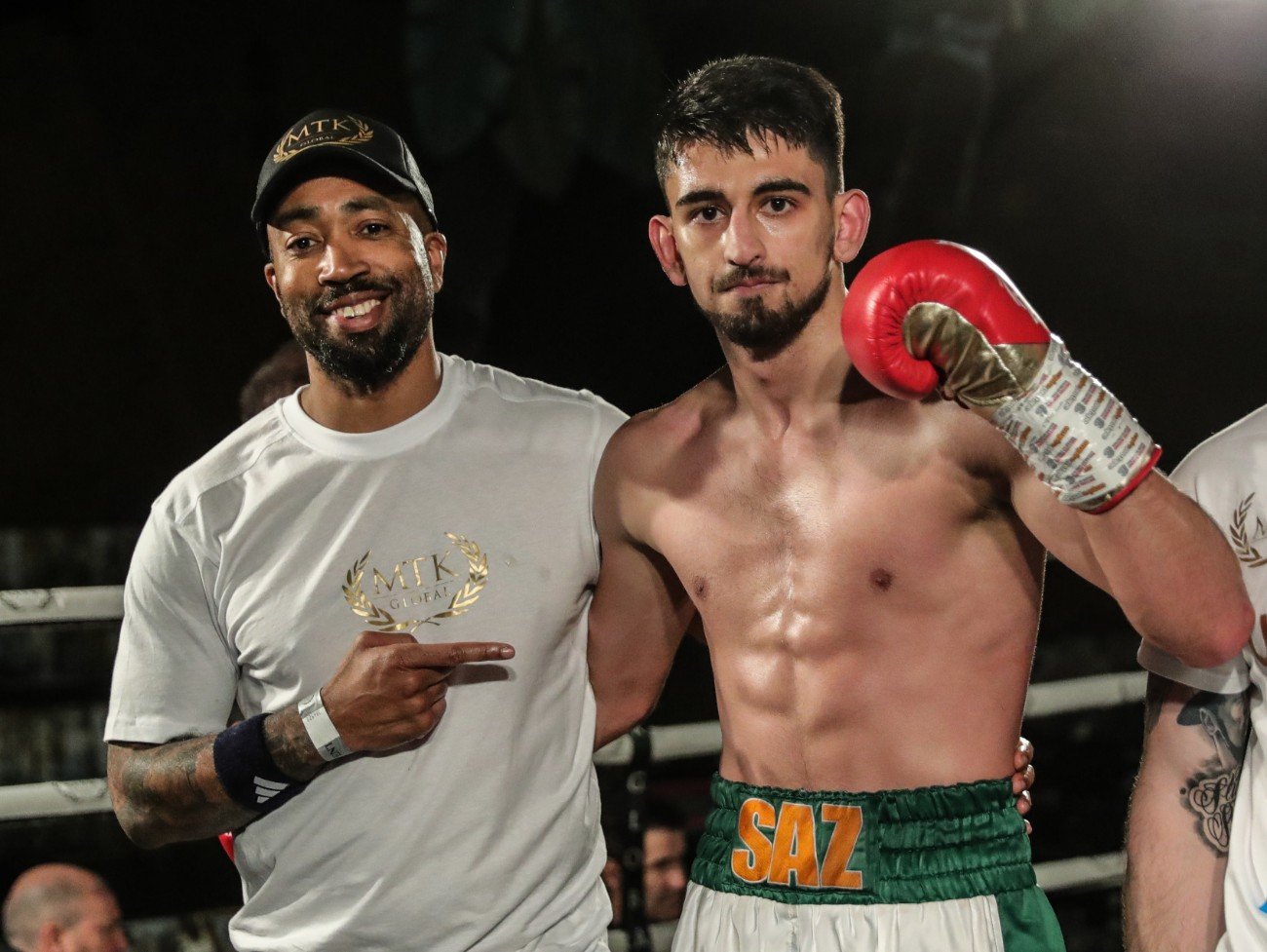 Maredudd Thomas has fired back at Sahir Iqbal ahead of their WBC Youth welterweight title showdown – insisting that this will be the fight where he displays his true power.

Thomas (11-0, 2 KOs) faces Iqbal (7-0, 1 KO) in a clash of unbeaten fighters on a massive #MTKFightNight at the LS-Live in Wakefield on August 12, live in the US on ESPN+ in association with Top Rank and worldwide on IFL TV.

Iqbal was in a very confident mood when discussing the fight last week, but Thomas has now responded in a big way, and is just as certain that he will be the one with his hand raised at the conclusion of the bout.

Thomas said: “He can say what he likes, I know he’s not underestimating me, and I’m glad he’s coming to fight because this will be where people get to see my power. This will be the first proper fight of his professional career.

“I think he’s a confident fighter, I’ve seen a couple of his fights but he hasn’t fought anyone for me to take much from. His best opponent has been Serge Ambomo, he did OK but maybe lost one or two rounds, so I know what I have to do to beat him.

I’m feeling good, I fought on the last MTK show in Cardiff just before the lockdown, and now I’m on the first one back. I’ve been in the gym since my last fight and I’ve had my brothers with me pushing me even when we didn’t have a date.

“I don’t think it will be too bad with no fans, I’m just happy to be getting back out so soon, and I know my supporters will be watching from back home.”

Sahir Iqbal admits he hasn’t seen much of opponent Maredudd Thomas – but insists that from what he has seen, he feels he’s better in every department.

The unbeaten fighters will clash when Iqbal (7-0, 1 KO) faces Thomas (11-0, 2 KOs) for the vacant WBC Youth welterweight title on a massive #MTKFightNight at the LS-Live in Wakefield on August 12, live in the US on ESPN+ in association with Top Rank and worldwide on IFL TV.

It’s a fight that was initially set to happen earlier this year, and Iqbal is certain that the extra time has allowed him to become even more sure of a victory.

Iqbal said: “I’ve not seen much of Thomas to be honest, but I’m confident in what I’ve seen that I’m superior in every aspect to get the job done. I know he’ll come to fight which is what I wanted in an opponent, so it’ll be a good bout.

“Initially we were meant to fight in May, and I think the extra time has helped massively as I’ve added a new strength and conditioner to my team, so I’m feeling fitter and stronger than ever.

“It’s been a little weird over the last few months having to stay away from relatives or not meeting with friends, but it’s not been too different to when I’m in training camp.

“I’ve not had any time off since the lockdown began as I’m lucky enough to have a gym at home which has most of what I needed to train, so I’m feeling more than ready to put on a show on fight night.”

Iqbal vs. Thomas is part of a huge show on August 11, which is headlined by Jono Carroll vs. Maxi Hughes and also features Sean McComb going up against Siar Ozgul, Craig MacIntyre taking on Darren Surtees, and Pierce O’Leary facing Harry Limburn.