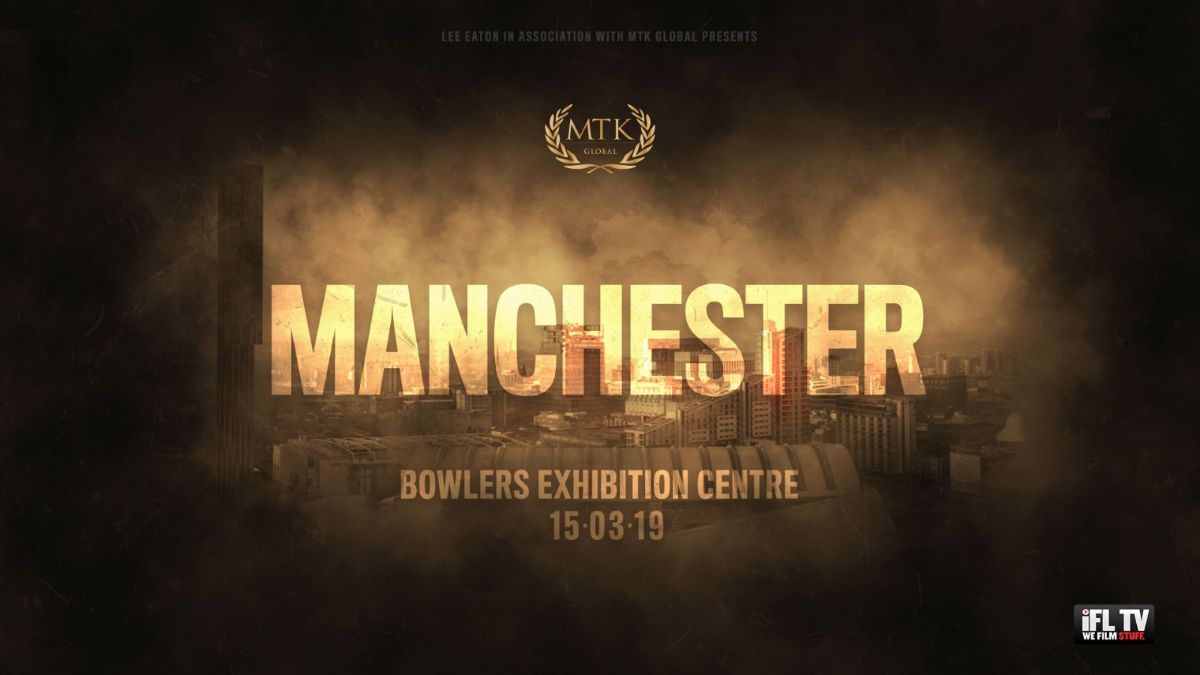 Macaulay McGowan has revealed that linking up with a new trainer helped to get him back on the straight and narrow as he prepares for his first fight in over 18 months.

McGowan (12-0-1) makes his return when he competes at Bowlers Exhibition Centre in Manchester on March 15 – live on iFL TV.

It is his first fight since joining trainer Ben Lancaster at The Shed, and McGowan has made it clear just how vital that was to his comeback.

McGowan said: “I had a lot of growing up to do outside the ring. I’m with Ben Lancaster now and without him I wouldn’t be fighting.

“He has really helped me get back to where I needed to be. When I went to him in September, I was 15 stone, but thanks to him I’ve become part of the family.

“I was looking for a coach who I could be with for the rest of my career, and I think I’ve found it. I’m training with dedicated kids who are all hungry. My biggest flaw has been consistency. I have the ability and talent, but now it’s time to turn the screw and perform at my best.

“It’s been a long time coming this fight. I haven’t been in the ring for around 18 months so my friends and family can’t wait. We’ll shake the cobwebs off in March and then look at big fights later in the year.”

Mike McGoldrick says he has never felt as fit as he does now as he prepares to make the step up to six rounds in his next fight.

McGoldrick (3-0) is back in action at the Bowlers Exhibition Centre in Manchester on March 15, and he’s hoping to show everybody just what he is capable of over a longer distance.

McGoldrick said: “I can’t wait to step up to six rounds. I’m feeling fitter than I ever have before and I’m wanting to challenge myself.

“The four round fights felt quite short as you can’t really get into your stride, so I’m looking forward to getting in there and accelerating my way up to 10 rounds as quickly as I can.

“The progress I’ve made has been brilliant with Johnney Roye at MTK. Every time I go down there, I learn more technical stuff about boxing each time.

“I’m really happy with the strides I’ve made since my debut and I feel like I’m a more complete fighter now.

“We’re taking it one fight at a time, so my aim right now is just to stay injury free and make sure I’m fight enough to eventually get to 10 rounds.”

The event at Bowlers on March 15 will be shown live on iFL TV, and features a WBO European title fight between Davey Oliver Joyce and Stephen Tiffney.

Craig Bunn is looking to put a difficult year behind him when he makes his return to the ring in March.

Bunn (9-1-2) fights on an MTK Global show at Bowlers Exhibition Centre in Manchester on March 15, streamed live on iFL TV.

He heads into that bout after a draw and a loss in his last two contests. Issues in his personal life affected him during those fights, something which thankfully he is now over.

Bunn said: “My last two fights were terrible, but I had a lot of personal problems outside of the ring. I definitely feel in a better place now so things are looking up.

“I’m not using that as an excuse. I still went into those fights and the better men won, but I’m in a good place mentally now and I can’t wait to get back in there.

“I’ve managed to overcome those issues that I had outside of boxing so I feel like I’ve won already. I think my last two fights may have been a blessing in disguise. I’ve been ticking over in the gym since my last fight and I’m confident we’ll see the best of me moving forward.

“Age is just a number. I look after myself outside of the ring and I truly believe I can win a British title in my career. I’m fighting at super-middleweight now so I’m going to give it 100 per cent and I’ll see how far I can go.”

Undefeated featherweight Raza Hamza will be back in action on the MTK Global show at Manchester’s Bowlers Exhibition Centre on March 15.

Hamza was last seen producing a crunching stoppage victory over Johnson Tellez in Leicester back in October and will be eager to take another significant step on his journey towards titles.

Bidding to bounce back from a title defeat is middleweight Sheedy (10-1-1-KO4), who was denied the Central Area strap by Matthew Wigglesworth in an entertaining to-and-fro battle last summer.

Returning to action after around 18 months out will be the promising super-welterweight McGowan (12-0-1-KO2), while light-heavyweight Bunn (9-1-2-KO2) begins the year keen to stay active.

Barrovian McGoldrick (3-0) continues to build in his first six-rounder on a card topped by the WBO European featherweight title fight between Mullingar’s undefeated Davey Oliver Joyce and Scotland’s Stephen Tiffney.

MTK Global has confirmed a fight night in Manchester at Bowlers Exhibition Centre on March 15 to be streamed live and free on iFL TV.

Some of the top talent in the area will be on show with the likes of Liam Conroy, Ben Sheedy, Macaulay McGowan, Mike McGoldrick and Ryan Briscoe set to feature.

Other popular local heroes in line to take to the stage include Damien Chambers, Sahir Iqbal, Chris Brown, and Ryan Briscoe – and MTK Global CEO Bob Yalen is enthusiastic over the prospect of returning to one of the UK’s top fight cities.

Yalen said: “The show announcements just keep on coming and no busy schedule would be complete without a stop in the famous fighting hotbed of Manchester.

“The city has always produced countless great fighters and oceans of passionate fans – you only need to recall Ricky Hatton taking thousands of his supporters over to the U.S for his clash with Floyd Mayweather for confirmation of both.

“There’s nothing quite like grass-roots boxing. The company enjoyed putting on some excellent fights in Manchester last year and now we’re back looking to provide the fans with what they want once again.”

Further fighters and the headline acts will be announced in due course.